The 5 Types of Alcoholics 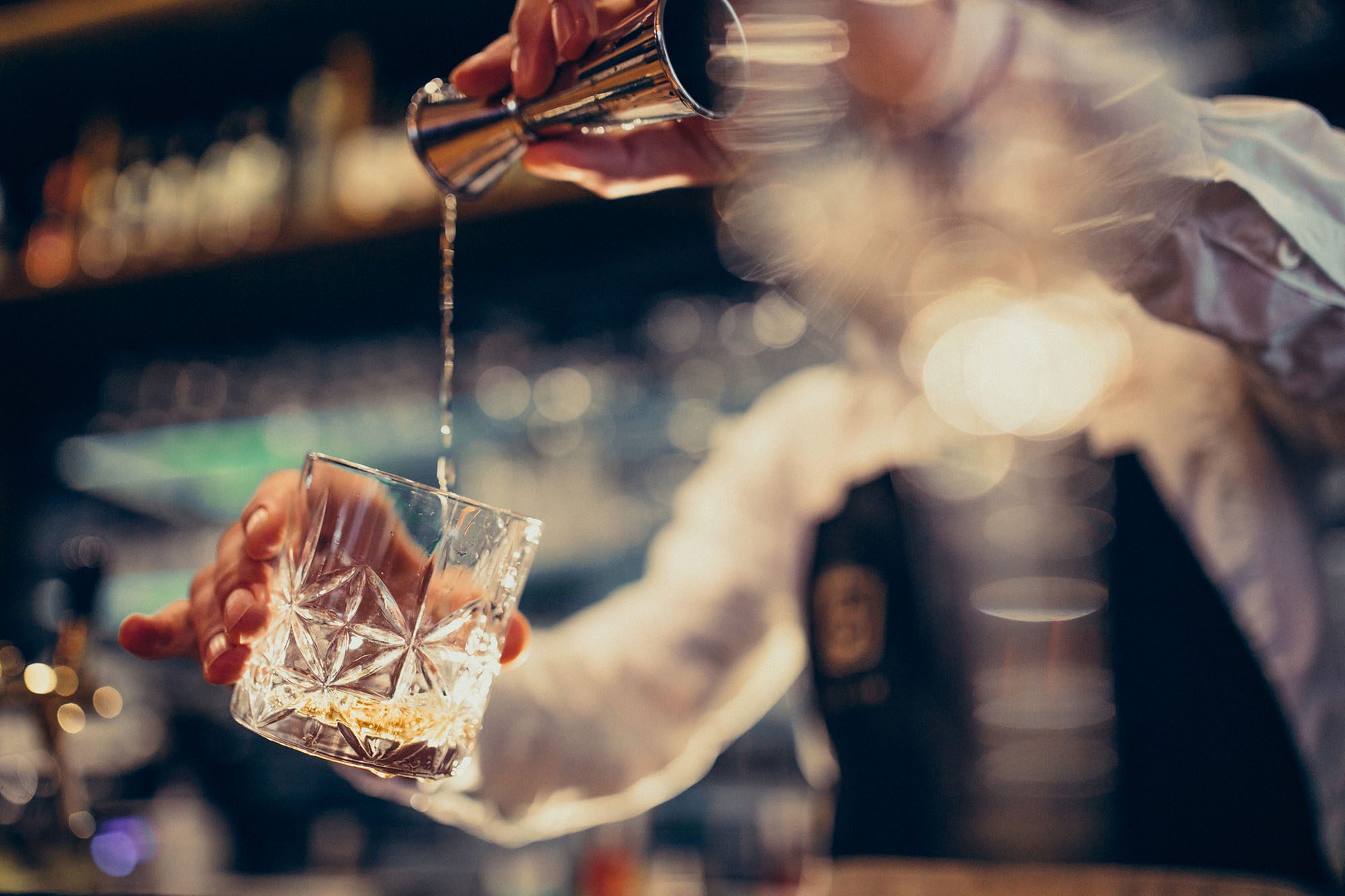 However, clinicians and other experts in alcohol use disorders use classifications to make identification, diagnosis, and treatment simpler. This, in turn, can make it easier to produce better outcomes for more patients.

In 2007, researchers at the National Institute on Alcohol Abuse and Alcoholism (NIAAA), part of the National Institutes of Health (NIH), working together with researchers from the National Epidemiological Survey on Alcohol and Related Conditions (NESARC), published findings on a national sample of patients with alcohol dependence (alcoholism), a condition now more properly described as alcohol use disorder (AUD). In this study, they identified five distinct types of alcohol dependence.

Ting-Kai Li, M.D., the director of the NIAAA at the time of the study’s release said, “Clinicians have long recognized diverse manifestations of alcoholism… and researchers have tried to understand why some alcoholics improve with specific medications and psychotherapies while others do not. The classification system described in this study will have broad application in both clinical and research settings.”

It’s worth reemphasizing that the terms “alcoholic,” “alcohol dependence,” and “alcohol abuse” have all been made obsolete in 2013, with the release of the Diagnostic and Statistical Manual of Mental Disorders (DSM-5), which consolidated alcohol abuse and alcoholism/alcohol dependence as one condition—alcohol use disorder.

While the mainstream medical view on alcohol misuse has shifted slightly since the “5 Types of Alcoholics” were identified in 2007, the results of the study are still relevant and continue to be cited in current research.

What Are the 5 Types of “Alcoholics”?

Previously, there were problems identifying individuals with alcohol misuse problems because the types of people likely to seek treatment have behavior and use patterns different from other people who misuse alcohol. This presented a significant hurdle for both clinicians and researchers as well as for policymakers tasked with curbing substance abuse in the wider community.

The researchers of the 2007 study drew data from 1,484 NESARC survey respondents who were diagnosed with alcohol dependence. Critically, the study included data from respondents that were not seeking treatment at the time, in addition to those who were currently seeking treatment. The respondents’ patterns of alcohol misuse, their family history, the presence of underlying mental conditions, the age they started drinking, and their misuse of substances other than alcohol were studied to find recurring patterns across the entire data set.

From their analyses, the researchers were able to group alcohol dependents into five subtypes. These subtypes are as follows:

This is the second most common subtype, at the time of the study, with 21.1% of the total respondents. Among the five groups, young antisocial types are the likeliest to start drinking early and are highly likely to have an AUD by the time they are 18. Over half of the individuals in this group have a co-occurring antisocial personality disorder. Other psychiatric disorders such as depression, social phobia, obsessive-compulsive disorders, bipolar disorders, and others are found at high rates in this group. This group also has the highest rate of misusing substances other than alcohol, including marijuana, tobacco, methamphetamines, opioids, and cocaine. The study showed that 3 in 4 young antisocial individuals are male.

People in this group tend to have the lowest educational levels, employment, and income of all the five groups. Around 35% of young antisocial individuals have sought help for their drinking problem, making them among the most likely to be treated.

These are likely one of the better-known types, with “functional alcoholics” or “high-functioning alcoholics” being a well-known trope in pop culture. People in this group are gainfully employed and generally have some stable relationships. The median age for this group is around 41. In contrast to people in other groups, people in the functional subtype tend to start drinking late (18 or older) and develop an alcohol use disorder later in life (around 37). About 40% of people in this group are female, making it the grouping with the largest proportion of females.

Functional individuals have moderate rates of depression. However, compared to the other groups, they are far less likely to have other psychiatric disorders. They are also less likely to misuse other substances, though many in this group will also use tobacco.

Individuals in this group tend to be highly educated and are less likely to have legal troubles. However, they are ironically the least likely to seek treatment, with less than one in five people in this grouping having sought help at the time of the survey. Their friends and family may not realize they have an AUD as they tend to remain productive and may even be looked up to by their community.

In contrast to the other subtypes, people falling under the intermediate familial subtype are extremely likely to also have other family members that misuse alcohol. They tend to start drinking young, though not as young as those in the young antisocial subtype. They also tend to develop a full AUD in their early 30s, compared to those in the functional subtype that tend to develop them later.

They are also similar to those in the functional type in that many of them can hold down jobs. However, they are far less likely to have job stability and have relatively high rates of other psychiatric disorders, including depression, anxiety, antisocial personality disorder, bipolar disorder, and others. Unlike those in the functional type, those in the intermediate familial subtype are very likely to also have use disorders for cocaine, marijuana, and other substances.

About 64% of people in this subtype were male at the time of the survey, making this grouping one of the more likely ones females with an AUD will fall under. While they tend to have full-time jobs, they tend to have lower incomes than those in the functional subtype. Of the five subtypes, they are not especially likely or unlikely to seek help for their drinking.

The worst negative pop culture stereotypes of AUDs often apply to this group. However, this subtype is the smallest, only accounting for 9 percent of those surveyed. They are also the most likely to seek treatment, which may explain the skewed popular perception of alcohol misuse.

Individuals in this grouping are mostly middle-aged and had started drinking from an early age. Antisocial Personality Disorder is prevalent in this grouping, as are other psychiatric conditions, including depression, anxiety, and bipolar disorder. Individuals in this group are the most likely to be involved in criminal activity and have especially high rates of marijuana, opiate, cocaine, and tobacco use. About two-thirds of chronic severe individuals will seek help, making them among the most common type of AUD patients in rehabilitation.

About 4 out of 5 people in this group experience painful or extremely uncomfortable withdrawal symptoms if they stop their alcohol intake. They are also the most likely to need emergency room visits as a result of their drinking. Counter-intuitively, people in this group do not have the highest alcohol intake, with their intake being lower than those in the young antisocial subtype.

If you feel that you or close family members fall under any of the 5 types above, please consult a qualified medical professional immediately.

The classification of heavy alcohol users into different subtypes was a breakthrough for researchers, treatment specialists, and policymakers. It further drove home the idea that not all AUD cases can be handled the same way and paved the way for more effective individualized treatments and policies to curb AUDs. One of the ways to find support is to go on alcoholics anonymous (AA) meetings. Another way is to find the best alcohol rehab center near you.

It’s important to note that a few things have changed since the NIAAA published the study in 2007. Americans are drinking far less than they have in recent memory and the terms “alcoholism,” “alcohol dependence,” and “alcohol abuse” have been rendered outdated by the DSM-5 in 2013. However, the findings remain broadly true and have even been applied with success to other substance use disorders. It’s likely that the “5 Types” model will continue to be revisited and will remain relevant for future research and treatments.