GHB is short for gamma hydroxybutyrate, a central nervous system depressant that causes its users to feel less inhibited, sluggish, and intoxicated. 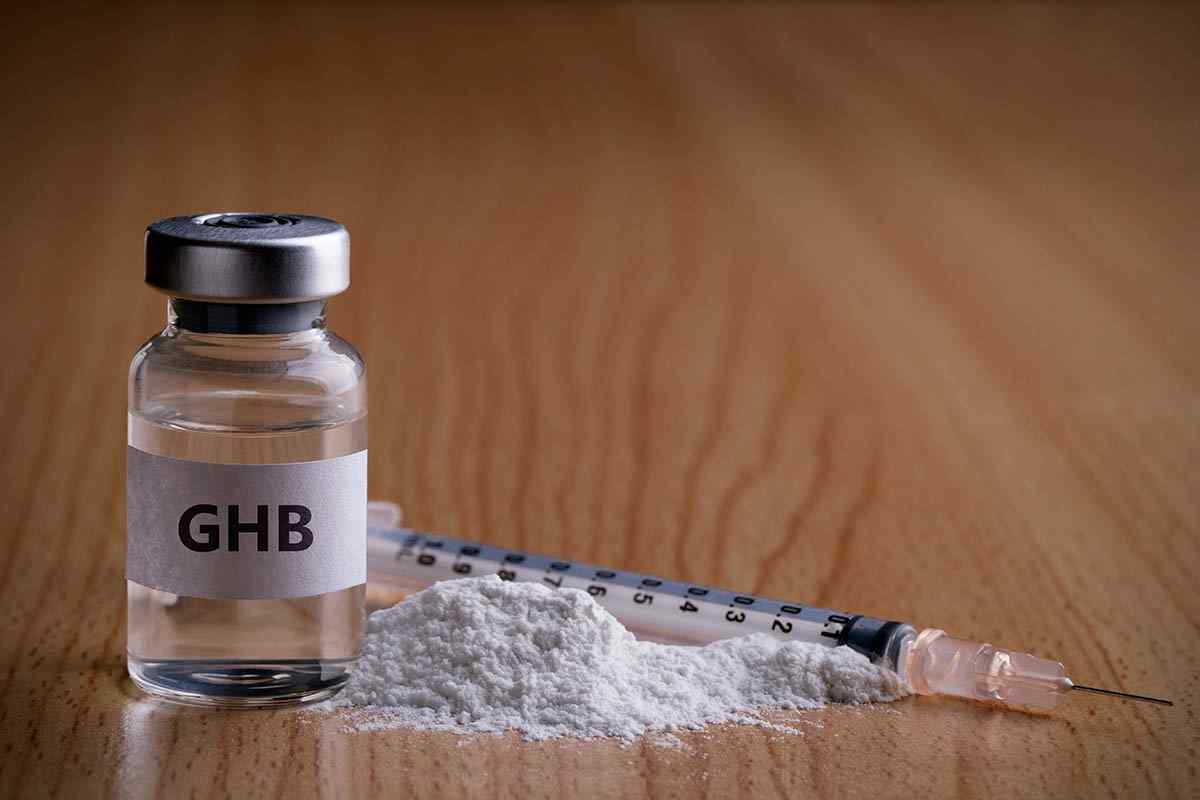 GHB is naturally found in the body and in small amounts in certain foods and beverages . Those who wish to achieve a high, however, take its synthesized form in powder or liquid.

In the United States, GHB is classified as a Schedule I drug, which means that the drug has high addictive potential, no medicinal/therapeutic use, and is not safe to use. Despite its illegal status, GHB is still widely used in nightclubs, raves, circuit parties, and sex clubs, where users take GHB for euphoria, increased sex drive, and heightened sensations.

Aside from being illegal, GHB is notorious as a date rape drug. When mixed with strong-tasting beverages or alcohol, GHB is colorless and odorless, and its salty taste is easily masked. When under the effects of GHB, the individual who ingested the dose often experiences memory loss and blackouts. Perpetrators take advantage of these effects by placing the drug in drinks, oral sprays, and other paraphernalia to lure unsuspecting victims.

Learning more about what GHB is about and its effects may help you avoid becoming a victim and identify the signs if a loved one is suffering from a GHB dependency.

A Brief History of GHB

The family of compounds that GHB belongs to was first synthesized in the late 19th century, but its widespread use did not start until much later. In the 1960s, GHB was used as an anesthetic for childbirth in different parts of Europe, including France and Italy. In the 1970s, the scientific community began studying the potential use of GHB in treating hypersomnia and narcolepsy-associated cataplexy.

In the 1980s, GHB became increasingly popular when it was made available to the masses. It was marketed as a muscle developer, fat burner, and growth hormone enhancer, though no proof existed of its hypertrophy-inducing or performance-enhancing effects. At that time, the drug could be purchased without prescription in health food stores and other health establishments.

Soon after, the harmful effects of GHB abuse came to light. Several cases of GHB-related poisoning sprung up, affecting at least 100 people. In response to these cases, the Food and Drug Administration declared GHB unsafe and illegal, except for FDA-approved conditions. In October 1996, Congress passed the “Drug-Induced Rape Prevention and Punishment Act,” which increased federal penalties for using controlled substances to assist in sexual assault. This legislation ultimately led to the classification of GHB as a Schedule I drug four years later.

How Does GHB Work in the Human Body?

GHB is a depressant. This type of drug causes brain activity to slow down and make users feel relaxed. GHB targets various receptors in the brain, specifically the gamma-aminobutyric acid (GABA) and GHB receptors. Disrupting their natural processes reduces brain activity and causes users to feel dizzy and sleepy in low doses.

The effects of GHB commonly begin within 15 to 30 minutes and peak within 20 to 60 minutes. The average time it takes for these reactions to wear off lasts from three to six hours.

In general, GHB does not stay in the body for too long—no longer than 24 hours on average. Various factors such as sex, weight, activity level, metabolism, and hydration level influence how quickly the body breaks it down. Hence, if you suspect getting drugged, instead of going to the bathroom and cleaning yourself, go to the hospital immediately for a check-up and a urine sample.

How is GHB Taken or Administered?

GHB comes in tablet, capsule, powdered, and liquid forms. It is most often taken orally, but GHB can also be snorted or injected when mixed in a liquid.

The most common and well-known method to take GHB is to mix it with a flavored drink or alcohol. This method helps avoid detection by masking the drug’s soapy or salty taste with the beverage’s flavor.

To heighten GHB’s effects, users may mix the drug with other illicit substances, including MDMA, ketamine, and methamphetamine. While these mixtures may intensify the effects of GHB, mixing substances also puts the user at risk of more severe reactions like seizures and delirium.

What are the Immediate and Long-Term Effects of GHB Abuse?

How the body reacts to GHB highly depends on the dose and the potency of the drug. However, it is difficult to find out how pure or potent a packet of GHB could be since there is no standard for manufacturing in clandestine laboratories. Hence, users cannot ascertain how their bodies will react after taking a dose of GHB. Moreover, it is possible for what seems like a small dose of GHB to actually have high enough potency to induce severe side effects.

To elaborate further, here are some of the common short-term effects a user will experience after ingesting the drug:

The risk of overdose from using GHB is high. Its symptoms include seizures, vomiting, respiratory ailments, and blackouts. Some people misconceive that taking GHB is safe when taken in small amounts. However, since the potency of a dose can vary significantly from one batch to another, it is possible to overdose on what appears to be a small amount to the naked eye.

If you notice someone you care about displaying any of the effects above (especially if they did not intend it), seek emergency care by bringing them to the hospital or calling for medical help.

Frequent use of GHB has been linked to several changes in the brain. A 2018 study from the European College of Neuropsychopharmacology revealed that users who experienced multiple GHB-induced comas experienced several negative effects compared to those who used drug combinations but did not use GHB.

Through an adult reading test and brain scan, researchers found out that chronic GHB use had negative effects on long-term memory, IQ, and working memory. Moreover, regular GHB users also experienced higher levels of stress and anxiety compared to nonusers.

More studies and evidence are needed to have a better understanding of GHB’s long-term effects on its users. It is clear, however, that GHB abuse has lasting effects more than the occasional high.

Signs of GHB Use Disorder

GHB is often called a “deceptive” drug. While it does not generate a physical dependency in its users, the euphoric state and heightened sensuality it induces can prompt a psychological addiction to the substance. Over time, regular users of GHB may develop a substance use disorder.

Based on the latest parameters of the Fifth Edition of the Diagnostic and Statistical Manual for Mental Disorder (DSM-5), an individual may have substance use disorder if they exhibit at least two of the following symptoms:

Moreover, since the body breaks down GHB quickly, withdrawal symptoms may appear again within one to six hours from the last dose.

If you notice a family member, friend, or loved one exhibiting any of the symptoms listed above, do not hesitate to seek help. At this point,  medical intervention is needed to address the user’s condition.

Rehab and Treatment for GHB Use Disorder

To sustainably recover from GHB abuse, health professionals will apply a long-term treatment plan that will help patients stay on track. A healthier lifestyle, positive decision-making, and healthier coping mechanisms are some of the things patients will learn as they rehabilitate.

Quitting a highly addictive drug such as GHB can feel like a constant uphill battle, but you do not have to go through it alone. Recovering from substance use disorder becomes significantly more achievable with the support of loved ones and the right professional help.

Better Addiction Care is here to help you achieve that goal. We can assist you in finding the best rehab center for you, as well as assisting in enrollment and preparing an after-care program. Break the grip GHB has on your life and start your journey to sustained sobriety. For more information, call our hotline or fill out our contact form to begin the healing process today.