Methylphenidate is more commonly known by the brand name Ritalin. This medication is prescribed to treat attention-deficit hyperactivity disorder (ADHD). 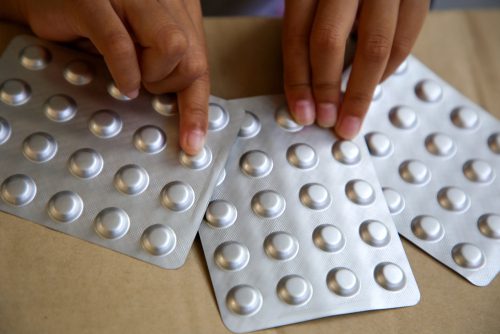 The drug has been studied since its introduction in the 1950s and is considered safe when used as prescribed. However, there is potential for the misuse of methylphenidate. As with other stimulant drugs, methylphenidate has found use as a study aid, a party drug, or a way to help individuals function through long work hours.

Methylphenidate and other stimulants in this class have long since developed an illicit market for these applications, earning several street names, including “smarties,” “vitamin R,” “kiddie coke,” “diet coke,” and “skittles.”

A Brief History of Methylphenidate

Methylphenidate was first synthesized in 1944 and patented 10 years later in 1954. The Ciba-Geigy Pharmaceutical Company marketed it the following year under the brand name Ritalin, by which the drug is still best known today.

It was initially intended for treating lethargy and depression, as well as narcolepsy, much in the same way earlier amphetamine and methamphetamine class drugs were being used at the time. Over the years, as with other stimulant drugs of the era, it eventually developed a following among students, competitive athletes, long-haul truck drivers, and night shift workers. While not developing the same kind of reputation as benzedrine, an earlier stimulant-type drug, it has proven to be comparatively safer compared to many other similarly-misused prescription stimulants.

Today, methylphenidate is no longer prescribed for as many conditions as it previously was. However, it is now considered to be an essential medication for the treatment of ADHD and narcolepsy. It is only rarely still used to treat depression or lethargy.

Novartis Pharmaceuticals Corporation continues to produce methylphenidate under the brand name Ritalin and the drug is now considered an important first-line treatment for ADHD and related conditions.

However, as physicians have become better at identifying ADHD, the necessary prescriptions for methylphenidate have likewise increased, which has raised the chances of unauthorized access and subsequent misuse. Today, the US Federal government as well as some state governments have regulations aimed at preventing the non-medical use of methylphenidate and other similar stimulant drugs.

Methylphenidate, most commonly known as Ritalin, is prescribed to treat attention-deficit hyperactivity disorder (ADHD), as well as narcolepsy. In rare cases, it is used to treat depression, particularly in the elderly or in terminal cancer patients. The drug acts as a stimulant and has habit-forming properties.

Prescriptions for this drug have increased in the past few years, resulting in higher availability and more instances of misuse. This is considered to be a “study drug,” used to create feelings of focus and high energy. The drug is often misused to increase productivity. If a person takes a higher dosage of the drug than prescribed or they snort or inject the drug, this is considered misuse and opens the door to the risk of substance use disorders.

Immediate Side Effects of Methylphenidate

As with any drug, common side effects are associated with methylphenidate. These include:

More serious side effects that require medical attention include:

If you have experienced any of these side effects, you should contact a doctor immediately to avoid complications.

Long-Term Side Effects of Methylphenidate

For years, it was believed that there were no long-term effects to methylphenidate use. However, recent studies have indicated that this medication has the potential to cause long-lasting changes to the structure of human brain cells. This damage is similar to that seen in frontal lobe syndrome, which inhibits a person’s impulse control. Frontal lobe damage contributes to the onset of clinical depression. Unsurprisingly, given these facts, the most prevalent long-term effects of methylphenidate are psychological.

In the case of a substance use disorder, the psychological long-term side effects of methylphenidate will be more severe, depending on how long the drug was used. These consequences may include psychosis, depression, psychological dependence, violence, and hallucinations. If a person is compulsively taking methylphenidate, they must seek treatment at a rehab facility to address these psychological symptoms. Rehab centers can provide access to forms of therapy that will help ease psychological issues and other side effects.

Signs of a Methylphenidate Use Disorder

Other signs of the chronic misuse of methylphenidate are social and psychological. If someone continues to seek the medication despite the financial strain of obtaining the drug, they likely have a substance use disorder. A substance use disorder, whether related to methylphenidate or some other drug can affect a person’s work performance and their relationships as they prioritize the drug over all else. Long-term misuse of methylphenidate can have severe psychological consequences, such as delusions, paranoia, hallucinations, mania, and violence.

Recovering from a methylphenidate use disorder should never be undertaken alone, as after the physical symptoms are managed, the psychological symptoms leave a person vulnerable to relapse. When seeking treatment at a rehab center, a person will receive the support, knowledge, and treatment needed to recover and stay sober in the face of challenges.

Methylphenidate raises levels of dopamine in the brain. Once the brain becomes used to these chemicals, it begins to rely on the drug. Tolerance increases and a restructuring of the brain’s reward pathways happens, leading to methylphenidate withdrawal symptoms in the absence of the drug.

Withdrawal symptoms will vary from person to person, but generally, a person with a methylphenidate use disorder will experience symptoms 12 to 24 hours after cessation of use. The most severe stages of withdrawal usually occur in the first few days after drug use stops. These symptoms can include:

How Are Methylphenidate Use Disorders Treated?

There are many benefits to undergoing withdrawal from methylphenidate in a vetted rehab center. Under medical supervision, an individual will be able to taper off of the medication, which can ease some of the worst withdrawal symptoms. They will also have access to medical and psychological treatment for related symptoms.

Substance use disorders are partly physical and partly psychological, and both aspects must be addressed to have a successful recovery. In most cases, withdrawal can be overwhelming and frightening. Without a plan to deal with these symptoms, it is easy for an individual to relapse, continuing the vicious cycle. The best way to deal with cravings is to formulate a plan and go through withdrawal in a safe, stable environment. Rehab professionals can provide all of these things.

A treatment facility will offer activities that calm anxiety caused by withdrawal and lift the individual’s mood. Many people hooked on methylphenidate experience insomnia, nightmares, and a disrupted sleep schedule, but professional care can help get the client back on track and back into a proper sleep cycle. Seeking treatment at a recovery center will make the withdrawal and healing process easier and greatly increase the odds for long-term success.

Have you been struggling with methylphenidate? Are you concerned about methylphenidate’s long-term effects? Maybe you are concerned about a loved one and aren’t sure where to turn. If so, we can help. Better Addiction Care is here to help you find cost-effective recovery that is the best fit for you. When you call us, you will speak with our compassionate client care specialists. They will get an understanding of your needs and help you create an individualized plan for recovery with our national network of treatment centers.

When you contact us, we will help you find a customized plan for recovery. We will connect you with a rehab center near you that best suits your personal needs. We can explore your financial and insurance options and create a manageable plan for treatment that fits you.

At Better Addiction Care, we believe you deserve the best treatment. We want you to get sober in a safe, comfortable environment. Call today or fill out our contact form to get help now.