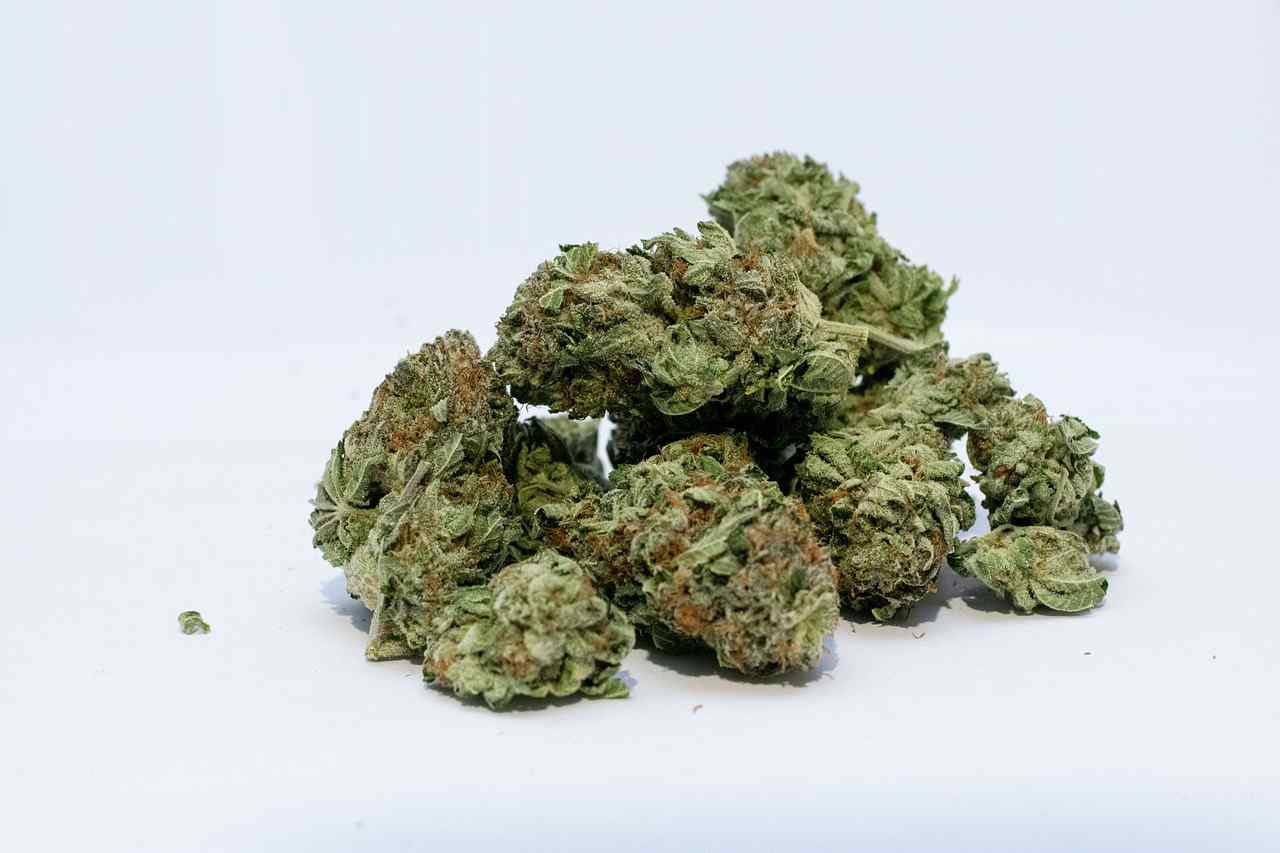 Spice is one of the multiple street names for the synthetic cannabinoid drugs that are manufactured and are imbued into a wide variety of herbal mixtures. These chemicals are referred to as cannabinoids since they act on the same brain cell receptors as tetrahydrocannabinol (THC), the marijuana plant’s main psychoactive component. Because of this similarity, spice or synthetic cannabinoids are sometimes misleadingly referred to as “synthetic marijuana” or “fake weed,” and they are often promoted as a natural, safe, and legal alternative for marijuana. However, it is worth noting that synthetic cannabinoids are not completely safe. In fact, their effects are often much more potent and more dangerous than marijuana.

For many years, synthetic cannabinoids have been relatively easy to purchase. Consumers used to buy them in drug paraphernalia shops, gas stations, novelty shops, and through the internet. But because the chemicals used in these substances have a high potential for abuse and no medical purpose, the Drug Enforcement Administration (DEA) eventually made it illegal to sell, purchase, or possess many of these chemicals. To sidestep these laws and avoid criminal prosecution, manufacturers altered the chemical formulation of spice or synthetic cannabinoids to create new and presumably “legal” products. Some makers labeled their products “not for human consumption,” which is just another attempt to make the mind-altering substances widely available to the general population.

According to the Centers for Disease Control and Prevention (CDC), synthetic cannabinoid users are predominantly individuals in their 20s and 30s. However, a recent study[1] published in the Primary Care Companion for CNS Disorders revealed that the use of such substances is increasing among adolescents. If you are concerned about the impact of spice use among teenagers or are interested in knowing more about synthetic cannabinoids in general, keep reading. This guide will provide a comprehensive overview of the critical facts you need to know about this drug, from its history and methods of administration to its effects on the human body and how addiction to spice or synthetic cannabinoid is treated.

A Brief History of Spice

In 1964, scientists discovered the structure of delta-9-tetrahydrocannabinol (Δ-9-THC), the cannabinoid molecule present in marijuana. From there, many scientists became interested in the effects of Δ-9-THC and other similar molecules on the brain.

In 1995, Professor John W. Huffman of Clemson University in South Carolina created a molecule that bound to the cannabinoid receptors about five times as strong as THC, even though it had an exceedingly different structure than Δ-9-THC. This molecule is now known as JWH-018, an aminoalkylindole substance used in the formulation of cannabis substitutes. As with many other scientists, Huffman’s purpose for creating synthetic cannabinoids was to investigate the effects of cannabis in the human body and how the cannabinoid system works. It was never meant to create recreational drugs.

It is worth pointing out that studies to create new synthetic cannabinoids happened around the same time when internet access was becoming more common, and researchers started publishing the details of their work online. Since more people had access to scientific journals, chemists looking to create illegal drugs used Huffman’s chemical formula to develop their products.

In 2008, Huffman was surprised when officials from the DEA and other federal agencies began calling him because of his work on JWH-018. He then learned that the molecule he created had been discovered in herbal mixtures being sold over the internet as incense. However, people were smoking the product for its marijuana-like effects instead of using it as incense.

As reports of the intoxicating effects of spice became well known, the popularity of these herbal blends increased exponentially. Many spice users suffered from its adverse effects. This is why in 2011, the DEA made JWH-018 and four related compounds illegal to manufacture or possess without a Schedule I license. To date, the list ofSchedule I substances under the Controlled Substances Act includes synthetic cannabinoids and other substances that meet the definition of “cannabimimetic agent.”

How Is Spice Used?

Spice or synthetic cannabinoids are usually found in bulk powder form. The local distributors then dissolve the substance in acetone or similar solvents before applying the drug to dry plant material to make the “herbal incense” products. After this process, the products are packaged for retail distribution and sold to users.

Synthetic cannabinoids can be used in different ways, but the most common method of administration is smoking. Many users roll the drug-laced plant material in cigarette papers and smoke them, similar to using marijuana. Some also use pipe or water pipe to smoke spice. Besides smoking, some synthetic cannabinoids users take them orally by adding the substance to herbal tea or food. Others purchase liquid spice so they can vaporize the substance using disposable or reusable electronic cigarettes.

How Does Spice Work in the Human Body?

As mentioned above, spice is not a single substance but a mixture of human-made chemicals intended to imitate the mind-altering effects of THC. However, spice or synthetic cannabinoids produce much more intense and long-lasting side effects at much lower doses than natural cannabis.

One reason for this outcome is how the drug acts in the brain. The THC in marijuana is a partial agonist, meaning it only reacts with cannabinoid receptors partially. On the contrary, Spice acts as a full agonist. When it binds, it activates all the cannabinoid receptors present in every brain region fully and with maximum efficacy.

It is essential to note that synthetic cannabinoids products reach users without going through quality standards. There are no control mechanisms to avoid contamination or ensure consistent concentration of this potent substance at any stage of the manufacturing process. In addition, makers of Spice often change the chemical formulation to circumvent drug laws. That is why it is practically impossible to know the exact ingredients of each product and how these chemicals will affect the users. The ambiguity often leads to unpredictable and more dangerous side-effects.

What Are the Immediate and Long-Term Effects of Spice Abuse?

Users of synthetic cannabinoids often experience short-term effects similar to smoking marijuana, such as feelings of relaxation, euphoria, altered perception, and psychosis. However, since Spice is considerably more potent than natural cannabis, many users exhibit the following symptoms after using synthetic cannabinoids:

Synthetic cannabinoid abuse can also cause other health issues, such as breathing and gastrointestinal problems, muscle damage, seizures, stroke, and heart attack. The onset of these harmful consequences depends on several factors, like the dose of the drug taken and length of its use. Using spice can also lead to addiction. Those who abuse synthetic cannabinoids for a long time and then stop using it will most likely suffer from uncomfortable withdrawal symptoms, such as severe anxiety, sweating, nausea, and difficulty sleeping. As for long-term health effects, those who abuse spice may suffer from kidney damage and psychosis.

Signs of Spice Use Disorder

It is important to remember not to use the criteria above to self-diagnose spice use disorder. If you suspect that you or a loved one is facing an addiction problem, seek the help of a professional treatment center immediately.

Rehab and Treatment for Spice Use Disorder

People suffering from spice use disorder must seek professional help  because addiction is a chronic disease. Those who are addicted cannot recover by merely stopping drug use for several days. Getting into treatment can help them cease drug use, maintain long-term sobriety, and bring their productive lives back.

There are currently no FDA-approved medications to treat spice addiction. However, supportive treatment options are available to address the different adverse health effects of using Spice or synthetic cannabinoids. For example, antiemetic drugs could be given to help with nausea and vomiting. Intravenous benzodiazepines are also commonly administered in the emergency department to manage agitation, combativeness, and muscular hyperactivity. The person in recovery can also be given diazepam and quetiapine to address uncomfortable withdrawal symptoms.

Individuals with spice addiction can opt for inpatient or outpatient care. Those in residential or inpatient programs live in the facility and receive 24-hour structured and intensive care. Such treatment programs usually last for thirty to ninety days. Outpatient treatment centers, on the other hand, provide addiction services on a set schedule. People in recovery will only visit the rehab center several times a week for treatment. Although both settings employ a wide variety of interventions and services that can assist people with spice addiction in their recovery journey, inpatient care may be more suitable for those with suicidal tendencies or individuals exhibiting violent behavior.

The treatment programs employed by reputable addiction rehab facilities vary depending on the treatment and recovery needs of each individual. Nonetheless, interventions often include counseling and different forms of behavioral therapies. Counseling helps those with addiction to know that they are not alone in the journey. Counselors can provide a listening ear and support not only during the entire treatment process but during the course of maintaining long-term abstinence as well.

By participating in different forms of behavioral therapies, on the other hand, individuals with spice use disorder can understand the root cause of their addiction, modify their attitudes related to substance use, and learn healthy coping skills. Some of the most common behavioral interventions for substance use disorder include cognitive behavioral therapy (CBT), motivational interviewing (MI), and motivational incentives.

Given the discussion above, it is evident that spice is neither “natural” nor “harmless.” Synthetic cannabinoids are potent and can be dangerous. Abusing this substance can lead to severe physical and psychiatric medical conditions—even death. That is why if you or your loved one is suffering from spice use disorder, you need to seek professional help immediately before it is too late. Remember that your health and overall well-being depend on it.

You also don’t have to deal with this difficult situation alone, as there are thousands of licensed and certified addiction treatment facilities that can accompany you or the person you care about in your journey toward sobriety. To find what you need, let Better Addiction Care (BAC) assist you.

BAC is one of the country’s leading third-party information service providers for individuals like you who are searching for the best drug and alcohol addiction rehab center. Get in touch with us for free advice, or browse BAC’s comprehensive directory of leading treatment providers to find the most suitable facility near you.