Amphetamines, such as those marketed under the brand names Adderall and Dexedrine, are widely prescribed today for treating ADD and ADHD symptoms and are considered to be an essential class of drugs for treating these common disorders. However, even the medically supervised use of amphetamines of any kind poses a risk of addiction. 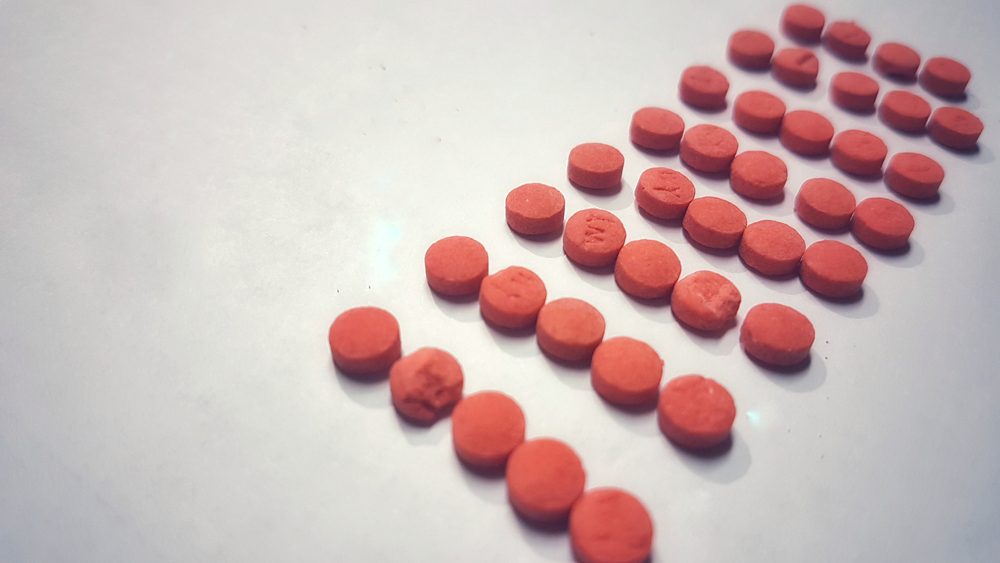 The use of amphetamines as a performance-enhancing drug or for recreational purposes can be a bigger threat to the health of the person misusing them.

A Brief History of Amphetamine Use in the United States

Amphetamines, variously known by imprecise street names such as Addies, Bennies, Black Beauties, Crosses, Hearts, LA Turnaround, Speed, Truck Drivers, and Uppers have had a long history in the United States. While it is a small but growing issue today, it was previously the single biggest drug abuse problem in the United States, with widespread misuse during the late 1920s to the mid-1970s. The fact that amphetamines abused during this era were mostly prescribed by doctors encouraged by “Big Pharma” has led many to see parallels with today’s opioid crisis.

Lazar Edeleanu, a doctoral student and chemist, was the first person to synthesize amphetamine in 1887. However, he abandoned his research in favor of developing a method for refining crude oil into new petroleum products. It would not be until the 1920s when amphetamines were rediscovered, along with their remarkable effects on the human body.

Amphetamines were found to be an especially effective decongestant. By the late 1930s, amphetamine inhalers were being widely sold. Benzedrine was, by far, the most popular brand in the US during this period.

Benzedrine inhalers were different from modern inhalers that used pressurized canisters to deliver a controlled dose. In contrast, they were simple contraptions that contained a medicated cotton strip soaked in an amphetamine solution. Unlike with amphetamines today, these inhalers could be bought legally without prescriptions.

This imprecise dosing of these inhalers and their unfettered access soon led to some patients using them for their strong stimulant effects, rather than just as a decongestant. During this period, inhalers were often being pried open so that the medicated strip could be eaten or used to create a solution that could be injected.

At the same time, Americans were also being prescribed amphetamines for things other than a clogged nose. Through the PreWar period, amphetamine prescriptions were being handed out for depression, weight loss, and narcolepsy. However, it was during the Second World War that amphetamines were adopted wholesale by the mainstream.

All the belligerent nations during the war were issuing stimulants to troops in massive quantities, mostly in pill form. Benzedrine was widely issued to American and British troops while the Axis powers gave similar methamphetamines to theirs.

While explicitly understood to be an aid to promote alertness, these stimulants were understood by the leadership of all sides to be a powerful way to increase morale and offset the conditions then known as “shell shock” or “war neurosis”, which are now understood to be post-traumatic stress disorder (PTSD).

When the war ended, this wholesale issuing of amphetamines and other stimulants resulted in millions of demobilized soldiers coming home with substance use disorders. It’s estimated that up to 16 million American servicemen were directly exposed to Benzedrine. The surplus stocks of Benzedrine and other drugs were also released to the public shortly after.

This led to a perfect storm for the normalization of amphetamine use immediately after the war. Amphetamines continued to be widely available in the late 1940s and 1950s, and they were often prescribed for sleep disorders, weight loss, and a wide range of psychiatric conditions. Notably, benzedrine was marketed directly as an antidepressant and is the first drug to be touted as such.

By the 1960s, the dangers became obvious and benzedrine inhalers became available by prescription only. However, amphetamine pills were still widely available and freely prescribed, partly due to the pharmacological industry strongly pushing for sales of these drugs. By the 1970s, about 5 percent of Americans, almost 10 million at the time, used prescription amphetamines and about a third of that number likely had a substance use disorder due to their use.

After several high-profile deaths, amphetamine misuse became a political issue. Eventually, they became a Schedule II drug, a status it shares with opioids often tagged in the current opioid crisis, such as fentanyl.

Today, “classic amphetamines” (as distinguished from later amphetamine-class drugs such as methamphetamines and MDMA) are now seeing a slight resurgence that has so far been overshadowed by opioids and crystal meth. Current amphetamine misuse tends to revolve around the unprescribed use of ADHD medications such as those marketed under the brand names Adderall, Concerta, Dexedrine, Focalin, Metadate, Methylin, and Ritalin.

How Are Amphetamines Used?

Most amphetamines for medical use are designed to be ingested, usually in tablet or pill form. However, these can also be snorted, smoked, or turned into a solution and injected as well. The latter methods can bring about a more rapid onset of effects and give a more intense “high”, as they have a more direct path to the brain. Ingesting amphetamines slows down the onset of effects as they have to pass through the digestive system before reaching the bloodstream.

Amphetamines have long been used as a way to elevate mood and help concentration. Risk groups for amphetamine use are diverse, including long-haul truck drivers and medical students. They are also commonly used as part of so-called “designer drug” cocktails in the club scene as either a substitute to MDMA and other party drugs or as a complement to them.

How Do Amphetamines Work in the Human Body?

Amphetamines boost the production of the hormone dopamine in the brain. This allows different nerve cells (including in the brain) to more easily communicate with each other, causing the effects we normally associate with stimulant drugs. The repeated use of amphetamines can damage the brain’s reward mechanism and cause users to compulsively seek out drugs.

What Are the Medical Applications of Amphetamines?

While they have been historically used for these purposes, amphetamines are no longer as widely used as decongestants or antidepressants. One use for which amphetamines are still frequently prescribed is for ADHD and related conditions. In rare cases, they are also used to treat narcolepsy and similar sleep disorders.

What Are the Effects of Amphetamine Use?

Medically prescribed amphetamines are generally low risk, so long as they are taken as directed. However long-term use or misuse can cause several less-desirable effects. Some of these include:

What Is Amphetamine Use Disorder?

Amphetamine use disorder refers to the compulsive misuse of amphetamines. Like other substance use disorders, the term has supplanted “amphetamine addiction”, “dependence”, and “abuse”, since the release of the Diagnostic and Statistical Manual of Mental Disorders (DSM-5).

Diagnostic Criteria for Amphetamine Use Disorder

Patients with an amphetamine use disorder may not even realize that they have one. It’s even harder for an outside observer to spot the signs unless they know what to look out for.

Criteria for amphetamine use disorder include the following:

1.) Misusing or using over the medically recommended dosage of amphetamine 2.) Frequent, often failed, attempts to quit 3.) More time is spent recovering from the effects of drugs or finding drugs 4.) Constant cravings 5.) Missing work and personal obligations due to amphetamine use 6.) Continuing the use of amphetamines even when they cause problems 7.) Drug use or withdrawal symptom avoidance becomes the primary motive 8.) Using amphetamines in dangerous situations 9.) Continued amphetamine use despite them causing health issues 10.) Increased drug tolerance 11.) Experiencing amphetamine withdrawal symptoms, including impaired short-term memory, outbursts, depression, sleep problems, impaired focus, anhedonia, and erratic behavior

If you feel these criteria apply to you or someone you know, contact a qualified psychiatrist for a full diagnostic screening.

Treatment of Amphetamine Use Disorders

For most heavy amphetamine users, withdrawal management will be necessary to ensure that unpleasant withdrawal symptoms are minimized. This may involve giving the patient a progressively lower dose of their drug of choice. This process will often need to be done in an inpatient facility, especially if the patient has a severe amphetamine use disorder or if they have other psychiatric conditions.

Long-term treatment in most cases involves cognitive therapy as well as individual and group counseling. Programs will generally try to address both the root-cause of drug-taking while simultaneously rechanneling the compulsive behavior brought by drug use. Therapy is key to amphetamine use disorder recovery, as there are no proven medications beneficial for improving recovery rates.

Amphetamines once occupied the same place in the public consciousness that opioids do today. Because classic amphetamines are rarely as misused today as other drugs like cocaine or crystal meth, they are sometimes erroneously considered to be safer than “harder” drugs. Unfortunately, amphetamines still have the potential to cause serious harm and even death when used irresponsibly. If you or someone you know is regularly misusing amphetamines or other drugs, get in touch with a qualified clinician immediately.