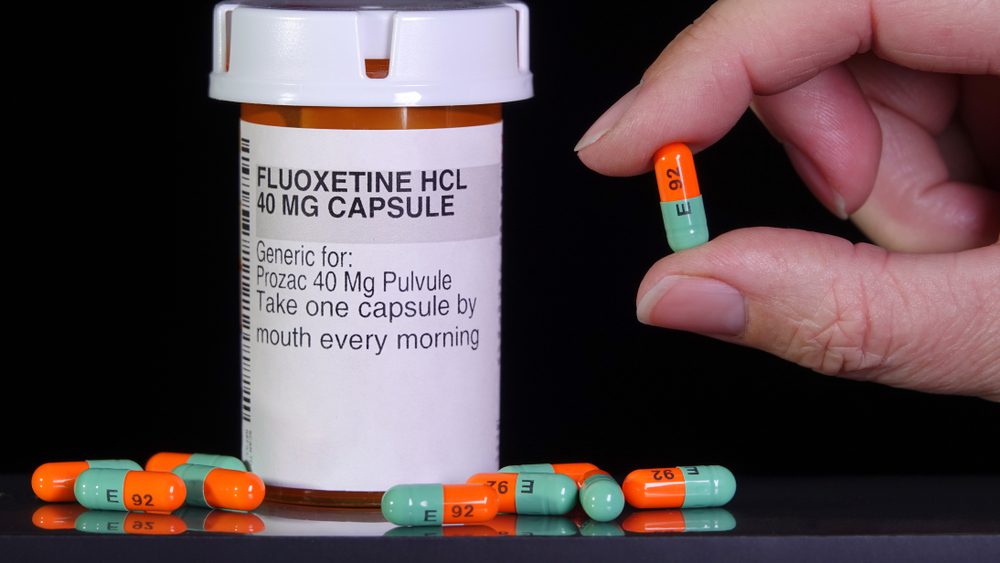 Fluoxetine is the generic name of the first synthetic selective serotonin reuptake inhibitor (SSRI), a family of drugs used in the treatment of clinical depression. While on its own, fluoxetine is not a highly addictive substance and is unlikely to cause a physical dependency in those who take it, it is sometimes taken to potentiate other substances and could result in substance use disorder because of this. Intervention and treatment are necessary to recover from any addictive behavior related to excessive or illicit use of fluoxetine.

A Brief History of Fluoxetine

Incidences of depression, often characterized by a general feeling of dread or despair that is difficult to articulate, have become alarmingly common in today’s society. While the emotion of sadness might be as common and ancient as humanity itself, the inability to function, lack of motivation, and loss of interest in activities that were once interesting that are the earmarks of a depressive state were first diagnosed as an illness of the spirit by the Mesopotamians around the second millennium BCE.

It was in the 1970s that biological and physiological factors began to be considered as causes for mental disorders. In the case of depression, the immediate and preemptive reabsorption of serotonin, dopamine, and norepinephrine were seen as the causes for a depressive’s dip in mood, reduced energy levels, and overall despairing state.  Therefore, pharmacological interventions sought to address this reabsorption.

Discovered by pharmaceutical firm Eli Lilly and Company in 1972, fluoxetine first became available to the public in 1986 under the name Prozac. At the time of its development, the need for a pharmacological solution to depression had become more and more apparent. Initial research noted that diphenhydramine, a commonly used antihistamine present in some cold medications, also had antidepressant properties, and used it as a starting point for research. Further research and study eventually led to the development of what would be known as fluoxetine, which was observed to be the most effective in selectively inhibiting the brain’s reuptake of serotonin, the widely agreed upon neurological cause for the condition now referred to as clinical depression.

From the time it was made available, Prozac enjoyed a functional monopoly on the global antidepressant market, with Eli Lilly and Company holding all patents governing the manufacture of fluoxetine. By 1987, annual sales exceeded $350 million, and global sales for the drug would peak at more than $2.5 billion.

In an attempt to build out its product line, Eli Lilly and Company rebranded fluoxetine for use in the treatment of premenstrual dysphoric disorder, resulting in the arrival of the Sarafem brand of fluoxetine, approved by the US Federal Drug Administration (FDA) in 2000.

Eli Lilly and Company’s patent on the manufacture of fluoxetine ran out in 2001 after a protracted legal battle against generic drug manufacturer Barr Pharmaceuticals, resulting in the arrival on the market of generic fluoxetine. Generic options for antidepressants took an enormous bite out of the sales of Prozac, reducing global sales by 70% within the first two months of the availability of alternatives.

How Does Fluoxetine Work in the Human Body

Whenever people experience pleasure, happiness, or joy, the brain naturally releases a number of hormones that give a person the euphoric feeling associated with happiness and pleasure. These hormones are referred to collectively as endorphins, and are known individually as serotonin, dopamine, and norepinephrine. They are also referred to colloquially as the “happy hormones.”

Eventually, to ease people off of the euphoria and allow them to return to a baseline state, the brain naturally reabsorbs these hormones back into itself. However, in the case of people who struggle with clinical depression, the reuptake of these hormones happens too quickly, resulting in sudden serotonin depletion and the feelings of despair and hopelessness that come with it. Causes for this sudden reuptake of serotonin are unclear, but anecdotal evidence indicates that genetics plays a vital role in this.

As the first SSRI, fluoxetine binds to the neuronal membrane of the serotonin reuptake pump, preventing it from performing its function and allowing the serotonin to remain in the brain for longer periods. It does this without appreciably inhibiting the reuptake cycles of either dopamine or norepinephrine, which explains why fluoxetine is said to be selective.

How Is Fluoxetine Taken or Administered?

Fluoxetine (Prozac) comes in the following forms and is always administered orally:

The medication can be taken with food or on an empty stomach, and should be taken at as close to the same time of day as possible, to make habitual dosing easier to keep in mind. Dosages are typically either once a day or once in the morning and then again at noon. Pills and capsules should be swallowed whole and should not be bitten or crushed.

Fluoxetine is not a “magic bullet” that will suddenly remove all feelings of sadness and despair in those who take it. Most people who are prescribed it say that they begin to feel effects after four or five weeks of adhering to their prescribed dosage. After some time, psychiatrists typically reduce their patients’ doses of fluoxetine to wean them off of it.

What Are the Immediate and Long-Term Effects of Fluoxetine Abuse?

As a drug that works primarily on a person’s neurological function, fluoxetine abuse can have a number of deleterious effects on the nervous system, including feelings of nervousness or anxiety, sudden spells of dizziness or drowsiness, unexplainable fatigue, or tremors in the extremities. Anecdotal evidence indicates a correlation between long-term use of fluoxetine with the early onset of Parkinson’s disease, though further studies are necessary to validate this observation.

Undirected use of fluoxetine can also cause unwanted gastrointestinal effects, including nausea and diarrhea. Instances of drying of the mouth and abnormal vision have been reported, as well as rashes, loss of sex drive, and abnormal ejaculation in men.

Signs of Fluoxetine Use Disorder

While fluoxetine is generally considered a nonaddictive substance, long-term users may exhibit some of the criteria for a substance use disorder as indicated in the fifth edition of the Diagnostic and Statistical Manual for Mental Disorders (DSM-5). The most common of these in fluoxetine users are:

It has been theorized that while fluoxetine itself is not considered dependency-forming from a physiological standpoint, long-term users may become dependent on the drug from a psychological standpoint and may continue to take it simply because they have become accustomed to the habit of doing so.

Also, the serotoninergic effects of fluoxetine create a mild stimulant effect in the person taking it. While on its own, this effect is not likely to be potent enough to be habit-forming, it can potentiate other drugs that the person is taking along with the fluoxetine and boost any sensations created by those substances. In this way, a person can become addicted to the cocktail of substances rather than any single substance on its own.

Instances of dependency on fluoxetine are most commonly observed in individuals who already have a preexisting history of substance use disorder .

Rehab and Treatment for Fluoxetine Use Disorder

Since fluoxetine abuse is considered more of a behavioral dependency than a physiological one, people who struggle with this dependency do not have to take any pharmacological aids when seeking to recover from their addictive behavior.  Instead, treatment for fluoxetine use disorder consists of behavior modification and psychological interventions that seek to address the root causes of the dependence. Find the best drug rehab center for you today.

During treatment, those dealing with fluoxetine dependency can expect to attend lectures on the nature of substance use disorder, participate actively in group and one-on-one therapy sessions, and engage in workshops designed to develop practical life skills in participants. Therapy sessions that are designed to help attendees deal with recovery and prevent relapse should also be part of the recovery program.

In terms of duration, most experts recommend a treatment program lasting at least 90 days to achieve sustained sobriety. Shorter programs typically result in less favorable outcomes and have shown a high rate of relapse in participants.

If you know someone who is struggling with fluoxetine use disorder but has the desire and commitment to recover, contact Better Addiction Care right away. We maintain a nationwide network of affiliated care facilities with services that are appropriate for every circumstance. By working with the nation’s top experts in the field of substance use disorder treatment, we can ensure that every treatment plan that our patients undergo is backed by the latest science and is designed to give them their best chance at recovery and long-term sobriety.

Incidences of substance use disorder, particularly those involving antidepressants like fluoxetine, are indeed rising at an alarming rate nationwide. However, this does not mean you are powerless to fight back against it. The only way to arrive at a sustainable positive outcome for substance use disorder is with a customized treatment plan that takes into account every aspect of a patient’s personal circumstances and situation. To assemble a plan like this today, simply browse our directory of affiliates. If you have questions, feel free to fill in our contact form, or to contact us directly, give us a call on our hotline. Our representatives are standing by and would be happy to answer all of your questions.