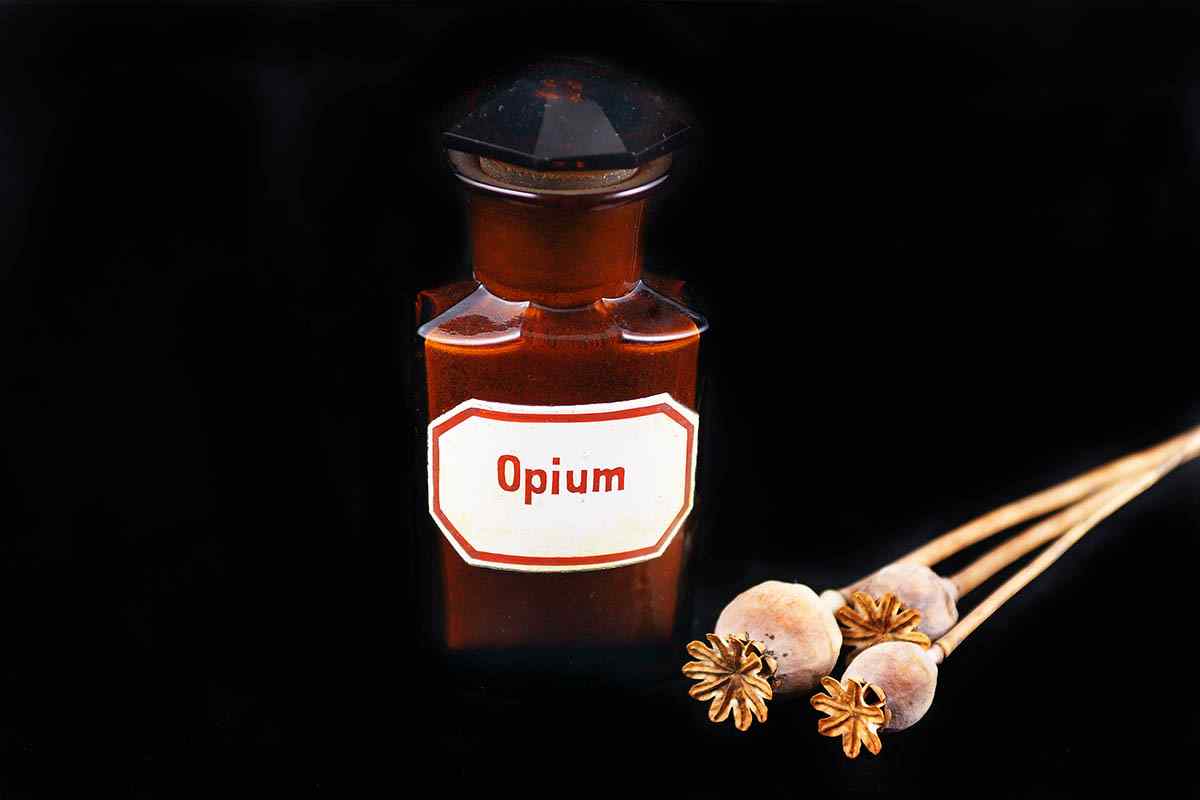 Opium is a non-synthetic narcotic that is derived from the poppy plant, Papaver somniferum.

Under the federal drug scheduling system, opium is a Schedule II drug that serves as raw material for the production of a wide variety of opioid drugs, including morphine, codeine, hydromorphone, oxycodone, hydrocodone, and the illegal substance heroin.1

The active pharmacological components of opium are found in its alkaloids, which can be grouped into two types. The first type, which is represented by morphine and codeine, acts upon the nervous system and provides analgesic (pain-relieving), narcotic, and potentially addicting effects. The second type of alkaloids is often represented by papaverine and noscapine, and this of group chemicals are responsible for relaxes involuntary muscles.2

Opium is regarded as a dangerous substance with a high potential for abuse despite its medical benefits. It is also considered a drug that could potentially lead to severe psychological or physical dependence when abused.

Why Do People Use Opium?

Opium has euphoric effects on the brain, and it causes relaxation and relief from pain. It can also inhibit bowel movement and cause the mucous membranes in the mouth and nose to dry out.1 Because of these effects, the drug is used medically for the following purposes:

It is worth noting that the United States imports all its opium and poppy straw used for pharmaceutical products from legitimate sources in countries where it is regulated.

How Is Opium Abused?

According to the Drug Enforcement Administration, opium can come in solid, liquid, or powder form.1 The drug is typically consumed in the following ways:

Taking its name after the Greek word opion, meaning “poppy juice,” opium is extracted from the unripe seed pods of the opium poppy plant. This drug is traditionally obtained by slightly cutting the seed capsules of the poppy once the plant’s flower petals have fallen. The incised seedpods release a milky fluid that congeals and changes into a gum-like brownish mass upon air exposure.

In this raw form, the drug can be taken orally or by inhalation.4 Although ingestion of the drug is not typically practiced in the west, many people in developing countries where the poppy plant is still grown eat raw opium despite its bitter and unpleasant taste. Besides eating, opium can also be imbibed by dissolving it in boiling water. Those who smoke it do so in a reclining position to minimize nausea and to fall asleep quickly after inhaling a pipe.

Prior to being marketed or synthesized, raw opium is cooked to remove its impurities, pressed into molds or trays, and dried. Opium is then sold in this solid, dark-brown gum form.5

What Are the Short-Term Side Effects of Using Opium?

Using opium causes immediate short-term side effects that may include the following:3,5

Once the effect of the drug wears off, the user may also feel an increased sensitivity to pain.

The side effects of using opium vary depending on several factors, such as the person’s size, weight, and health condition, how often the drug is used, whether or not opium is taken with other substances, and the amount and strength of the drug.5

What Are the Long-Term Effects of Using Opium?

Habitual use of opium can lead to dependence, which renders the person’s neurons unable to function normally without the drug, and addiction, which causes the person to seek and use the drug in a compulsive or uncontrollable manner. At the same time, long-term opium use can lead to the following effects:5

In addition, intravenous use and sharing of contaminated needles can increase a person’s risk for acquiring HIV/AIDS, hepatitis, or reactions to toxic impurities.6

because the condition can be life-threatening. These are the signs of opium overdose:1

To reverse the effects of overdosing on opium, a first respondent or medical professional may use opioid antagonist medication such as naloxone. Doing this in time can help prevent brain damage and death due to opium overdose.7 Aside from naloxone, medical professionals may administer respiratory support and intravenous fluids to aid the recovery of a person who has overdosed on opium.

A person who has developed an addiction to opium will exhibit at least two of the following symptoms described in the Diagnostic and Statistical Manual of Mental Disorders, Fifth Edition (DSM-5):8

The withdrawal symptoms from opium use typically start to occur 24 hours after the person’s last dose of the substance. During this period, the person may experience flu-like symptoms as well as the following:1,3

Take note that it’s possible to develop a dependence on opium without being addicted to it. A person who is dependent on opium can find it difficult to function normally without using the drug, as their neurons have gotten used to its effect on the body.

It’s best to seek help from a doctor or to go to a medical detox facility during one’s opium withdrawal period. With proper guidance and easy access to proven and safe detox programs, a person who has developed an addiction to opium has a better chance of getting through this difficult time.

How Do Opium Detoxification Programs Work?

Signing up for a medically supervised withdrawal or detoxification program will help ensure that the person is able to safely and effectively manage withdrawal symptoms. Typically, these programs offer the following modalities of support during the patient’s opium detoxification:

How Is Opium Addiction Treated?

Overcoming opium addiction is an uphill battle, but it can be done with proper assistance and through the use of proven treatment strategies. People who are dealing with addiction need the support of their loved ones as well as professional guidance throughout their journey to take control of their lives. Upon signing up with a treatment facility for opium addiction, a patient will likely be provided with 2 options: inpatient or outpatient treatment. The best choice will depend on the patient’s particular circumstances.

Finding freedom from addiction is a challenge that is best faced with a strong support group and the guidance of medical professionals. If you or a loved one is looking for an opium addiction treatment facility in your area, Better Addiction Care is here to help.

Get in touch with one of our recovery support advisors today by calling 1-800-429-7690. Our team is ready to provide you with personalized assistance in verifying your insurance status, and if you don’t have insurance, we can also help you find other financing options for drug addiction treatment. Another service that our team can provide is connecting you with treatment centers across the country. Call us today and take a solid step toward regaining your freedom from addiction.

The History of Opium

Opium is one of the oldest recreational and therapeutic drugs in the world. The opium poppy plant and opium are mentioned in early Assyrian herb dossiers and medical texts. Ancient Greek and Roman physicians also used this substance to relieve pain, induce sleep, and provide relief to the bowels. Even the Greek physician Dioscorides from the first century recounted opium in his written work De materia medica, the primary Western text on pharmacology for many centuries. It’s therefore unsurprising that the popularity of opium spread throughout the Mediterranean in ancient times.

In the 18th century, opium was used primarily as a painkiller and as an active ingredient in various other drugs. These medicines were legally available without restrictions and caused a rise in addiction cases. However, the addiction problem did not arouse social attention until an unprecedented number of American Civil War veterans became addicted to morphine, a potent painkiller extracted from opium.

Then, in 1898, a German pharmaceutical company introduced heroin as a “safer” alternative to morphine, but it proved to be even more addictive. Opiate addiction became too widespread that the American government curtailed the legal use of opiates by the early decades of the 20th century.

In 2017, a public health emergency was declared due to the growing numbers of opioid abuse and overdose-related deaths in the US. Dubbed the “Opioid Epidemic,” this phenomenon has led directly to over 500,000 deaths by overdose from the drug between 1999 and 2019, according to the Centers for Disease Control and Prevention.9