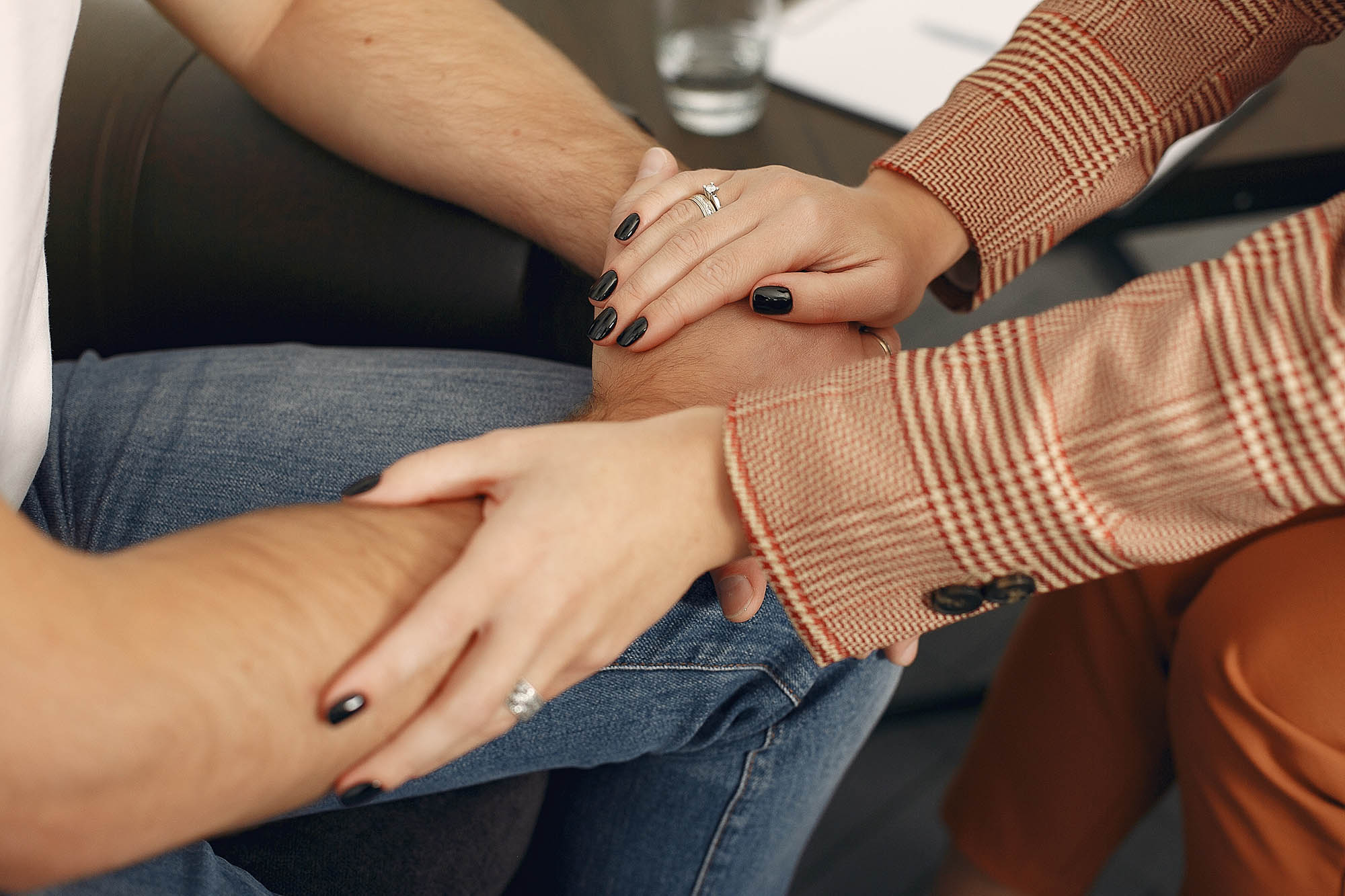 Cocaine, more popularly known as coke, is an illicit drug made from the leaves of the coca plant. It mainly comes in two forms: powder and crystal. Powdered cocaine is taken by snorting it through the nose or rubbing into the gums. It can also be dissolved in water and injected intravenously into the bloodstream. Sometimes, a combination of cocaine and heroin called “Speedball” can also be injected.

The crystal or rock form of cocaine, also called “freebase cocaine,” is taken by inhalation or smoking. The process involves heating of the crystal to produce vapors that can be inhaled through the lungs. Cocaine produced through this method is called “Crack,” and is used to refer to the crackling sound of the crystals as they are heated. When cocaine is sprinkled on marijuana or tobacco, it can be smoked like a regular cigarette.

Cocaine mainly exerts its effects on the central nervous system. Short-term use of cocaine can cause paranoia, aggression, psychotic reactions such as hallucinations and delusions, and a feeling of extreme happiness or euphoria. Some people report that after using cocaine, their mental alertness increases and they are able to perform physical and mental tasks more easily. The ability of cocaine to induce these effects is also what makes it prone to abuse.

Long-term effects of cocaine abuse can lead to serious health problems such as respiratory difficulties, malnutrition, and movement disorders. The specific route of administration of cocaine can also be associated with adverse effects such as nosebleeds and sinus problems from snorting, and cough and breathing difficulties from smoking. Intravenous injection of cocaine can transmit various diseases such as HIV and hepatitis when using shared needles. It can also cause the blood vessels to collapse when done indiscriminately.

In 1859, cocaine was first extracted from the leaves of the coca plant by a German chemist named Albert Niemann. In 1884, Sigmund Freud, who was a cocaine user himself, published an article entitled “Über Coca” which translates to “About Coke,” where he talked about the benefits of cocaine, including its positive effects on depression and sexual impotence. One of Freud’s friends, to whom he promoted the use of the drug, eventually suffered from paranoid hallucinations. A patient of Freud’s also died from a high dose prescription of cocaine made by Freud himself.

In 1886, John Pemberton, the inventor of Coca-Cola, started including coca leaves in his soda recipe. Its energizing and euphoric effects on the brain helped boost the sales of his soda company.

Cocaine use gradually took over the west side of the world, and consequently, the risks of taking the drug started to show that Coca-Cola was forced by the public to remove coca leaves from its recipe.

By the early 1900s, cocaine had become popular among the general public, and hospitals began reporting cases of nasal damage from snorting the drug. In 1912, 5,000 cocaine-related deaths were documented, and by 1922, the drug was officially tagged as illegal.

Between 1970 and 1980, the number of American college students who were using the drug shot up tenfold. In the late 1970s, Colombian drug traffickers began smuggling cocaine into the US, and by 1990, Colombian drug cartels had been able to produce and smuggle into US up to 800 tons of cocaine a year.

In 2008, cocaine had been listed as the second most trafficked illicit drug worldwide.

Cocaine abuse is a major public health problem. In the most recent United Nations World Drug Report, cocaine has an estimated 20 million users worldwide and the number of cocaine users has shown to be increasing after a consistent decline since 2006. In 2012 alone, the number of first-time users aged 12 years and older was more than 630,000, averaging around 1,800 new users a day. In the US, cocaine is the most common illicit drug associated with inpatient treatment and ER visits.

Prolonged, uncontrolled cocaine abuse can lead to adverse health consequences when left untreated. While cocaine abuse most commonly affects the central nervous system, it can also manifest as cardiac, respiratory, and even ophthalmologic problems. Symptoms range from mild to severe.

Mild reactions occurring as a result of cocaine abuse can present as anxiety, excitement, and restlessness. In its moderate to severe form, cocaine abuse can lead to full-body tonic-clonic seizures followed by CNS depression. Some cases progress to respiratory failure or asphyxiation especially when there is also vomiting, which can both lead to death. Other nervous system manifestations include headache, hyperreflexia, and unusual dilation of the pupil called mydriasis. Sometimes, abdominal pain can be present.

As mentioned, cocaine can also exert its effects on the cardiovascular system, which oftentimes lead to hypertension, increased heart rate, and arterial vasoconstriction which can result in stroke or heart attack in the long run. Because cocaine is also a potent vasoconstrictor, it also causes hyperthermia or increased body temperature from impaired heat loss. In cases where cocaine is accidentally applied to the eye, corneal damage may ensue with can possible lead to blindness.

Other Consequences of Cocaine Addiction

The burden of cocaine addiction can carry over to the user’s socioeconomic and mental well-being and is associated with great financial and family-related distress.

Outpatient treatment works for most cocaine abusers. Since cocaine withdrawal does not usually lead to life-threatening complications unlike heroin and barbiturates, most cases would not necessitate inpatient rehabilitation. Most cocaine abusers who seek treatment are adequately functional despite facing many drug-related problems. Many prefer treatment on an outpatient basis because inpatient rehab costs higher and is associated with greater social stigma and work and home life disruption.

CBT is a short-term, patient-centered approach in the outpatient treatment of cocaine dependence. The principle of CBT is that the development and persistence of cocaine dependence is brought about by many learning processes, and these same learning processes can be manipulated to help individuals cope with and eventually recover from addiction. CBT helps patients recognize the reasons for their behavior so they can successfully adapt when they are on the verge of relapse.

MI is another outpatient approach to treatment that focuses on the patient’s motivation to change and unlearn their addictive behaviors. MI consists of four stages that aim to help clients towards a self-motivated change in behavior: engaging, focusing, evoking, and planning.

While most cases do not require hospitalization, severe cases would need a comprehensive treatment program done inpatient at a qualified treatment center. Some indications for inpatient treatment include:

For every patient, the goal of treatment is complete abstinence from cocaine use and eventually, a drug-free life. When the patients have achieved a stable drug-free period, relapse prevention will begin, which is the more difficult stage of treatment. Various pharmacological agents are used in relapse prevention, most of which act by reducing cocaine craving or blocking the cocaine-induced addictive effects like euphoria.

Topiramate is an antiepileptic drug used both in preventing seizures and in some psychiatric disorders. Topiramate exerts its effects on GABA and glutamate neurotransmission which have been shown to play a role in reducing cocaine cravings and relapse prevention.

Baclofen is a muscle relaxant mainly used in the treatment of muscle spasms in patients with multiple sclerosis or those who suffered spinal cord injury. It increases GABA transmission, and the use of baclofen has been found to reduce cocaine cravings and prevent relapse by blocking the addictive effects of cocaine in the brain.

Like baclofen, tiagabine is an antiepileptic medication. It increases GABA neurotransmission in the brain by blocking GABA reuptake and has been found to have a role in increasing cocaine-free days in some studies, thus aiding in abstinence and relapse prevention.

Both pharmacologic and nonpharmacologic approaches to treatment have been found to be very effective in addressing cocaine dependence. When done in combination and under close medical supervision, patients can achieve a 100% drug-free life.