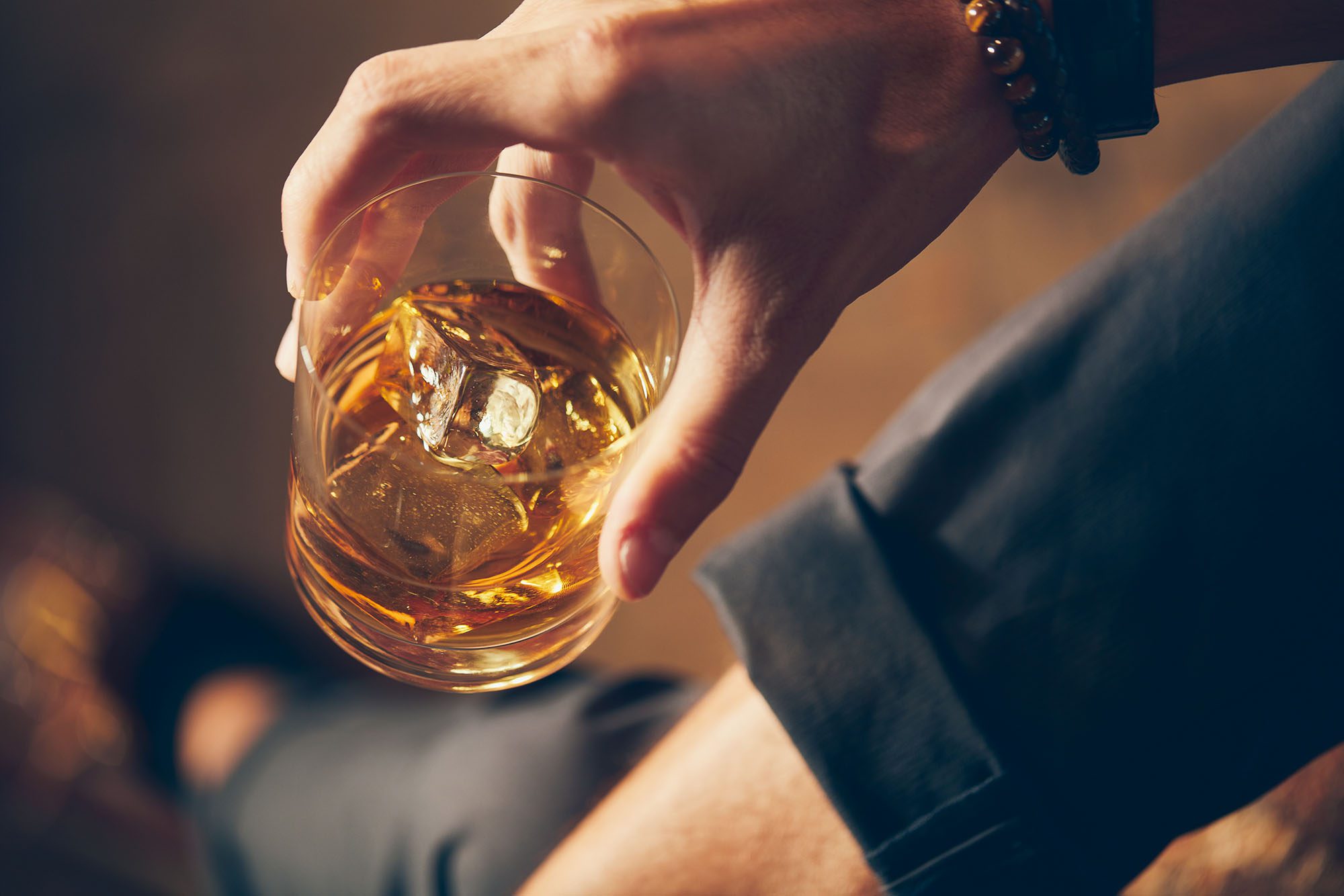 What Is “End-stage Alcoholism?”

“End-stage alcoholism” is a dated term that describes the so-called “final” stage of alcoholism. In current medical discourse, the umbrella term “alcohol use disorder” has come to be the preferred term for conditions described as “alcoholism/alcohol dependence” and “alcohol abuse”, following developments in the latest edition of the Diagnostic and Statistical Manual of Mental Disorders (DSM-5), last updated in 2013.

When used today, the “end-stage alcoholism” describes the most destructive stage, where an individual suffering from an alcohol abuse disorder (AUD) has already developed serious physical and mental health conditions and runs the risk of fatal withdrawal if they stop drinking. Individuals in this stage are already at serious risk of death or complete social isolation due to their drinking.

Stages of Alcohol Use Disorders

In the 1950s, the pioneering biostatistician and alcoholism researcher E. Morton Jellinek, one of the first people to identify alcoholism as a medical rather than a moral issue, made a breakthrough when he identified commonalities between heavy alcohol users. In particular, he pioneered the idea of heavy alcohol users going through “stages”, after observing predictability between different cases.

While his initial take on the subject has long been superseded, later substance abuse researchers and treatment specialists have continued to use and adapt the concept to better describe how a drinking problem progresses.

Key to the idea is the “Jellinek curve,” which is a visual representation for showing the trajectory of alcoholism. Today, the Jellinek curve has been adopted for a wide variety of substance abuse disorders and has many different versions.

A typical representation of the stages of AUD and the Jellinek curve will include something similar to the following:

Individuals in this stage drink socially or to relieve stress. Individuals at this stage are not likely to suffer any serious negative consequences because of their drinking. However, they are developing a tolerance to alcohol and may find that they need more and more drinks to be able to unwind or enjoy themselves.

In this stage, the amount of alcohol an individual consumes begins to escalate further, and negative consequences start to appear, such as blackouts, memory loss, and a heightened preoccupation with drinking. The social and recreational aspects of drinking start to diminish. Some individuals may start to feel guilty about their drinking and may hide it from others.

Individuals at this stage already feel acute negative effects from their drinking. They likely lost a lot of the control they previously had, including their ability to hide their drinking habits. They may develop feelings of depression and anxiety over their inability to stop drinking and they may lose interest over things they once prioritized, such as work, family, and hobbies. Patients may need to drink to avoid uncomfortable withdrawal symptoms, sometimes drinking almost immediately upon waking up. Patients at this stage typically have serious health issues caused by their drinking or by malnutrition.

As the different names for this stage imply, this is the most dangerous stage for individuals suffering from an AUD. It’s worth noting that “end-stage” is no longer the preferred term, as it inaccurately implies that no recovery is possible.

Individuals at the late stage may be unable to stop drinking due to painful and potentially lethal withdrawal symptoms. Almost all the pleasure and relief that was previously derived from drinking is gone at this stage, and the patient needs to have alcohol or suffer from withdrawal symptoms such as hallucinations and tremors. Ironically, their tolerance may drop and small quantities of alcohol can cause some to be inebriated. Individuals at this stage will need medical intervention to safely stop drinking.

The recovery stage wasn’t originally part of the “stages of alcoholism” when it was first conceptualized. However, researchers and AUD treatment experts since Jellinek have started adding this stage as it can give patients the idea that recovery is possible.

Recovery has its own stages, based on the transtheoretical model pioneered by Carlo DiClemente and James Prochaska in the 1970s.

The recovery stages according to the transtheoretical model are as follows:

What Does Hitting “Rock Bottom” Mean?

It’s worth noting that in some obsolete models, there is a stage between the late and recovery stages called “rock bottom”. The idea, long since debunked, is that someone with an alcohol use disorder has to hit a low point in their life before they are ready for treatment and rehabilitation.

While still a widely repeated concept in pop culture, the idea one has to reach a low point before being ready for rehab is no longer endorsed by any mainstream medical professional. Delaying treatment only tends to cause more misery for the patient and can make it harder for them to recover as their mental and physical health may significantly deteriorate before they reach their “rock bottom”.

Rock bottom may also not be completely obvious to the patient. There are also almost always ways a situation considered to be a “rock bottom” could get even worse. The unfortunate reality is, the only real rock bottom would either be a coma or death.

Alcohol misuse can, directly and indirectly, contribute to a remarkably wide range of negative health effects. Common physical and mental health issues due to alcohol use disorder include but are not limited to:

Patients who are at the late stage of an AUD are likely to be experiencing more than one of these conditions at a given time. This makes it crucial that the recovery program takes into account the different mental and physical health conditions that tend to accompany severe AUDs. Programs with a more holistic approach that focuses on the reasons for drinking tend to produce better patient outcomes and fewer relapses compared to those that only focus on weaning the patient off alcohol.

People with a late-stage AUD are, in most cases, unable to work effectively. This often results in a severe loss of income and productivity. They may also have erratic, paranoid behavior that makes them more likely to be in dangerous situations. This, combined with their prioritizing of alcohol can put a very serious strain on their interpersonal relationships and potentially destroy their reputation, even after recovery.

Thankfully, alcohol use disorder is much better understood today than it was in previous generations. While treating patients in the earlier stage of an AUD is generally much easier, that doesn’t mean that those with severe cases are without hope. AUD treatment experts today have access to a wide selection of tools, techniques, and strategies that can significantly bump the odds in a late-stage patient’s favor.

Regardless of the program chosen, late-stage AUD patients will typically need to spend supervised time at a recovery facility. This is chiefly for two reasons. First, there is a danger that a late-stage patient can die from withdrawal symptoms, which means immediate access to medical intervention is recommended. Second, the nature of AUDs means that patients are compelled to act against their safety and self-interest, which means they can pose a danger to themselves and others if they are not in a supervised environment.

The length of time a patient will have to spend in rehab will depend on the recommendations of their attending physician, as well as the type of treatment program they enter. Late-stage patients, however, can expect to stay in a treatment center for at least a few weeks, if not for months, or even a year. After they are discharged, regular individual and group therapy sessions are often recommended indefinitely to prevent a relapse.

Understanding the predictable trajectory of AUDs is, perhaps, our best way of stopping alcohol misuse before it presents a truly serious problem for an individual. By being able to identify the early signs of an AUD, you may be able to seek early treatment and get a handle on the problem before it has a chance to destroy your life.