Club Drugs: An Epidemic of Illegal and Deadly Substances 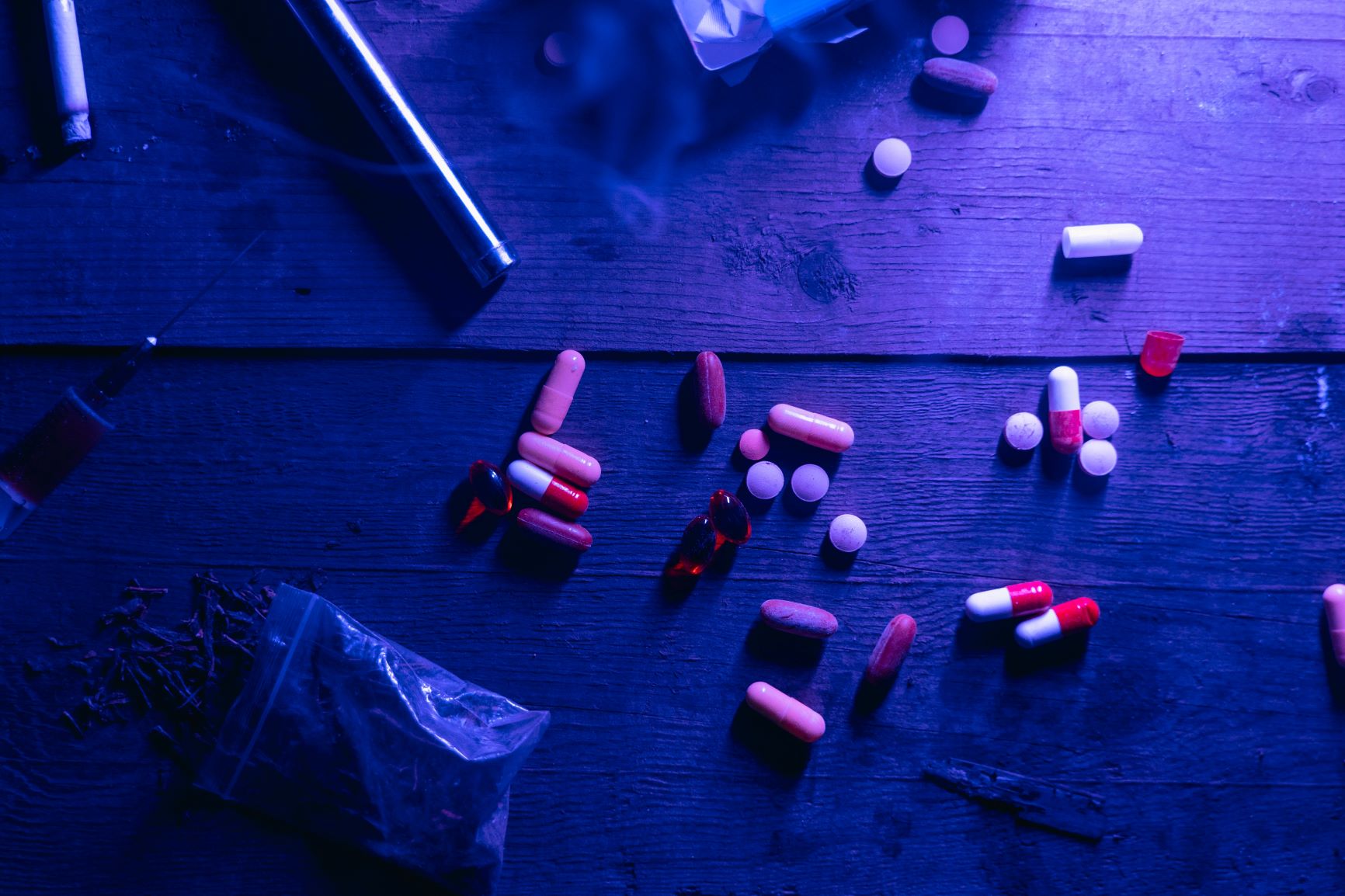 The term “club drugs” is used to describe a number of illegal substances that are commonly taken in nightclubs, parties, and music events. These substances are grouped together based on where they are used, and have very different effects, side effects, and chemical compositions.

Club drugs are used by people from all walks of life, but are most commonly used by teenagers, young adults, and some members of the LGBTQ community. While most users will not develop a substance use disorder from their use, the widespread availability of these drugs (only a few of which can be obtained legally), the lack of quality control, and the unpredictable effects of mixing club drugs with alcohol and other drugs make them particularly easy to misuse.

This article aims to give readers basic information about club drug use in the US, including treatment options. This may help readers better weigh the risks of abuse as well as identify possible signs of a club drug addiction.

A Brief History of Club Drugs in the United States

While the practice of using intoxicants at social gatherings goes back to prehistory, it was only in the latter part of the 20th century that “club drugs” used specifically to enhance the experience of dancing to loud music and flashing lights came to prominence.

Prescription medicines, hallucinogens, cocaine, alcohol, cannabis, LSD, and other substances have been used in party and club settings throughout the modern era. However, the disco movement that emerged in the 1970s was where the use of drugs specifically meant to be enjoyed in a club setting exploded in popularity. Quaaludes, amyl nitrite, and cocaine were particularly popular during this period in the disco subculture.

Club drug use soon proliferated outside the disco scene and has continued to be a part of many other club and dance-oriented subcultures as well. Since the 80s to the present, drugs such as MDMA, GHB, ketamine, LSD, methamphetamines, synthetic cathinones, Rohypnol, and many others have gone in and out of popularity as club drugs.

In the present day, concerns over club drugs are widespread. This is partly due to the known potential for chronic misuse, the increased media focus on violent crime related to club drugs, and the younger age of club drug users compared to users of other drugs. The constant development of new compounds that could be misused has also made club drugs especially challenging for public policymakers to regulate.

While there are potentially hundreds of substances that could be used as club drugs, there are a few that are most commonly seen used in clubs today, either in pure form or combined with other substances. Commonly seen club drugs include but are not limited to the following:

The popularity of different drugs tends to differ between club scenes, geographic areas, and income levels of users. Other drugs that are often described in their own categories such as benzodiazepines and cocaine may be occasionally considered as club drugs as well.

How Are Club Drugs Used?

Like with alcohol, club drugs are primarily used to loosen inhibitions and heighten pleasure in social settings, especially in the context of a club, where bright flashing lights and loud music are part of the expected sensory experience. Club drugs are, in most cases, ingested, snorted or mixed with liquid and drank. While most of these drugs can be smoked or injected, these methods require extra paraphernalia, which can be less convenient in settings where users want to be more discreet.

Users that develop a club drug use disorder may start using these substances outside the context of partying. Those with more severe use disorders may be more likely to use less discreet methods even in relatively public settings for a more intense or different experience.

How Do Club Drugs Work in the Human Body?

Most club drugs have stimulant or disinhibiting effects on users, although many often have hallucinogenic effects as well.

Club drugs that are considered to be “uppers” such as methamphetamines and MDMA work by boosting the amount of “feel good chemicals” like dopamine and serotonin in the body.

In the case of dopamine, club drugs do this either by slowing dopamine absorption or by affecting the parts of the brain responsible for producing the hormone. Dopamine is responsible for facilitating electrical connections between nerve cells, including in the brain. More dopamine in the bloodstream causes euphoria, faster nerve response, and more intense sensory feedback.

Club drugs that are considered to be “downers,” on the other hand, tend to have a depressant effect. These drugs include ketamine, salvia, and Rohypnol. Most will slow down the communication between nerve cells, leading to disinhibition and reduced motor coordination. Larger amounts can cause users to enter dissociative states.

Some popular club drugs such as synthetic cannabinoids and LSD have hallucinogenic properties. This happens which occurs when these substances trigger different receptors in the brain.

In typical usage, club drugs are often mixed or taken with alcohol. Interactions between different substances in the body can be dangerous and cause unpredictable side effects.

What Is a Club Drug Addiction?

A club drug addiction, also known as a club drug use disorder, occurs when a patient both has a dependence on club drugs (they experience withdrawal symptoms when they stop or reduce club drug use) and experience negative life effects due to club drug use. In order to

In order to diagnose a club drug addiction, treatment professionals use the guidelines in the Diagnostic and Statistical Manual of Mental Disorders (DSM-5), last updated in 2013. “Substance use disorder” is now the preferred term used by psychiatrists and other treatment experts to describe conditions formerly known as “substance abuse” and “substance addiction/dependence”, as described in previous editions of the DSM.

Here are the criteria for substance use disorders as described in the DSM-5:

Only qualified addiction and mental health workers can make a diagnosis of club drug use disorder or other mental disorders. If you or someone you know may be at risk from a substance disorder, immediately contact a psychiatrist or other qualified treatment specialist to learn more.

What Are the Risks of Using Club Drugs?

Club drugs are associated with a wide variety of risks, not just due to the effects of individual drugs, but also due to the way club drugs tend to be used. It’s common for users to combine drugs or take extremely concentrated doses unintentionally. Some commonly associated risks of the long-term use of club drugs include:

Note that the specific effects can vary depending on the substance or combination of substances consumed.

What Are the Treatment Options for a Club Drug Addiction?

One of the main challenges when treating club drug use disorders is identifying the types of drugs consumed. Patients may consume drugs without knowing what they are, and drug dealers routinely misrepresent the contents of their products. Patients with a club drug use disorder also tend to take multiple drugs and alcohol, which further complicates the job of attending treatment specialists.

In many cases, withdrawal management in a controlled setting (such as in a rehab center or a hospital) may be necessary to allow the patient to safely detoxify and expel drug traces from their system. This is especially true in the case of alcohol and benzodiazepines. During withdrawal management, patients will be carefully monitored and tested and given appropriate medical intervention depending on what drugs the doctors think the patient took.

During and after withdrawal management, it might be recommended that patients take cognitive therapy to address the root causes of their substance use disorder. Depending on the type of program, therapy and counseling might be done on an outpatient basis after active withdrawal management.

The type of program that club drug use disorder patients need to take should depend on the situation. Some patients may only require regular outpatient sessions over a few months while some long-term chronic users may need to stay in a rehab facility for an indeterminate amount of time.

While they do not figure into the public consciousness in the same way that cannabis, alcohol, and opioids do, club drugs pose a real challenge to public health. Not only are club drugs generally dangerous and prone to chronic misuse by themselves, but it can also be difficult for users and treatment specialists alike to identify the substances that are involved due to rampant adulteration.

The use patterns of club drugs also lend them to particularly risky behavior, including mixing different substances. This makes serious cases of club drug use disorder challenging to treat, often requiring extra precautions on the part of attending physicians.

If you believe that someone you know might have a club drug use disorder, contact a qualified physician to discuss options for treatment.