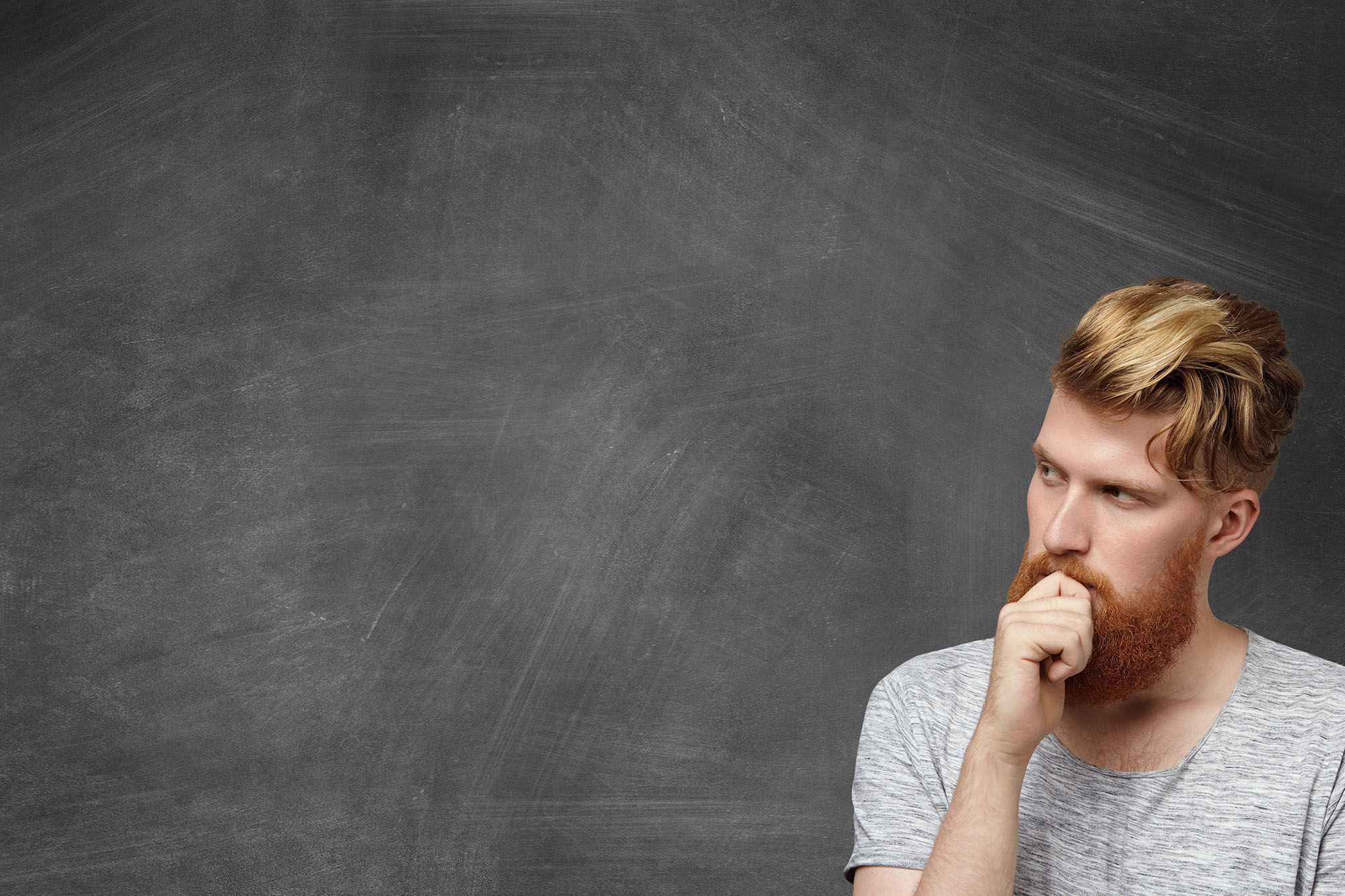 While it’s not disputed that alcohol misuse is a common problem, it’s important to remember that only psychiatrists can definitively give a diagnosis of alcohol use disorder (AUD). As with any other kind of mental illness, it can be unhelpful or even dangerous to self-diagnose and do self-treatments.

This is especially true for people who habitually misuse alcohol, as withdrawal can be extremely uncomfortable and potentially lethal. Patients with AUDs may also have other underlying mental and physical health conditions that can further complicate attempts at self-diagnosis and treatment.

However, just because a psychiatrist needs to make the final diagnosis, it does not mean that there is no way for an average layperson to identify the possible signs of chronic alcohol misuse. The CAGE test is, by far, the most popular self-assessment screening tool in the US for identifying potential alcohol use disorders. While there are several available tests, CAGE is general enough to apply to the vast majority of alcohol use disorder cases and it’s simple enough for almost any layperson to remember and administer.

This article aims to explain the CAGE test, its context, as well as some caveats and additional knowledge that people seeking to identify alcohol use disorders might find useful. If you already believe that you or someone you’re close to might have a problem with alcohol misuse, please get in touch with a qualified psychiatrist immediately.

What is the CAGE Test for Alcohol Use Disorder?

CAGE, sometimes known as the “CAGE Alcoholism Assessment” or other similar terms a self-reporting test used to evaluate a person’s risk of having an alcohol use disorder. The word “CAGE” is an acronym formed by the first letter of a keyword (cut-annoyed-guilty-eye) in each of the questions on the standard form.

CAGE and similar tests are not meant to be diagnostic tools. Rather, it’s meant to be an easily understood screening tool that could be used by anyone. Because there are only four questions, the test can be done in less than one minute. As a risk assessment tool, it is generally considered to be fairly reliable in its standard four question form. Some longer questionnaires derived from CAGE have also been used for diagnostic purposes.

What are the CAGE test questions?

Most CAGE questionnaires include the following four questions:

Respondents may only answer “yes” or “no” to each of the above questions.

How Is the CAGE Test Scored?

CAGE tests can only be scored if the patient completes the whole questionnaire. Two or more “yes” answers are generally taken to indicate that a person may have an alcohol use disorder. In some versions of the test, two “yes” responses are the minimum to indicate an elevated risk in a male patient while only one “yes” is needed for a female. The number of “yeses” needed to indicate that further investigation is needed can vary depending on the attending physician or the recovery program.

Is the CAGE Test Reliable?

CAGE is not meant to be a tool for diagnosis. Rather, it’s a quick screening method for determining whether or not someone needs to seek immediate medical attention for a possible AUD. When used as intended, the CAGE test is generally considered to be reliable. It has been extensively validated for decades and multiple studies and metastudies have pointed to its usefulness as an initial screening tool.

It must be noted that CAGE tests were developed decades before the current DSM-5 when alcohol abuse and alcoholism/alcohol dependence were separate conditions. Today, both are now understood to be one condition, “alcohol use disorder”.

What Are the Limitations of the CAGE Test?

While mostly reliable, CAGE does have a few notable limitations. One common criticism is that because there are only four questions, it is not the best for distinguishing between regular but healthy drinking and a real alcohol use disorder. For this reason, some clinicians may recommend other tests with more items.

The other more serious problem is bias. With any self-assessed test where the respondent is aware that they are the subject, bias can be a very real problem. Because drinking problems are stigmatized and not always easy to talk about, CAGE is especially susceptible to social desirability bias. This is when a person answers in a way that they feel would be more acceptable to the asker. Intentionally or unintentionally, the respondent may steer towards answers that keep them from being uncomfortable.

While susceptible to social desirability bias, that doesn’t mean that CAGE is useless. Most of the bias can be reduced if the person answering trusts the interviewer and the processing of the score. Anonymous tests, including online forms, can elicit better responses as well.

Are There Alternatives to the CAGE Test?

CAGE is extremely popular and widely used because of its simplicity and reliability. However, it is not the only test available. The shortness of the CAGE test is a major drawback as it reduces the granularity of the results. For instance, some people who do have frequent yet healthy and responsible drinking patterns may consistently be tagged as having a high risk of alcohol use when made to take the test.

Most alternatives to CAGE address this by having more items. However, while it may reduce the ambiguity of the results, these tests may not be as easy to recall or as quick to administer. There are also alternatives intended for a more specific group of people, such as adolescents or veterans.

Some alternatives to CAGE include:

How Much Alcohol Do You Ned to Drink to Have an AUD?

There is no quick answer, as everyone’s tolerance and specific reaction to alcohol are different. But for most people, an occasional glass of wine or a can of beer every once in a while is not a cause for concern. According to the National Institute on Alcohol Abuse and Alcoholism, a moderate intake for men would be no more than four drinks a day and no more than 14 drinks a week. For women, the stated recommendation is no more than three drinks per day and no more than seven drinks per week.

In these cases, a drink is defined as 14 grams of pure alcohol. This works out to be around 12 ounces of beer, 9 ounces of malt liquor, one “shot” of hard liquor, or about 5 ounces (a regular glass) of wine.

Contrary to popular practice, the amount one should drink is not necessarily just somewhat less than what it takes to get drunk. Even if you’re not yet drunk, alcohol can still be doing damage to your body. Researchers have found that people with higher tolerance to alcohol are more at risk from the long-term effects of drinking compared to “lightweights” simply because their bodies accumulate more alcohol for longer periods.

If you’re not sure if you have an alcohol use disorder, you can take a CAGE test online or have a qualified psychiatrist administer one to you.

What Should You Do If You Are Positive in a CAGE Test?

If you score the required number of “yeses” in a CAGE test, that does not necessarily mean that you have an alcohol use disorder. However, it does mean that you are at a reasonable risk of having one. Positive tests in CAGE warrant further screening from a treatment specialist.

CAGE tests are by no means perfect. But they’re easy to administer, reliable, and can be done by virtually anyone. This makes CAGE a valuable first-line screening tool for finding potential alcohol use disorders before they become especially serious. For people who belong in groups with unique risks such as teenagers, pregnant women, long-time drinkers, and veterans, there are other potentially better-suited tests.

In any case, all these self-administered tests are merely for giving one a fair idea of risk and are in no way meant to replace the skills and training of a specialist. If you scored positive in these tests, it’s highly encouraged that you immediately seek help from a qualified clinician.