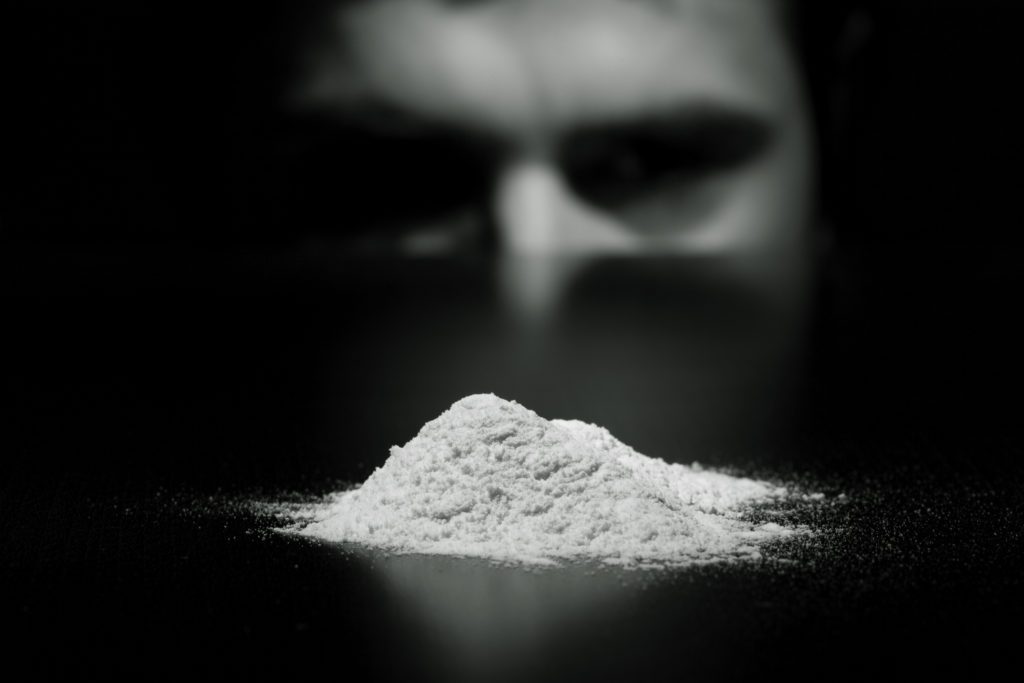 Cocaine, found in natural form within the coca leaf, has been used by humans for several thousand years. It was extracted and refined in the late 1860s and introduced to the medical community as an anesthetic for surgery. By 1914, the addictive quality of cocaine had been well observed, and the United States outlawed the drug. Today, crack cocaine, cocaine in a solid or crystalline form, is one of the most commonly abused addictive substances. Signs of cocaine addiction can be difficult to spot initially, but as the abuse continues, the drug’s effect on the body becomes more pronounced and more dangerous.

What Does Cocaine Do To The Body?

Historically, coca leaves were chewed to produce feelings of strength and energy. The reason for these feelings stems from the way that cocaine impacts the brain. Cocaine blocks dopamine receptors, resulting in a buildup of dopamine in areas of the brain that regulate enjoyment and motion.

Dopamine is a chemical produced by the brain in response to pleasurable activities and is responsible for the euphoric feeling associated with experiencing a nice surprise, like enjoying a bite of good food or seeing an old friend again. A single use of cocaine results in a chemically induced high for a period of around ten to 30 minutes.

As cocaine is abused more frequently, the human body develops a resistance to the drug’s effect. A cocaine addict must therefore increase the frequency and amount of cocaine use in order to feel the same strength of high. Over long periods of time, cocaine addiction can irrevocably alter the chemistry of the brain, creating many unpleasant side effects and long-term consequences.

Cocaine addiction symptoms include depression and edginess and may be at their strongest during the periods of withdrawal and recovery.

One of the most common ways to abuse cocaine is by inhaling the drug in powdered form through the nose. This may leave a bit of white powder around the nostrils. Cocaine can damage the delicate membranes of the sinuses, and users may frequently sniffle or suffer from a runny nose. In extreme cases, the nose may bleed.

If the drug is injected, there may be puncture marks on the arms, hands, legs, or feet. Other cocaine abuse signs can be found in the user’s eyes, which may be red, watery, or bloodshot. If they are still experiencing the high, the pupils will be dilated. This can also manifest as a heightened sensitivity to light.

Cocaine abuse symptoms are also apparent in the behavior of an addict. A typical high only lasts up to 30 minutes, so a user may sneak away several times an hour and return in a jubilant, excited mood. Smoked cocaine produces an even shorter high, resulting in a more frequent rate of use. The user may begin to eat less or not at all, as cocaine suppresses appetite. When a high wears off, the user may become lethargic or depressed and may experience difficulty sleeping. As abuse becomes more and more frequent, users may start to display signs of paranoia, uncharacteristic aggression, and even hallucinations.

Breaking free of cocaine addiction can be difficult to do alone, but by seeking the help of a safe, professional treatment facility, a cocaine addict can start healing and receive the support they need to get sober. Call today or fill out our contact form to speak with a counselor about individualized cocaine addiction treatment and our 100% confidential network of nationwide treatment centers.