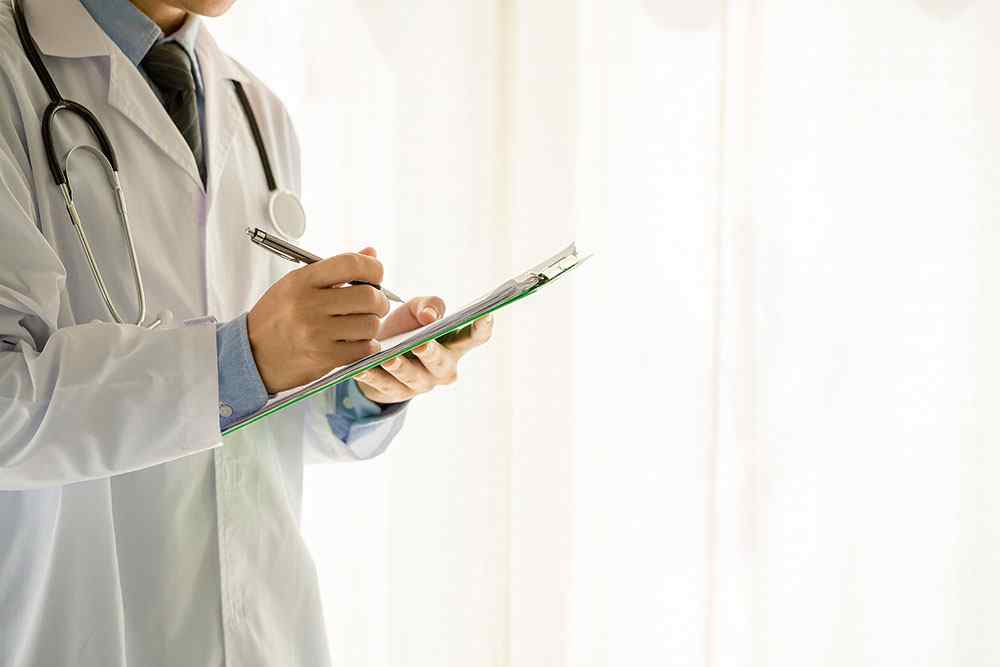 A Brief History of Antidepressants

The pharmaceutical development of antidepressants did not start until the late 1930s, when treatment for catatonia, a form of schizophrenia, was discovered. Before then, drug discoveries were mostly unsuccessful, and there was really no effective treatment for depression and its symptoms.

In 1937, the first antihistaminic drug was synthesized by Ernest Forneau and Daniel Bovet, following the theory that histamines are responsible for allergic reactions. The link between the structure and activity of several antihistamines was extensively studied. Eventually, these paved the way for the discovery of many antidepressants and antipsychotics.

Promethazine, which was developed shortly after World War II by P. Charpentier and his colleagues, was found to have potent antihistaminic properties. Its commercial success as a sedative and potential antipsychotic stimulated the ensuing research and eventual discovery of many modified promethazines. Ultimately, chlorpromazine, which could be synthesized by adding chlorine to promethazine, was successfully delivered and marketed as the very first antipsychotic drug.

In 1945, G22355, a weak antihistaminic and anticholinergic drug with sedative properties, was synthesized by Häfliger and Schinder by modifying the structure of promethazine. G22355 was initially found to be ineffective in the treatment of schizophrenia. However, Roland Kuhn, a Swiss psychiatrist, recognized its potential antidepressant effects. In 1957, Kuhn wrote the very first report on the antidepressant properties of G22355, later named imipramine. In the same year, imipramine was distributed for clinical use in Switzerland under the brand name Tofranil.

How do Antidepressants Work?

Most antidepressants work to increase the levels of these neurotransmitters in the brain or to prolong their availability in the circulatory system by inhibiting their reuptake or by decreasing the rate at which they are broken down by enzymes. These enable the neurotransmitters to regain a state of equilibrium in the body and to reverse the symptoms associated with depression.

There are many classes of antidepressants available in the market. They have different mechanisms of action and produce different side effects, but all are effective in managing symptoms related to depression.

SSRIs are the first-line agents and the most popularly used drug class in the treatment of depression. They work by inhibiting reuptake of serotonin in the brain, which leads to an increase in its availability and prolonged action in the neurons. Apart from depression, they are also clinically indicated for other mood disorders such as anxiety and panic disorders.

SSRIs are popularly used because of their safety, ease of use, and higher tolerability among patients. They are also cheaper compared to other classes of antidepressants. Side effects of SSRIs include nausea, headaches, and gastrointestinal disturbances such as diarrhea.

In contrast to SSRIs which only selectively act on serotonin, SNRIs prevent the degradation of both serotonin and norepinephrine and block the reuptake of both neurotransmitters in the brain. Because SNRIs also increase the levels of norepinephrine in the body, they have the capacity of activating the sympathetic response of the body, producing side effects such as increased heart rate and blood pressure.

TCAs are first-generation antidepressants. They are used primarily in depression that is refractive to treatment with the newer classes of antidepressants such as SSRIs and SNRIs. They work to increase the levels of both serotonin and norepinephrine in the body by blocking their reuptake in the brain, thus increasing their availability.

TCAs help relieve insomnia and pain and are recommended for people whose main symptoms are pain- and sleep-related. TCAs have a relatively poorer tolerability compared to other classes of antidepressants, causing unsatisfactory compliance among patients. This is because TCAs have a lot of adverse side effects, including dry mouth, constipation, and sexual dysfunction.

Like TCAs, MAOIs are indicated for patients who are unresponsive to treatment with other classes of antidepressants. Their mechanism of action is preventing degradation of neurotransmitters by enzymes, leading to greater availability of these neurotransmitters in the brain. Nowadays, MAOIs are rarely used in clinical practice because of their toxicity and potentially lethal food and drug interactions. They also produce adverse side effects such as weight gain and decrease in blood pressure, resulting in poor compliance among its users.

What Are the Legitimate Medical Applications of Antidepressants? 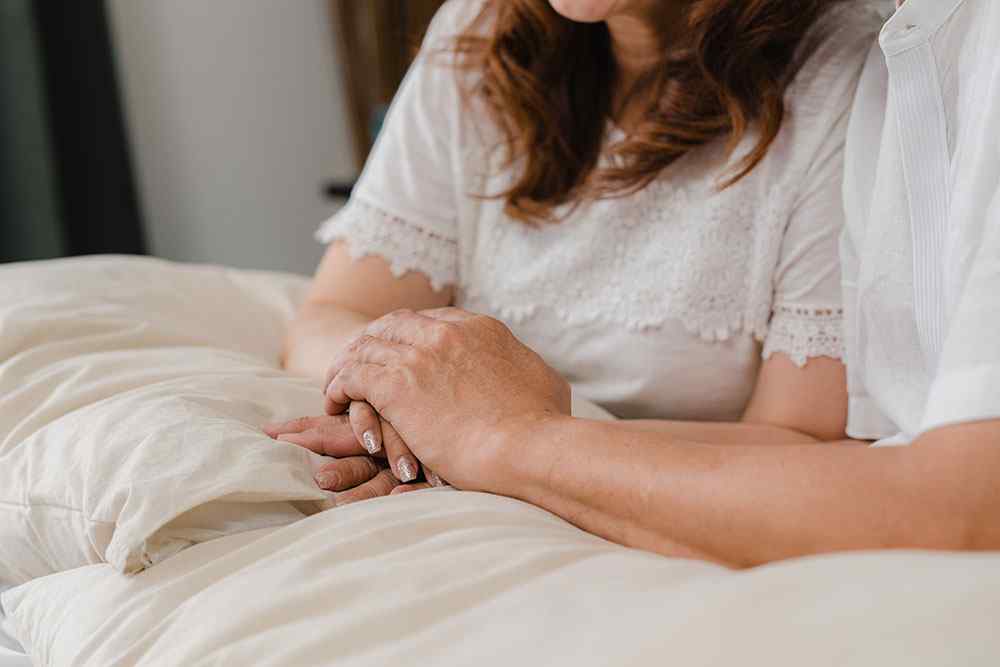 As mentioned, the use of antidepressants is indicated for the treatment of depression and its associated symptoms like insomnia. Some SSRIs can also be used for the control and relief of symptoms of anxiety and panic disorders, obsessive-compulsive disorder, and post-traumatic stress disorder. Most antidepressants are prescription drugs, which means that they can only be legally obtained with the prescription of a physician.

The rate of nonmedical and illicit use of prescription drugs, particularly antidepressants,  has accelerated in the US in the past few years. In fact, nonmedical use of these drugs is second only to marijuana in terms of illicit drugs with the highest levels of abuse or dependence, indicating that the phenomenon is already widespread across the US.

There are a lot of reasons for nonmedical use and abuse of antidepressants, one of which is increased free availability. Despite the fact that most antidepressants are prescription drugs, a lot of people say that they can easily obtain these drugs from a family member or friend. It was also indicated that these family members or friends acquire these drugs from their doctors for their own treatment.

Another common reason is the increasing accessibility of the Internet and the wide presence of what is called “no-prescription websites.” These websites are considered illegal by the law because they allow users to obtain prescription drugs even without medical supervision and guidance. In 2007 alone, over 580 websites were discovered to be advertising or selling prescription drugs outside medical recommendations.

Apart from increasing availability and rampant use of no-prescription websites, the positive perception towards nonmedical use of antidepressants also largely contributes to its abuse. In recent years, views on the use of antidepressants have greatly shifted. People perceive it now as more socially acceptable and less stigmatized. In addition, people consider it as less harmful substances than illicit drugs, leading to increased rates of abuse.

What Are the Risks of Antidepressant Abuse?

Aside from drug overdose, antidepressant abuse can lead to many other health complications. For example, MAOIs can result in hypertensive crisis, delirium, and reduced platelet activity. Meanwhile, TCA abuse can be linked to cardiac problems, delirium, and seizures. Potential adverse effects of SSRIs and SNRIs include hypertensive crisis, appetite suppression, and seizures.

Depression is a mood disorder characterized by extreme feelings of sadness, disruptions in memory and concentration, disorders in sleep-wake cycle and appetite, and suicidal thoughts and behavior. It can become a life-threatening problem, especially when left untreated. Depression is scientifically believed to be caused by deficiencies in the neurotransmitters serotonin and norepinephrine.

Antidepressants are a class of drugs that help control symptoms associated with depression. They aid in minimizing relapses and prolonging symptom-free periods, helping patients regain their normal daily function. They work by maintaining normal levels of serotonin and norepinephrine in the brain, thereby reversing the imbalance and treating depression-related symptoms.

While antidepressants have been successful as pharmacological therapy for depression, they have also been linked to substance use disorder, which has resulted in a considerable number of mortality and morbidity. Many drug-related deaths and suicide attempts have been caused by antidepressant abuse. Antidepressant abuse can also lead to many health problems such as hypertensive crisis, delirium, and seizures.

We at Better Addiction Care are committed to helping substance abuse patients reclaim the life they once enjoyed. With our comprehensive, city-based list of competent rehab treatment centers, we can help you look for a quality rehab facility near you. lf you or any of your loved ones are suffering from substance use disorder, let Better Addiction Care be your partner in taking the first step toward recovery.