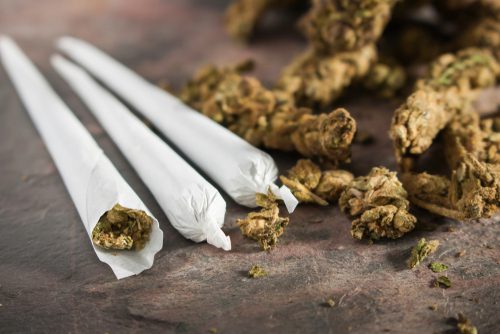 It is also perhaps the most controversial of all the commonly used drugs. This controversy is due to its history, relatively low risk, increasingly obvious medical potential, and the way present legislation often treats it similarly to so-called “hard drugs” with more limited medical value such as opioids and methamphetamines.

Unlike many other illegal or highly regulated drugs, it’s likely that cannabis will eventually become legal and readily accessible throughout the US shortly. While not legal on a federal level, marijuana is already legal either for medical use or for recreation in a majority of states. Even in states where it remains illegal or where a prescription is needed, it has largely been decriminalized or has its use deliberately overlooked by local law enforcement.

However, even in the likely scenario that cannabis will become legal at a federal level, this does not take away from the fact that its misuse represents a serious risk. If and when legalization will take place, there will be a greater need to better understand the issues surrounding cannabis, given the likelihood of wider accessibility.

A Brief History of Cannabis in the United States

Cannabis includes all plants from the family Cannabaceae, including Cannabis sativa, Cannabis indica, and Cannabis ruderalis. Plants in this genus have been used since antiquity for creating durable fibers as well as for medicinal and recreational purposes.

In the Americas, cannabis became a part of life almost immediately since European colonization, primarily due to its value for rope-making and traditional medicine. There wasn’t a focus on cannabis’s recreational use in the United States until Mexican immigrants introduced the practice in the 1900s, around the time of the Mexican Revolution.

By the time of the Great Depression, widespread resentment against these recent immigrants escalated due to the massive loss of jobs and social turmoil experienced by many white Americans. This led to a widespread demonization of recreational cannabis, as it was at the time, primarily a drug primarily used by Mexicans as well as other people who were not part of mainstream American culture.

This led to a gradual criminalization of recreational cannabis at the local and state levels. This came to a head with the Marijuana Tax Act of 1937, which virtually banned the use of cannabis for anything outside of industrial purposes. Widespread industrial cultivation of cannabis lingered on due to the need for hemp fiber in World War II. However, the mainstream social opinion on cannabis continued to be negative and even industrial cultivation effectively ended just a decade after the war.

Recreational use and cultivation were kept alive by American counterculture, even as subsequent federal legislation effectively kept it illegal. By the 1970s, however, there was a growing body of scientific evidence that strongly suggested that cannabis had legitimate medical applications. This, along with a more widespread understanding of the history and hysteria behind cannabis in the US has mostly reversed American public opinion on cannabis in the present day.

However, cannabis today is in some ways quite different from what it was when it was first made illegal at a federal level. Modern cultivation techniques have resulted in most modern cannabis strains being several times more potent than wild and heirloom strains. This increased potency has added some nuance to the ongoing discussion on cannabis misuse and legalization.

How Is Cannabis Used?

Cannabis products can be used in a wide variety of ways to achieve a “high.” Cannabinoids, the chemical compounds that can cause intoxication, can be found throughout the whole cannabis plant, with the highest concentrations on the leaves, flowers, and resin. The plant can be smoked, ingested, consumed as tinctures and infusions, or vaporized and inhaled to produce intoxicating effects on users. Cannabis resin can be processed into hashish, which contains an even higher concentration of cannabinoids.

Does Cannabis Have Any Legitimate Medical Applications?

In the United States, the Food and Drug Administration still does not recognize any medical purpose for cannabis, even though many pharmaceutical companies have already started marketing cannabis-derived medications. While not conclusive, there is some evidence that some cannabinoids have legitimate medical applications. They have shown some promise in pain control, treating neurological conditions, reducing nausea during chemotherapy, and improving appetite for HIV/AIDS and anorexia patients, among others.

The main barrier towards more widespread acceptance is the psychoactive effects associated with tetrahydrocannabinol (THC), the principal chemical compound in cannabis. THC also has a fair potential for misuse, with cannabis being the most widely abused illicit drug. There is also compelling evidence that cannabis can damage developing brains. Critically, there is also a wide degree of unpredictability in how different individuals may react to different cannabinoid compounds.

For these reasons, the chemical compound cannabidiol (CBD) has received a lot of attention from researchers as there is some evidence to show that CBD can predictably produce most of the desired benefits without having a strong psychoactive component. However, no CBD product has of yet been approved by the FDA.

How Does Cannabis Produce Its Effect on the Human Body?

What Is Cannabis Use Disorder?

There are 11 criteria used to define cannabis use disorder, and severity is graded depending on how many criteria apply. Severity can be mild (2-3 items apply), moderate (4-5), or severe (6+). Events should have happened within 12 months.

The criteria for cannabis use disorder in DSM-5 are as follows:

Please note that only a medical expert is qualified to diagnose cannabis use disorders and other psychiatric conditions. If you feel the above criteria applies to you or a family member, please consult with a qualified psychiatrist to discuss your options.

What Are the Risks of Cannabis Use?

Cannabis use has been linked to a variety of different long-term and short term risks. Some of these include but are not limited to the following:

Options for Treating of Cannabis Use Disorder

Cannabis use disorder is usually not treated any differently from other substance use disorders. However, according to a report by the National Institute on Drug Abuse, three behavioral treatments are especially promising for treating cannabis use disorders: cognitive-behavioral therapy, contingency management, and motivational enhancement therapy.

Cognitive-behavioral therapy involves changing problematic behaviors through psychotherapy. Contingency management involves tracking patients and rewarding “target behavior.” Motivational enhancement therapy attempts to help a patient find their own motives to change their behavior. These treatments are not normally intended to be used by themselves, but are rather used in conjunction with other established strategies.

Treating cannabis use disorders can be complex. Patients with these disorders tend to have other underlying conditions, including other substance use disorders. Long-term users of cannabis may also need monitored withdrawal management to get traces of cannabis out of their system to reduce cravings.

While there are no FDA-approved medications for facilitating cannabis withdrawal management, there is plenty of promising research in this area, particularly for improving the quality of sleep, as sleep disorders are common in patients attempting to quit cannabis. Other research involves drugs that may disrupt THC’s reward mechanism as well as compounds that may ease withdrawal by slowing the absorption or breakdown of cannabinoids naturally produced by the body.

Compared to other drugs, the discussion around cannabis is complex. Cannabis has a relatively low risk compared to legal drugs such as alcohol and tobacco yet it is legally lumped together with drugs such as heroin. However, just because cannabis is less harmful than heroin or alcohol, it does not mean that risks don’t exist.

The risks from cannabis are arguably more present now than they were at the beginning of cannabis prohibition. In the US, it is more available than it ever has been in recent memory and modern strains contain THC levels several times higher than those of previous generations. Studies have also indicated a worrying possibility that these higher average levels of THC are capable of damaging developing brains, making regular cannabis use especially risky for children and teens.With this information, you can better navigate and avoid the risks of cannabis use. If you feel that you or a loved one are suffering from a cannabis use disorder, contact a medical professional immediately to assess your options.