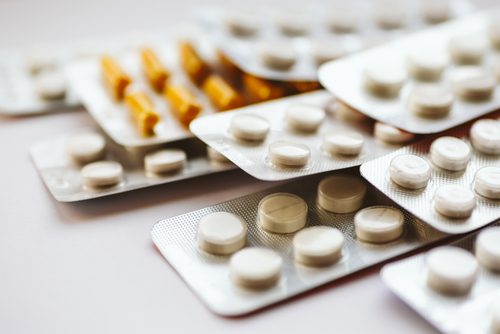 While there are regulations currently in place for controlling the use of almost all widely available depressant substances, misuse nevertheless remains a serious problem for healthcare providers, regular Americans, and public policymakers alike.

Depressants occupy a large part of the public discourse on American drug use. Public policy and opinion on how different types of depressants are controlled are also inconsistent. Illegal opioid and prescription depressant misuse have received plenty of attention in the media while alcohol, the most prevalent depressant drug, continues to be mostly legal while being a leading cause of premature death in the USA.

Given that you likely know someone that misuses depressants or that you may have used depressants yourself, it’s useful to be able to identify the signs of misuse or a potential use disorder. This article aims to provide that information as well as relevant context to make it easier to understand depressant misuse in a more objective manner.

A Brief History of Depressant Use in the United States

Native Americans have been making forms of weak beer and wine for millennia before European contact. These alcoholic beverages were enjoyed socially or as part of religious rituals. However, due to the relatively low levels of alcohol in these substances and the effort required to produce enough for intoxication, serious misuse was likely rare. European settlers later brought with them Old World depressant substances such as opium and alcohol, the latter of which would later become extremely widely used throughout what would be the United States.

Around the same period, opium and opium-related products such as laudanum started to become more easily accessible in the United States. These opiates had a recognized potential for abuse but were nonetheless used for a wide range of medicinal purposes, particularly for pain relief. Critically, morphine was synthesized in 1804, followed by diamorphine (heroin) in 1874. These highly addictive drugs and other opium derivatives have slowly gained popularity over the following century and are still a major problem today.

Other depressants such as barbiturates and benzodiazepines were developed in the latter part of the 20th century. Benzodiazepines, in particular, are commonly prescribed and widely available as they are a useful class of drugs for treating anxiety, sleep disorders, as well as musculoskeletal issues.

Today, depressants such as alcohol, opioids, and benzodiazepines are among the drugs most likely to be misused, accounting for a majority of serious substance use disorders in the United States. Opioids, in particular, have received a lot of attention from public policymakers as well as in the media.

How Are Depressants Used?

Most popular depressants, such as alcohol, benzodiazepines, and opioids, are often ingested, either in liquid or pill form. However, some widely misused depressants such as heroin can be injected, smoked, or snorted. Even prescription depressant pills intended for ingestion can be consumed in these ways to produce a more rapid onset of effects.

Depressants have a physical and emotional numbing effect, which makes them popular as a way to reduce anxiety, stress, and social inhibitions. Some, such as opioids, can give the user a sense of euphoria, as well which has led to their recreational use.

What Are the Medical Applications of Depressants?

Depressant drugs are widely used in modern medicine for a wide variety of applications. Benzodiazepines are a standard class of medication for anxiety and sleep disorder treatments. Opioid drugs such as oxycodone, methadone, buprenorphine, oxymorphone, codeine, hydrocodone, fentanyl, loperamide, and morphine are widely used for many conditions and medical procedures. Opioids are particularly useful as painkillers and are often used for post-surgery pain control.

How Do Depressants Work in the Human Body?

While each type of depressant tends to work in a unique manner, broadly speaking all depressant drugs cause a slowdown in the central nervous system (CNS). All depressant drugs will slow down communication between different nerve cells. This is accomplished by slowing down dopamine production, increasing dopamine absorption, or otherwise interfering with the normal functioning of the CNS.

However the slowing down of nerve responsiveness is achieved, the effects tend to be similar. Inhibitions are removed, muscles become more relaxed, sensations are numbed, and higher brain functions such as decision-making are impeded. Dopamine and other neurotransmitters are also involved in the regulation of other bodily functions as lactation, learning, mood, and many others.

What Are Depressant Use Disorders?

Since the 2013 updates to the Diagnostic and Statistical Manual of Mental Disorders (DSM-5), the terms “dependence”, “addiction”, and “abuse” have mostly been rendered obsolete when used in reference to substance misuse or a compulsion to use drugs and other substances. These older terms have largely been supplanted by the term “substance use disorder”.

The criteria for depressant use disorder is as follows:

While the following criteria can be useful for identifying a possible depressant use disorder, only a qualified psychiatrist can make a proper diagnosis. If you feel that any of the criteria applies to you or a loved one, please contact a qualified treatment specialist immediately for further assessment.

What Are the Risks of Depressant Use?

The use of depressants, even when medically prescribed, always carries a risk. While there are some commonalities in risks and effects, these can vary depending on the specific types of depressants used.

Low to moderate depressant use can cause the following:

Higher doses can make these effects more intense. Some of the things associated with higher doses include:

Long-term use of depressants can have the following risks, even at low doses:

Treatment of Depressant Use Disorders

Thankfully, CNS depressant use disorders are well-understood compared to other substance use disorders. Alcohol, opioid, and benzodiazepine use disorders, for instance, are among the most prevalent in the US, which means treatment and rehabilitation specialists have a lot of experience with these illnesses. The treatment for these disorders also tends to have a lot of commonalities, which can simplify matters for patients who have problems with multiple types of depressants.

The rehab and treatment options for patients should depend on their specific circumstances. Mild and severe cases, for instance, might be treated differently, with severe cases more likely to undergo an extended inpatient program in a rehab center. Many patients with a substance use disorder may also have other underlying psychiatric issues. In many cases, the patient’s drug use may have also taken a toll on their physical health and their ability to care for themselves, which further complicates the needed treatment. These will all determine the type of program a patient needs as well as the required duration of their treatment.

In many cases, treatment specialists will have the patient undergo withdrawal management, a process sometimes incorrectly referred to as “medical detox”. Patients that have used common depressants such as opioids, alcohol, or benzodiazepines can develop extremely uncomfortable withdrawal symptoms if they are not slowly weaned off their drugs of choice. Quitting these types of drugs “cold turkey” can lead to potentially fatal consequences, which is why withdrawal management is often necessary so that appropriate medical intervention can be given to the patients as needed.