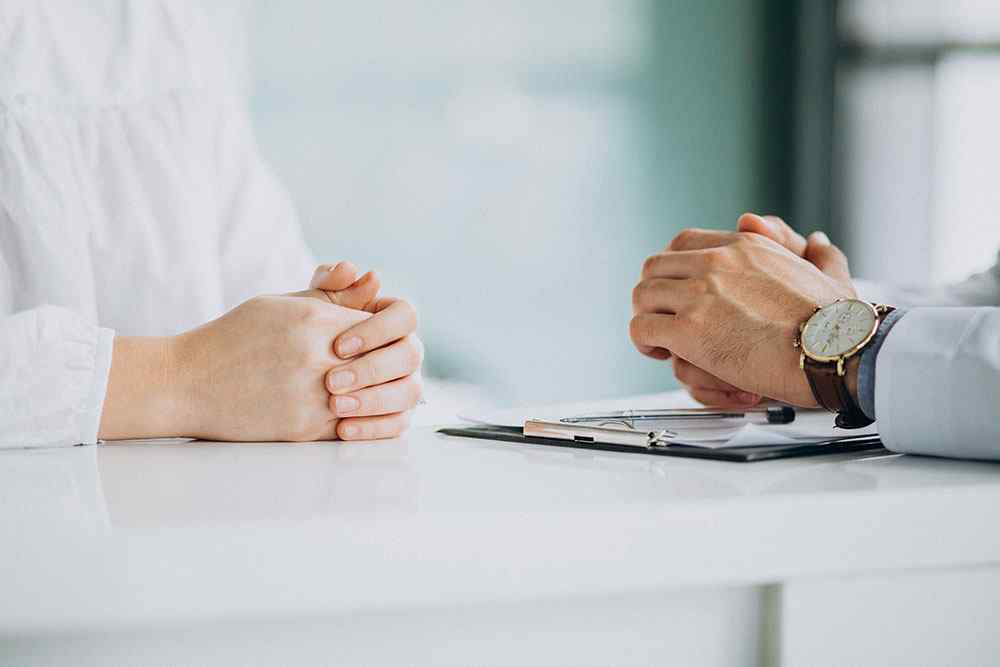 What Are Prescription Medications?

Prescription medications are drugs prescribed by licensed physicians and dispensed by pharmacists. As the name suggests, their use requires a written prescription, along with a clinical diagnosis and instructions on dosage, frequency, and route of administration. Each prescription is intended for use by only one person, thus prescription drugs can only be sold to those who have their own prescriptions.

Prescription drugs are strictly regulated by the Food and Drug Administration. Any new drug undergoes years of clinical trials to ensure safety and efficacy before getting approval for commercial marketing.

What Are Examples of Prescription Medications?

Painkillers are a class of drugs used to relieve pain. They can be over-the-counter, like NSAIDs and acetaminophen, or may require prescription, like opioids. There are many kinds of painkillers indicated for different types of pain. NSAIDs are fast-acting painkillers that immediately reduce inflammation. Ibuprofen and naproxen, a subgroup of NSAIDs, can alleviate acute pain in just a matter of minutes. They are used in the treatment of mild to moderate pain, including toothache, headache, and menstrual pains. Acetaminophen, on the other hand, is used to lower fever and reduce pain but has no anti-inflammatory properties.

As mentioned, opioids are prescription drugs. Of all the painkillers, opioids have been regarded as the most effective in the treatment of pain, and their efficacy in the management of both acute severe pain and chronic pain is considered a standard of care all over the world. However, because opioids can produce feelings of euphoria when taken for a long time and in high doses, they are also the most prone to abuse and addiction.

Different painkillers have different mechanisms of action. NSAIDs work by blocking the synthesis of prostaglandins which are pro-inflammatory cells, thereby reducing inflammation and associated symptoms such as pain and redness. Opioids, on the other hand, block calcium channels to inhibit the release of substance P and glutamate, which are neurotransmitters responsible for pain perception.

Sedatives are a group of prescription drugs that depress the central nervous system. Their main effect is to reduce anxiety and stress and they are primarily indicated for the treatment of anxiety and panic disorders, as well as sleeping disorders such as insomnia. There are three major groups of drugs under sedatives: benzodiazepines, barbiturates, and barbiturate-like substances.

Barbiturates are useful and effective sedatives with a small margin of safety when taken in overdoses. They are highly lethal with only ten times the normal dose producing coma and death. Benzodiazepines, on the other hand, are not potentially lethal as compared to barbiturates as they have minimal effect on respiratory depression. Cocaine users who are in withdrawal often use sedatives to reduce their withdrawal symptoms, while opioid abusers use them to enhance the euphoric effects of opioids.

Anabolic steroids, also known as androgenic steroids, are synthetic analogs of the naturally produced hormone testosterone. This class of steroids has various degrees of muscle-building and masculinizing effects, including hirsutism and deepened voice. Anabolic steroids are primarily indicated for diseases that cause testosterone deficiency such as primary hypogonadism.

The major reason for taking anabolic steroids is to enhance athletic performance or physical appearance. Like other stimulant drugs such as cocaine, steroid overdose can induce a state of euphoria, which makes them prone to abuse and addiction.

What Are the Risk Factors for Prescription Drug Abuse?

85% of people aged 65 years and above suffer from multiple chronic illnesses such as diabetes and hypertension. In addition, older people are more vulnerable to mental illnesses such as anxiety, depression, and sleeping disorders. The co-existence of these health problems requires them to take multiple prescription drugs to alleviate their symptoms. Symptoms that are inadequately managed may also lead patients to taking the drugs more frequently and in higher doses than that advised by the physician. Older people also tend to forget to take their medications at the right time and dosage. Hearing and vision loss which accompany aging can also cause difficulties in following medication regimens. Any combination of these factors predispose older people to drug abuse.

Ease of accessibility to drugs increases an individual’s likelihood to become drug-dependent. This is especially true for people with chronic illnesses who can easily get prescriptions from their physicians and use these prescriptions to purchase drugs outside medical supervision.

As people grow older, physiological changes happen in the body, and these affect the way drugs work. Slow metabolism, changes in fat percentage, and changes in body mass are just some factors that increase the potential for drug abuse. Because the drugs are slowly metabolized, they take longer to take effect, which could drive the patient into taking more of it to speed up the process. This results in harmful side effects and drug abuse.

What Are the Health Risks of Prescription Drug Abuse?

Abuse and misuse of prescription drugs can lead to many health problems. The most severe clinical manifestations of opioid overdose are hepatitis and HIV infection through the use of contaminated needles. It may also cause drowsiness, slurred speech, impaired attention and memory, and in extreme cases, it can also lead to coma.

Sedative intoxication can lead to slurred speech, unsteady gait, and impairment in cognition. Complications include pulmonary edema, hypothermia, and gastrointestinal problems such as delayed gastric emptying. Extreme cases of intoxication may result in slowing of the heart rate, hypotension, seizures, and respiratory depression, which may lead to unresponsive coma and even death.

Steroid overdose, in contrast, can result in increased anger, arousal, irritability, hostility, and depression. In men, it can cause reduced sperm count and testicular atrophy which can pose a challenge to conception. It also leads to male-pattern baldness, breast enlargement, and severe acne. Steroid intoxication in men also increases their risk for prostate cancer. Overdose of anabolic steroids in women leads to hirsutism or male-pattern development of hair, menstrual irregularities, and hair loss.

What Are the Possible Interventions for Prescription Drug Abuse?

Treatments for abuse of prescription drugs mainly depend on the class of drugs.

Overdose with sedatives such as benzodiazepines are responsive to flumazenil, although caution must be taken because of its potential adverse effects like tremors, headache, and dizziness. Sedative withdrawal syndrome can be countered by slowly tapering down the dose and frequency of the particular sedative over a few weeks. Extreme cases of withdrawal syndrome must be treated by substitution with a long-acting sedative, and close medical supervision is necessary to monitor potential complications or relapses. After pharmacological treatment, psychotherapy is recommended, which involves individual counselling such as cognitive-behavioral therapy. Group sessions are also beneficial in preventing relapses.

Abstinence is considered the most effective treatment approach to anabolic steroid abuse. The detoxification process must be medically supervised in order to monitor the possible development of withdrawal symptoms, which can be challenging to the patient. Effective adjuncts include psychosocial interventions such as group therapy and cognitive-behavioral therapy, which focuses on helping patients find new ways to cope with their destructive behavior by changing their thought patterns. 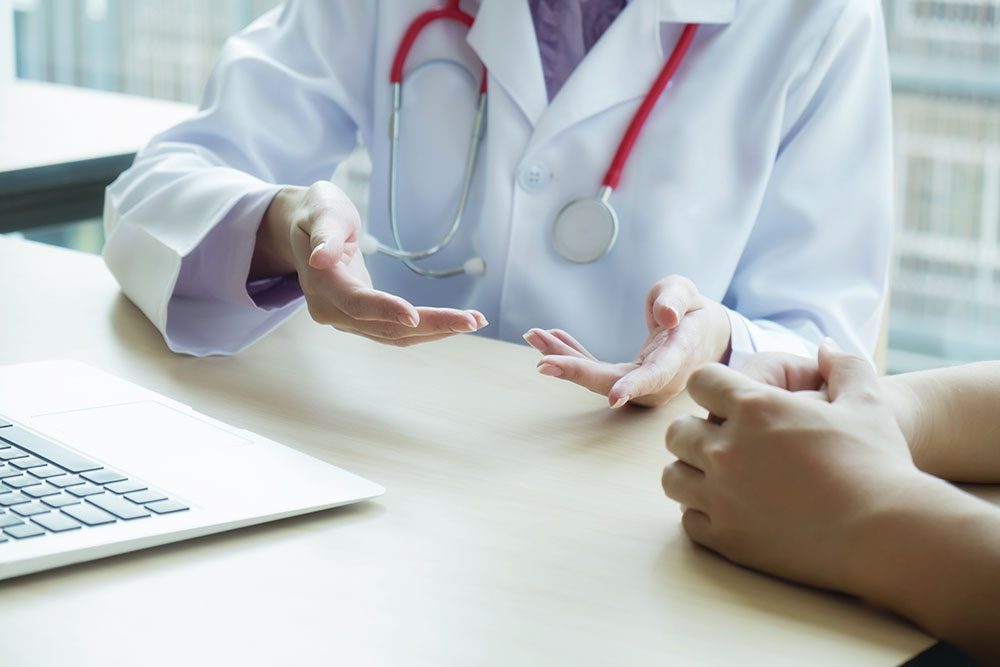 Prescription medications are drugs which require prescription by licensed physicians. Their distribution and use are regulated by the Food and Drug Administration. There are many types of prescription medications intended for different medical complaints and conditions, including painkillers, sedatives, and anabolic steroids. While prescription medications are effective in the treatment of various illnesses, they can also be misused and abused, which leads to drug addiction. This commonly happens in older people who suffer from multiple chronic illnesses and take different drugs. Because the body’s metabolic rate slows down with aging, older people may tend to take their medications more frequently and in higher doses than prescribed in order to feel relief quickly. This and many other factors contribute to their predisposition to drug abuse.

Various modalities of intervention can be put in place to address addiction to prescription drugs, including pharmacotherapy and many various forms of psychotherapy such as support groups and cognitive-behavioral therapies. Each of these treatment approaches has its own proven benefit and can be implemented as adjuncts to one another in order to maximize the patient’s recovery potential and minimize relapses.

Better Addiction Care is here to help you look for the best rehab treatment facilities that will help you recover from addiction. We believe that each patient is unique, that is why we are committed to helping you find the rehab center that will cater best to your needs. Give us a call at (800) 429-7690 to get started.