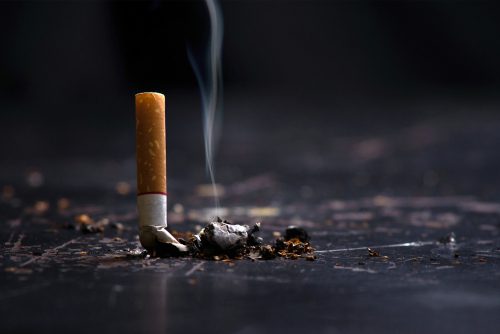 While the consumption of illicit drugs is heavily regulated, their use is on the rise. Cocaine, MDMA, and methamphetamine use have seen an uptick in recent years, sidelined by the ongoing opioid crisis. The misuse of prescription stimulants is also widespread, as is the misuse of seemingly innocuous caffeine products.

The relatively low cost of both illicit and legal stimulant drugs has led to a steady rise in the incidences of all kinds of stimulant use disorders. Because it’s increasingly likely that you or people you know may be affected by stimulant use disorders, it is important to be able to identify the signs. This article should help readers learn more about stimulant use and misuse and make it easier to understand the risks involved.

A Brief History of Stimulant Use in the United States

For millennia before European contact, Native Americans in what would be the United States used plants with stimulant properties such as tobacco, ephedra, and cassine for religious and medicinal purposes. European settlers also used these plants for medicinal purposes as well as for recreation. They also introduced Old World plants and products with stimulant properties, such as tea and coffee.

In the late 19th century, amphetamine and methamphetamine were synthesized in laboratory settings, and cocaine was isolated in its pure form. While these drugs initially found widespread acceptance among doctors and the general public alike, the effects of chronic misuse eventually became apparent, leading to much stricter controls on their use and availability by the latter part of the 20th century.

The use of illicit stimulants such as methamphetamines and cocaine has increased following a slump in the previous decades. With about 0.6% of the population having used methamphetamines and a similar number having used cocaine, illicit stimulant use is currently one of the biggest drug problems nationwide, and the worst type of drug problem in some states.

MDMA has also broken out of its niche use in clubs through the 1980s through the 2000s to become a drug that is now almost part of the mainstream, with 17 million Americans aged 12 or older were reported using it in 2014. The misuse of prescription stimulants such as Methylphenidate (e.g., Ritalin) and amphetamines (e.g., dextroamphetamine; Adderall) is also reported to be currently on the rise.

How Are Stimulants Used?

While there are some critical differences between specific stimulant drugs, they can be used in broadly the same manner.

Stimulants can be smoked, such as in the case of crystal meth, crack cocaine, and tobacco; snorted as with cocaine powder and crushed-up prescription pills, or ingested as with coffee and amphetamine pills. Users may sometimes inject these drugs, apply them as tinctures, or take them as suppositories in an attempt to get a heightened effect or a more rapid onset.

When used recreationally, they are often used as a “pick me up” to reduce lethargy as well as to improve concentration, alertness, and confidence. Occasionally, they may be used to increase sexual arousal or control weight gain. They are sometimes used as performance-enhancing drugs as they can significantly improve stamina. Most stimulants can give users a sense of euphoria, which increases the risk of chronic misuse.

What Are the Medical Applications for Stimulants

Prescription stimulants are widely used in the treatment of attention-deficit hyperactivity disorder (ADHD), sleep disorders such as narcolepsy. They are also prescribed for depression and obesity. Some bronchodilators (medicines that help patients breathe easier) are also considered stimulants.

How Do Stimulants Work in the Human Body?

Stimulants work by increasing dopamine levels in the body, by slowing down its absorption, directly stimulating parts of the brain that boost dopamine, or through both or some other methods. Dopamine is a hormone and an essential neurotransmitter used by the central nervous system for sending signals between nerve cells, including in the brain. It is also important for pleasure, thinking, and focus.

When the body is flooded with dopamine, nerve responsiveness is increased, causing all the effects that we associate with stimulant use. Dopamine also affects other bodily functions, including but not limited to learning, sleep, mood, nausea, pain processing, movement, kidney function, lactation, and more.

What Are Stimulant Use Disorders?

Stimulant use disorders are a type of substance use disorder where stimulants are chronically misused. Misuse can include using prescription stimulants when not prescribed, using illicit stimulants, using higher than recommended amounts, crushing pills and smoking, snorting, or injecting them, among others.

The stimulant use disorder criteria according to the DSM-5 includes the following:

What Are the Risks of Stimulant Use?

Even when used as directed, stimulant use carries some risk.

Low to moderate doses of stimulants can cause the following effects:

Higher doses may intensify the above effects and create more serious risks to the user. Some of these include:

Long-term use of stimulants, even at low or recommended doses has been associated with the following risks:

Treatment of Stimulant Use Disorders

There are a wide variety of rehabilitation options for patients with a stimulant use disorder. The treatment of stimulant use disorder can be complex, as patients with substance use disorders are likely to have other psychiatric conditions. They may also be suffering from confusion, paranoia, and malnutrition indirectly caused by their use of stimulants, which further complicates treatments. This makes it important that the physicians and other treatment specialists involved put the patient in a program that best suits their case.

Depending on the case, withdrawal management under direct supervision may be required, possibly in a hospital or a treatment facility. This is to ensure that the patient’s withdrawal causes the least harm to themselves and others.

There will typically be counseling sessions throughout and immediately after the treatment, in both a group and individual setting. As many substance use patients are at risk of relapse or have underlying mental and physical health concerns, periodic checkups may be necessary for an extended period.

Stimulant use disorders are likely to become a more serious problem in the coming years. The relative ease of access to stimulants through both legitimate and illicit means has made it more important for all of us to be able to see the signs of possible stimulant misuse as well as the options available for treatment. If you or someone you know seems to be at risk of having a stimulant use disorder, contact a doctor or rehabilitation professional immediately to discuss your options.