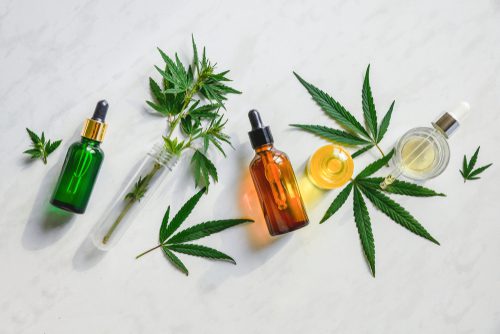 In this article, we will discuss what synthetic cathinones and cannabinoids are, how they affect the human body, their potential for misuse, as well as available types of treatment. This may be helpful if you know someone in your household that has been misusing synthetic drugs or if you yourself suspect that you may be developing a use disorder from these substances.

Synthetic cannabinoids and cathinones are lab-derived equivalents of the principal chemical compounds found in cannabis (Cannabis sativa, Cannabis indica, and Cannabis ruderalis) and khat (Catha edulis), respectively. Both cannabis and khat have been consumed by humans in their natural forms since antiquity.

Cannabis first made its way to the New World when it was brought along by the first waves of European colonists, primarily for fiber production. Khat, on the other hand, did not become easily accessible in the US until the mid-90s.

In the US, these synthetic drug compounds were not identified by public policymakers as a serious problem up until the 1990s and 2000s when synthetic cannabinoids and cathinones started being incorporated into so-called “designer drugs” that were closely linked to different club scenes. Both drugs were and still are often touted erroneously as being a source of “legal highs.”

Since 2010, these compounds began receiving mainstream attention in the press. According to the World Drug Report 2016, the most common type of new substances reported were synthetic cannabinoids, followed by synthetic cathinones. Today, new compounds incorporating these substances are constantly being developed, under hundreds of brand and street names.

How Are Synthetic Cannabinoids and Cathinones Used?

Since the 1990s, synthetic cannabinoids and cathinones have been widely used in club scenes throughout the world, often as substitutes for MDMA or as additives to other drugs. Both are usually intended to be ingested. However, some users may smoke, snort, or inject these drugs. Others may also use them in tinctures or as suppositories. They are commonly combined with other substances to produce different experiences for users.

How Do Synthetic Cannabinoids and Cathinones Work in the Human Body?

While often lumped together, synthetic cannabinoids and cathinones work differently in the human body to produce their effects.

Synthetic cannabinoids mimic the effects of natural cannabinoids in the body. That is to say, these compounds attach themselves to receptors in the body’s endocannabinoid system (ECS), which is linked to the body’s central nervous system. When synthetic or natural cannabinoids bind to ECS receptors, they cause all the effects associated with cannabis consumption, such as euphoria, slowed response, increased appetite, altered sensory perception, and others. As of present, there are at least 144 compounds known to activate ECS receptors, with more to be expected as researchers isolate and synthesize more compounds.

In contrast to synthetic cannabinoids, synthetic cathinones are closer to MDMA or methamphetamines in that they produce stimulant effects on the body. Synthetic cathinones limit the absorption of dopamine in the body, which temporarily boosts dopamine levels in the bloodstream. Dopamine is a hormone responsible for facilitating signals throughout the central nervous system, including the brain. When the body is flooded with dopamine, signals between nerve cells pass much more easily and erratically, causing the types of effects associated with cathinones and other stimulants.

As with other stimulants, taking cathinones results in increased focus, alertness, loss of appetite, and increased libido among other effects. In contrast to what has often been reported in the media, hallucinations are not a typical effect of either natural or synthetic cathinones. These effects are likely due to mixing cathinones with LSD or other psychoactive drugs or from the resulting sleep deprivation when taking these drugs.

What Are Substance Use Disorders?

The use of synthetic cathinones and cannabinoids has been linked to substance use disorders. Following updates to the Diagnostic and Statistical Manual of Mental Disorders (DSM-5) released in 2013, “substance use disorder” has replaced “substance addiction/substance dependence,” as well as “substance abuse.” Abuse and dependence were previously identified as separate conditions, where in the current DSM-5, they are one condition with criteria for severity.

Synthetic cathinone use disorder and synthetic cannabinoid use disorder are conditions where these substances are chronically misused. As with other substance use disorders, qualified psychiatrists use 11 criteria for determining the existence and severity of these conditions. Incidences need to be within a 12 month period from testing to be considered.

If you suspect that any of the above criteria items apply to you or a loved one, contact a psychiatrist or other qualified treatment expert immediately. Only a physician is qualified to diagnose substance use disorders and discussing your options early can facilitate better outcomes during treatment.

What Are the Risks of Using Synthetic Cannabinoids and Cathinones?

The chronic misuse of synthetic cathinones or cannabinoids can have serious effects on the central nervous system as well as create other secondary health effects.

Regular synthetic cathinones use can cause health effects similar to that of MDMA, methamphetamines, and other commonly-used stimulants. Long-term use and large doses have been associated with the following:

What Are the Treatment Options for Synthetic Cannabinoids and Cathinones Use Disorders?

There are a variety of options for treating patients with a synthetic cannabinoid or cathinones use disorder. Treatments depend on a patient’s individual circumstances. Repeated substance misuse can trigger mental illnesses or exacerbate preexisting conditions, which can indirectly lead to a physical deterioration in the patient. Patients may also have underlying conditions that make them more vulnerable to a relapse. More than one substance use disorder may be involved as well. These and other factors all have to be taken into account by the attending physicians before a specific treatment could be recommended.

Long-term users of synthetic cannabinoids or cathinones may also require withdrawal management. This is often done in the controlled environment of a hospital or rehabilitation center so that the patient’s body can safely detoxify and so that attending staff can immediately administer required medical intervention if needed.

In the majority of cases, repeat sessions of individual and group counseling will be recommended during and after treatment. Other therapy or professional training may be included to further improve the odds of creating a positive outcome for the patient.

The rapid rise in the use of synthetic drugs has presented a challenge for physicians, drug treatment professionals, and public policymakers alike. As use disorders related to synthetic cannabinoids and cathinones are relatively new phenomena, there isn’t as much literature or historical data to rely on for effective detection and treatment.

However, the similarity of synthetic drugs to their better-studied natural counterparts as well as other related drugs has given experts some good starting points and a number of tried-and-tested options for treatment. Even now, good recovery outcomes can be expected with prompt intervention.