As one of the most popularly prescribed benzodiazepines, Valium (generic name diazepam), enjoys the dubious distinction of being one of the most common medications misused by the public. 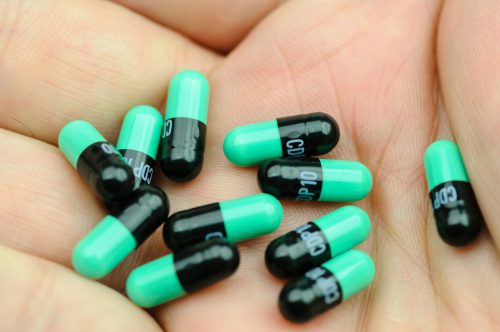 The main danger is in how quickly one can get hooked on the drug. Though the ingestion of Valium is not recommended for more than four months, it can be possible to develop a Valium use disorder within a few weeks of use. Unlike some popular drugs, habitual Valium misuse can occur across age groups, making misuse an issue that affects most groups of Americans in similar measure. As instances of death due to overdoses have more than quadrupled since 1996, the drug presents a latent danger for both those holding legitimate prescriptions and individuals who obtain it illegally.

In this article, we’ll touch on Valium’s effects, the signs of long-term misuse, and treatment options for Valium use disorders.

A Brief History of Valium

Today, Valium is one of the most used sedatives and anti-anxiety drugs on the market. Diazepam, the generic name of the drug popularly known and marketed as Valium, was the second benzodiazepine developed in the late 1950s by the Hoffmann-La Roche pharmaceutical company, following chlordiazepoxide (Librium). It was released onto the market as Valium in 1963.

Librium, the first widely available benzodiazepine, had been on the market for three years before Valium’s release. Valium was marketed as an improved version, with almost three times the potency. In a few years, Valium sales surpassed that of Librium to become the dominant benzodiazepine class drug on the market.

While many other benzodiazepines have been introduced since, Valium and other diazepam brands continue to be popularly prescribed due to their relatively low risk and their effectiveness at controlling anxiety symptoms compared to barbiturates, the class of drugs previously used for this application.

From 1969 to 1982, Valium was the top-selling drug in the United States, with sales peaking in 1978 at 2.3 billion tablets. Sales slowed down as physicians began prescribing other drugs and therapeutic approaches to controlling anxiety. While physicians still prescribe Valium for controlling anxiety and epilepsy symptoms, prescriptions are more controlled due to their potential for chronic misuse.

While considerably safer than the barbiturate drugs they largely replaced and other benzodiazepines, Valium is dangerous when combined with other drugs, particularly other depressants such as opioids and alcohol. A growing number of deaths have been linked to this type of combination drug misuse, leading to progressively more controls being implemented to restrict the use of Valium as well as other similar sedatives. Today, the FDA has Valium and other benzodiazepines tagged as Schedule IV drugs and individual states have also passed laws to limit their use.

What Are the Medical Applications of Valium?

Valium, or diazepam, is a drug commonly prescribed to treat anxiety, seizures, and alcohol withdrawal. Patients undergoing a medical procedure may be given Valium as a sedative. Valium may also be prescribed to treat sleeplessness or muscle spasms. As a drug in the benzodiazepine class, Valium works to depress brain and other central nervous system processes.

The use of Valium and other benzodiazepines are widely prescribed for the treatment of the following conditions:

If you are prescribed Valium, be sure to ask about the side effects. Asking what are the side effects of Valium is important because this drug has a variety of both short and long-term side effects that can be potentially dangerous.

The short-term effects associated with Valium include euphoria that occurs as the drug level in the body peaks. People usually experience a distinct lack of coordination that resembles alcohol intoxication during this period. After the peak of the high, the brain speeds up again and the user experiences a crash. This rebound often involves feelings of irritation, anxiety, and possibly depression. Some people also notice stomach cramping and a rapid heart rate. Users may respond to these feelings by taking more Valium or taking a different drug to reproduce the calm, sluggish feeling.

The potential short-term side effects of typical doses of Valium include but are not limited to the following:

Higher doses can also cause the following immediate effects:

People who use the drug frequently may experience a different set of Valium side effects. Long-term use usually leads to building a tolerance to the drug. A person will need to take more of the drug to produce the same feelings of euphoria. Taking higher dosages incurs a risk of developing a severe Valium use disorder and overdosing.

Long-term use can lead to hallucinations, memory loss, and breathing difficulties. Some people experience a slow heart rate, and heart attacks as well. Falling into a coma is also a serious risk, especially when combining Valium with other sedatives such as opioids and alcohol. A Valium use disorder can cause emotional issues such as depression, aggression, and psychotic behavior, which could lead to social isolation, issues with job performance, and financial problems.

Since Valium use can have side effects similar to inebriation and sedation, poor driving skills serve as a common red flag of abuse. Valium addiction and abuse can lead to drowsiness, dizziness, muscle weakness, memory problems, nausea, and vomiting. Individuals who misuse Valium may also experience memory problems, vision troubles, and a loss of libido. Those who ingest high dosages of the drug for extended periods may develop seizures, tremors, and incontinence. Psychiatric and mood disorders may also result from long-term abuse and can manifest as confusion, aggression, depression, and/or hallucinations.

Withdrawal symptoms that appear after attempting to lower your dosage can also indicate addiction. Individuals with Valium use disorders may suffer through muscle cramps, tremors, and irritability while attempting to taper off doses of the drug. It is important to know that some withdrawal symptoms may be serious enough to lead to convulsions and even death. Psychiatric symptoms like psychosis and hallucinations can also be present and are some of the more profound Valium use disorder symptoms that require medical treatment.

Here are some of the most common side effects of long-term Valium misuse:

If you suspect that you or someone you know has problems with Valium misuse, you must contact a qualified specialist immediately. Valium withdrawal can be extremely uncomfortable and even fatal in some cases. Getting treated sooner rather than later can dramatically improve an individual’s odds of long-term recovery

Find the right medical team to manage withdrawal and Valium use disorder symptoms through BetterAddictionCare’s nationwide recovery network. Our pre-screening tool can help guide you to a treatment facility that specializes in Valium use disorder recovery that is currently accepting new patients.

How Are Valium Use Disorders Treated?

In severe valium use disorder cases, a safe inpatient withdrawal management program or “detox” assisted by highly trained medical professionals is often recommended. While the particular symptoms experienced during Valium withdrawal can depend on co-occurring disorders, the severity of a use disorder, the frequency of use, and how much Valium the body has become accustomed to, withdrawal can cause serious damage if not monitored and managed by a trained medical team.

Skilled medical professionals can develop customized plans based on a patient’s needs, making individuals with substance use disorders feel comfortable while being weaned from the drug. By going through a recovery program rather than attempting to “self-detox” by one’s self, potential harm can be reduced while simultaneously improving recovery rates.

Though undergoing rehabilitation for a Valium use disorder can be an intense experience, recovery from the disease can be well worth the time and effort required for successful completion of an inpatient program. While in rehab, one can expect to taper off from the drug while also undergoing counseling to address the root causes of the disease.

Start healing by taking the first steps to get sober. Call today to speak with a counselor who knows and understands the challenges of Valium addiction and can suggest rehabs near you that will work with your private insurance. At Better Addiction Care, we strive to provide the best treatment options for those struggling with addiction.

Get the Help You Need Through Better Addiction Care

At Better Addiction Care, we work with a nationwide recovery network of the top treatment centers that offer customized counseling to assist patients. We can also match you with a facility that’s best for your needs.

If it’s time to get sober and start healing, call today to speak with a counselor. You can also fill out our contact form on our website and a client care specialist will reach out to you. We are ready to help you find the right inpatient facility that will deliver individualized therapy by highly trained professionals. Get help now to end the cycle and take back your life.