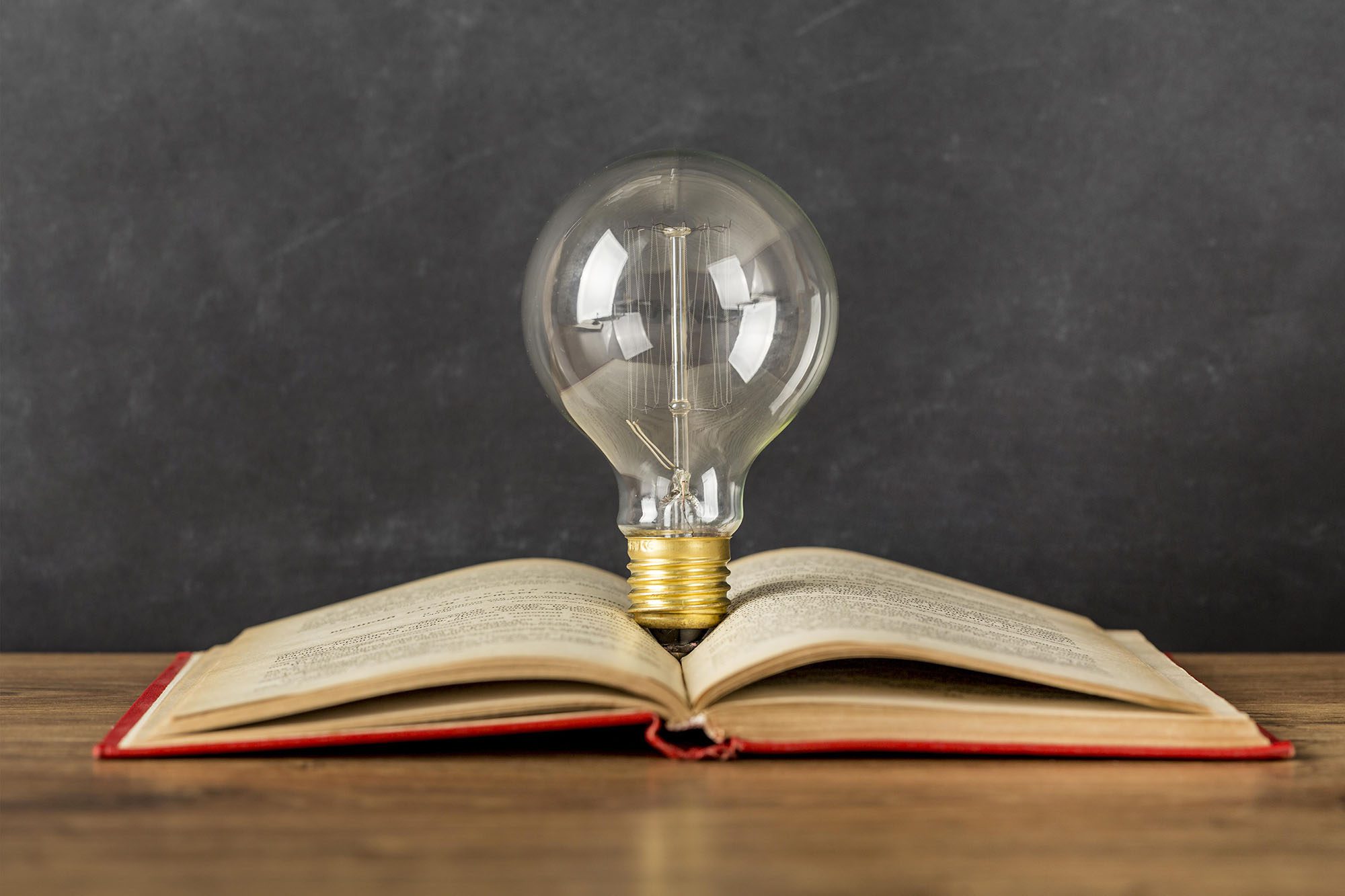 In 2018, the National Institute on Alcohol Abuse and Alcoholism (NIAAA) pegged the number of American adults with an AUD at 5.8 percent, which, while a decline from previous years, still pegs it as the most abused substance in the US.

AUD is not always obvious and has been normalized in American society over the generations. This sometimes makes it difficult for patients and their families to know the true extent of an alcohol abuse problem. By better understanding what alcohol use disorders are, patients and caregivers may be better able to contextualize their current situation, hopefully making the treatment process less confusing.

What Are Alcohol Use Disorders?

An alcohol use disorder is currently defined by the National Institutes of Health as a “chronic relapsing brain disease” that causes compulsive drinking, usually negatively affecting other aspects of a person’s life. It is now the preferred nomenclature for conditions previously described by the terms “alcohol abuse” and “alcohol dependence (sometimes also known as alcoholism),” which were separate conditions in the American Psychiatric Association’s Diagnostic and Statistical Manual of Mental Disorders, Fourth Edition (DSM–IV).

In the current Diagnostic and Statistical Manual of Mental Disorders, Fifth Edition,” (DSM-5), updated in 2013, the previously separate conditions of alcohol dependence and alcohol abuse are now classified as a single disorder — alcohol use disorder, or AUD. AUDs are further categorized as mild, moderate, and severe.

A diagnosis of AUD may be given if a patient meets at least two of 11 criteria within 12 months. Whether the AUD is mild, moderate, or severe is based on the number of criteria that apply. The criteria for AUD is as follows:

If more than one of these signs frequently applies to you or a loved one, please consult a medical professional immediately.

What Is “Alcohol Abuse”?

“Alcohol abuse” is a dated term that has been superseded by “alcohol use disorder” in the DSM-5. However, the term is still occasionally used by substance abuse specialists to describe any misuse of alcohol. Binge drinking, drinking while pregnant, combining alcohol with contraindicated substances, drinking while driving, and even underage drinking are all considered forms of alcohol abuse.

Difference Between Alcohol Abuse and Alcoholism

“Alcoholism/alcohol dependence” and “alcohol abuse” were distinct terms used to describe related but separate conditions in the DSM-IV. While alcohol abuse referred to the misuse of alcohol, alcoholism or alcohol dependence was defined as a specific condition where the patient has a strong physical and psychological dependence on the use of alcohol. It’s important to re-emphasize that these terms were both supplanted by “alcohol use disorder” in the current DSM-5.

Risks and Effects of Alcohol Use Disorders

Alcohol can have differing effects on individuals, depending on how much is consumed and the person’s genetics and physical condition. In general, however, alcohol consumption is strongly linked to a number of short-term and long-term risks.

How Alcohol Abuse Affects the Body

There are many ways alcohol abuse the body. Not all ways will happen to all bodies, but all are possible and none are worth it. According to the National Institute of Health, these are some of the most common effects of alcoholism on the body.

Additionally, binge drinking and other forms of alcohol misuse temporarily elevate the following risks for most individuals:

Note that occasional alcohol use may not necessarily be a sign of an AUD, even if the above situations have happened to an individual.

Long-term regular alcohol use is strongly linked with a long list of serious conditions.

How Alcohol Affects the Brain

Many people begin drinking excessively because they find some satisfaction in the effects it has on their minds. Some find relief in forgetting temporarily their problems. Others believe it will help them get through stress or depression. Whatever the reason, drinking excessively affects the brain in a variety of ways.

How Alcohol Affects the Family

According to the National Council on Alcoholism and Drug Dependence, “addiction is a family disease that stresses the family to the breaking point.” Alcoholism is, to be sure, a disease that affects the family as much as it affects the individual, and in many cases more. Alcoholism effects on family vary wildly, including the effects of alcoholic parents on children, but there are some commonalities. Those who love the person who is abusing alcohol are often left to pick up the pieces, and many times these people are not emotionally prepared to do so. Some effects of alcoholism on the family include:

Alcohol-related deaths are a leading cause of death and disease globally, as well as in the United States. While opioid deaths have been prominent in the media in recent years, alcohol-related deaths account for more substance abuse deaths than all other substances combined. In the US, the NIAAA reported that 2.6 percent of all reported deaths in 2017 had alcohol as a factor. As much as 10 percent of all deaths by working-age adult Americans have been attributed to alcohol. Almost a third of traffic fatalities in the US are attributed to alcohol as well.

People do not necessarily have to die to suffer from alcohol use. Alcohol use disorders have underlying medical costs as well. It was responsible in 2018 for 30 million emergency room visits, according to data taken from 945 hospitals in 33 states and Washington DC. We can surmise that there are millions more cases not accounted for due to the lack of accurate reporting.

The normalization of binge drinking in American culture, particularly among younger people and adults in the workforce, has also created a staggering cost to the taxpayer. In 2010, the Centers for Disease Control and Prevention (CDC) released findings that indicated the cost of alcohol use to the American economy at the time at $249 billion, nearly a quarter of a trillion dollars. Of this amount, the CDC pegs the costs due to binge drinking as accounting for 77% of the total amount. Most of the losses are attributed to drops in workplace productivity.

The CDC researchers also state that the cost is likely an underestimation, as information on alcohol use is often underreported or not reported at all. The suffering that could be attributed to alcohol-related injuries and diseases has also not been taken into account. Though no updates to the CDC study have been released since 2010, we can surmise this cost may have gone down slightly, due to the reduction of AUDs.

Despite a slight reduction in AUDs over time, alcohol remains the most abused substance in the US. Here are the most prevalent forms of alcohol use disorders.

Underage drinking, another common type of alcohol abuse, is also prevalent in the US. The CDC reported that about 11 percent of all the alcohol purchased in the US is consumed by someone under the legal drinking age. Underage drinkers are also far more likely to consume more alcohol per session than adults and are more likely to engage in risky behavior.

The CDC’s 2017 Youth Risk Behavior Survey found that 30 percent of American high school students drank alcohol. Of these, 14 percent binge drank and 6 percent drove after consuming alcohol. More troubling, 17 percent of those surveyed reported riding on a car with a driver they knew had been drinking alcohol.

Combining Alcohol with Other Drugs

Users of other drugs and intoxicating substances are extremely likely to use them with alcohol. This can intensify the effects of other substances or cause interactions different from either that of alcohol or the other drug alone. It is also common for people with drug dependencies to also abuse alcohol and have alcohol dependencies as well, which can complicate withdrawal management.

When substance abuse issues are brought up, alcohol is not always the first thing we think about. The cultural normalization of alcohol has, unfortunately, made it challenging for regular people to understand the scale of the issue. It also makes it difficult for patients and their families to see when the line separating moderate use and abuse has been crossed. Understanding the effects, symptoms, implications, and prevalence of alcohol use disorders can be an important step not just for helping people seek treatment, but also for ensuring everyone’s safety as well.