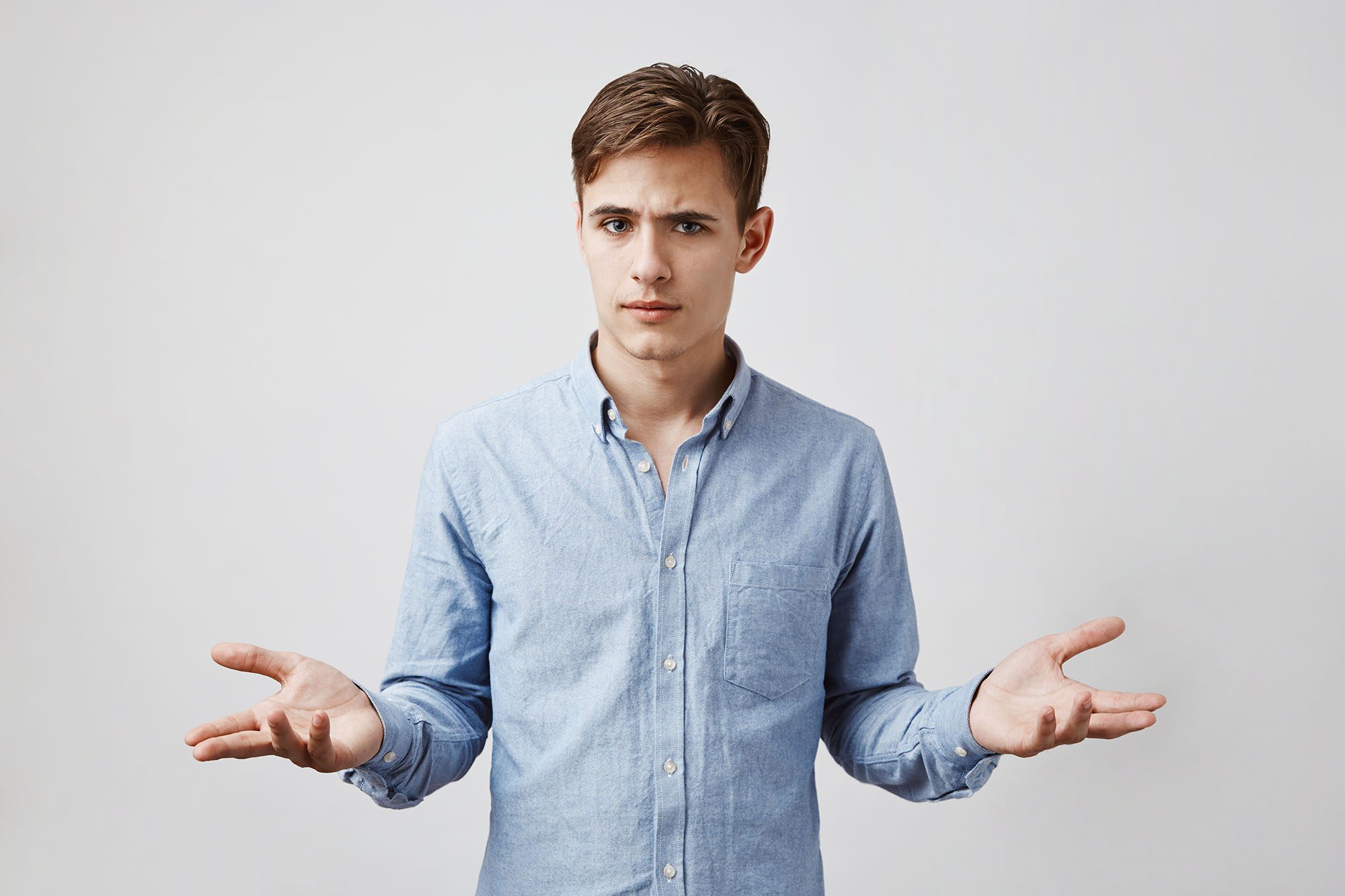 But these grim statistics only pinpoint towards a reality you already know: alcoholism deals a severe impact on human lives. Not only does alcohol use disorder affect the person suffering from it; it may also deal significant damage to the people around them.

This article provides an in-depth look on who the many victims of alcoholism are. It will also guide you to take concrete steps in protecting yourself, your loved ones, and your community from the dangers of alcoholism.

How Alcoholism Affects the Individual

The first victim of alcoholism is the person who is suffering from it. When they have already developed a tolerance to alcohol and have a physical dependence on it, they are in for a difficult battle against alcoholism. The condition may wreak permanent damage on their health, wellbeing, relationships, and prospects for the future, as detailed below.

Perhaps the most obvious indicator of the negative effect of alcoholism is on the user’s physical health. As the condition wears on, the user may find themselves vulnerable to the following risks:

These are the health consequences that someone with alcohol use disorder will have to live with in the long term. Unfortunately, some people struggling from alcoholism do not live very long to tell the tale. Alcoholism can result in immediate and tragic deaths from alcohol poisoning, injury, or drunk driving. The only way to reverse these fates is to intervene. It should not get to the point where a person develops an unhealthy alcohol consumption pattern that they cannot control.

Though excessive amounts of alcohol may at first result in feelings of relaxation and euphoria, these sensations will eventually give way to stress and anxiety. They will also distort the user’s judgment, ability to think rationally, and capacity to lessen their inhibitions.

Over time, the depressant effects of alcohol consumption will take their toll on the user. It will affect their alertness, concentration, memory, sleep patterns, and emotional wellbeing. Alcoholism may also work in tandem with a comorbid disorder, such as depression or bipolar disorder. When this happens, the symptoms of either condition may worsen, and the user may be at increased risk of overdose or death by suicide.

Someone struggling with alcoholism will also end up dealing with its negative effect on their relationships. They might attribute their poor judgment, hurtful words and actions, and neglectful treatment of their family members, friends, or coworkers to their alcohol consumption. But being under the influence cannot be an excuse for any of these. The damage dealt by someone in an intoxicated state is still damage that will take effort to repair.

Of course, the best outcome is for that person to do something about the problem. That is the only way they will be able to mend relationships that were broken by alcoholism. But even then, it will likely take time for these wounds to heal.

The person’s school or work performance may also be dealt a heavy blow because of their alcoholism. Their drinking may have taken a precedence over their workload, their fulfillment of their responsibilities, or their ambition to perform.

Like with relationships, academic and career prowess are hard to improve upon after a struggle with alcoholism. It will take a while for that person to acclimatize to sober life and hit momentum with school work again.

Constant daily or weekly spending on alcohol will also make a huge dent on the person’s finances. It is a serious problem if their expenses on alcohol take precedence over basic necessities, like food, rent, transport, and medicine.

Before they know it, they may also have racked up significant debt that will be difficult to pay back. This may also be a burden that they will share with the next generation.

The person’s life before alcohol use disorder may have involved healthy interests like hobbies, sports, music, or the outdoors. It’s from these interests that the person may have derived relaxation, fulfillment, and an active social life that didn’t involve drinking.

Sadly, alcoholism has the effect of taking the joy away from such pastimes. It may take a while for the person to recover their love for their interests after alcohol use disorder has taken its toll.

Standing with the Law

Another aspect of the person’s life that may be severely affected by alcoholism is their standing with the law. Alcoholism may be the root of crimes like driving under the influence, vandalism, destruction of property, or assault.

When these happen, they stay on the person’s record. They will also need to account for their actions by paying fines, being detained, or undergoing court-ordered rehabilitation for their alcohol use disorder.

The Damage Alcoholism Deals on Families

Alcoholism also makes a collective victim out of families. Spouses, siblings, or children suffer greatly when their loved one is constantly under the influence. They may not be able to depend on that person for the parental, financial, or emotional support they need. And to their great distress, alcohol use disorder may have transformed the family member they know and love into a complete stranger.

Alcohol use disorder may drive a wedge in the person’s marriage. Marital stress related to alcoholism can be because of dishonesty about drinking habits, words said out of line, risky sexual behavior, or domestic abuse.  Alcoholism can wound a couple’s relationship to the point where trust, respect, and goodwill are significantly eroded. Thus, alcohol must be out of the picture in order for the marriage to be saved.

Alcoholism also puts a permanent strain on parent-child relationships. A parent with alcoholism will likely struggle to be the role model their child needs them to be. The child may begin to resent their parent for neglecting them—or, on the flip side, they may eventually emulate their parent’s unhealthy behaviors.

Constant drinking will be a drain on the person’s individual finances. But it may also cause money problems that will affect their whole family. The family’s budget may eventually run dry because of the person’s spending on alcohol—as well fines, rehab, or medical treatment. That leaves significantly less for important expenditures, like school tuition, housing, or utilities.

How Friendships Suffer Because of Alcoholism

Some friendships don’t end immediately after the person begins drinking a lot. Perhaps the friend wants to give them a second chance or is too afraid to take a stand against their alcohol use. Perhaps the friend hasn’t made the link between drinking culture in their social group and alcoholism. Either way, people may sink even deeper into their alcoholism and lose these friendships all the same if their friends don’t discourage their drinking habits.

Isolation if Alcohol is Not Involved

It’s also common for those with alcohol use disorder to ditch friends or social situations where alcohol is not involved. As a consequence, the person may miss important milestones or healthy bonding opportunities with friends because they put alcohol first.

Distrust and Resentment Among Friends

Lastly, alcoholism can breed distrust and resentment even among the best of friends. Friends may cease to think highly of a person with out-of-control drinking habits. They may have also been lied to or been the subject of inconsiderate behavior. If the person expresses no desire to change from their ways, these friendships could be gone for good.

The Impact of Alcoholism on One’s Community

Lastly, alcoholism has a large social cost that can be felt across social classes, age groups, and ethnicities. Whether the problem occurs in an affluent community or a working-class one, its legacy will be a dangerous one. Here are the various ways that alcoholism can impact entire communities.

Financial Burden on the Community’s Coffers

Alcoholism is a costly condition to finance. Your local government may be spending millions of dollars on the healthcare and law-enforcement related costs of alcoholism. They may also be losing money due to lowered productivity from their citizens. That’s why local authorities see alcoholism as more than just an individual citizen’s problem.

The drinking culture that feeds alcoholism may also wreak havoc within the community. Ordinary citizens could have their property vandalized or destroyed as a result of drunken mischief. They could be caught in the fray of a drunken brawl and be gravely injured. Or, they could be run over and killed when a person is driving under the influence. Thus, even those in the community who do not suffer from alcoholism may still be targets of its destruction.

Negative Influences on Children and the Youth

A culture that tolerates alcoholism—or even celebrates it in some manner—will leave a disturbing effect on its children and teenagers. Kids may learn to accept a culture where binge drinking is just the norm.  They may also start believing that there’s little they can do when friends, family members, or schoolmates start abusing alcohol. Worse yet, they may even see heavy drinking as glamorous because it’s a measure of someone’s strength, manhood, or coolness. If that’s the case, there’s the risk that alcoholism will become an enduring intergenerational problem within one’s community.

Staying Free of the Burdens of Alcoholism: Your Personal and Social Responsibility

Alcoholism stands to impact you, your loved ones, and the people in your home community. That means that you have both a personal and social responsibility to keep alcoholism from dealing its damage.

Actions that you can take in your personal life include the following:

In addition, here are ways that you can exercise your social responsibility:

Alcoholism is a dangerous condition that leaves many victims in its wake. Protect yourself and your loved ones by learning what you can do before it is too late.

You can find additional resources about medical treatment and peer support for alcohol use disorder at Better Addiction Care. Let’s do all we can to keep alcoholism out of our communities.