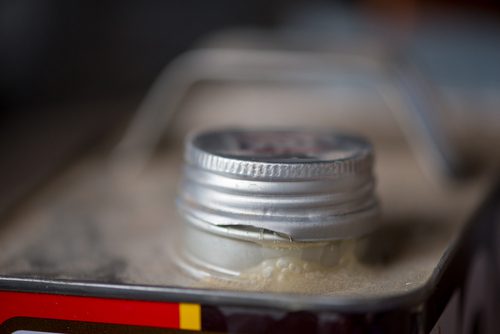 The latest data from the National Survey on Drug Use and Health (NSDUH) revealed that about 3.4 percent of teens aged 12-13 as having used inhalants in the past year, as of the study’s release in 2015. The incidence of use gradually tapers off with each older age group, with only 0.2 of adults aged 35 or older having done the same.

The reasons for this are likely down to the low income of younger users, the relatively low risk for chronic drug-seeking behavior from inhalant use, and the near-unlimited access to substances that could be used for a quick high. In other words, either users don’t find the experience worth repeating, or they transition to other substances with a “better high” when they can finally afford them.

However, despite the low overall use numbers, younger users are disproportionally at risk from the effects of inhalants. Repeated misuse has been shown to disrupt brain development and nerve function. While fatalities from inhalant misuse may be comparatively low, there is still a societal cost to having potentially hundreds of thousands of children grow into adulthood with stunted brain function.

This article serves to give a background into inhalants in the United States as well as the signs of inhalant misuse and potential treatments.

A Brief History of Inhalants in the United States

The practice of inhaling fumes from resins, oils, herbs, spices, and other substances for an intoxicating effect is an ancient practice that likely predates written history. There is evidence that ancient Egyptians, Babylonians, Native Americans, and East Asians have all engaged in the practice for possibly thousands of years.

One famous example from antiquity is the Oracle of Delphi in Ancient Greece. There is strong evidence that the priestesses of the Oracle inhaled intoxicating fumes to inform their visions of the future. Other peoples throughout the world have also attested to inhaling fumes of different plants for similar or social reasons.

The modern use of inhalants in a way that we would recognize is fairly recent. British scientist Sir Humphrey Davy began experimenting with “laughing gas” (nitrous oxide) in the late 18th century, ushering the modern era of inhalant use. While the medical potential of nitrous oxide was soon recognized, the euphoria that came from inhaling it was the more immediate reason for its subsequent widespread use. “Laughing gas parties” were a popular pastime for the well-to-do of the era, foreshadowing patterns of inhalant misuse today. Other inhaled anesthetics developed in the period, such as chloroform and ether, soon began to be misused similarly.

The wave of industrialization that continued throughout the 19th and early 20th century also brought about the development of substances that had primarily industrial and commercial applications that could nonetheless be used as inhalants. Gasoline, turpentine, glue, solvents, cleaners, and hundreds of other highly processed chemicals became widely accessible to millions of homes for the first time, leading to the discovery of more and more substances with fumes that could be inhaled for a quick high.

In North America, alcohol prohibition and The Great Depression both contributed to a marked increase in recreational inhalant use, both as a substitute for harder-to-source illegal alcohol and as a quick escape from the difficult economic circumstances. By the 1950s, inhalant use became a growing concern in mainstream culture. Continuing industrialization and the further increase of easily misused chemicals such as spray-can propellants, paints, nail polish removers, and more have gone on to the present era.

Today, many chemical products that were historically misused as inhalants have been reformulated to deter their misuse. Nevertheless, the easy access to virtually countless household chemicals has made preventing inhalant abuse to be a challenge in the present day. Children are especially likely to misuse inhalants due to their easy access and limited income compared to adult drug seekers.

Potentially tens of thousands of readily available products could be misused as inhalants. However, commonly-used inhalants generally fall under a few categories:

How Are Inhalants Used?

Inhalant users breathe in fumes through their nose and mouth. Often, some method is used to keep the gases trapped close to their face. In a practice often called “huffing”, substances are put in a plastic bag, in a mask, or some other barrier that keeps the fumes from dissipating quickly. Compared to other commonly misused drugs, the high from inhalants tends to last just a few minutes, which often causes users to continually inhale the fumes repeatedly to extend the high, further increasing the health risks.

How Do Inhalants Affect the Human Body?

Broadly speaking, solvent, gas, and aerosol inhalants affect the brain similarly to alcohol. These commonly used inhalants cause a slowing down in the central nervous system, including in the brain. While the specific mechanisms and experiences are different, these inhalants can cause a lack of muscle coordination, dizziness, euphoria, and slurred speech due to the slowing down of impulses in the nervous system.

Nitrite inhalants affect the body in a different way to other common inhalants. They can cause an expanding and relaxing of the blood vessels and muscles. This leads to a temporary increase in blood flow associated with feelings of euphoria. These types of substances are often used to enhance sexual pleasure by relaxing the smooth muscles in the anus and vagina and by removing inhibitions.

What Is Inhalant Use Disorder?

Most inhalants do not cause strong drug-seeking behaviors in users, partly due to the unpleasantness of the experience of most commonly misused inhalants. While inhalant use disorders are rare compared to other forms of substance use disorders, they can be serious, especially for children, who are at the most risk from misusing inhalants due to their accessibility.

A substance use disorder and its relative severity are diagnosed by a qualified physician according to the 11 criteria for SUD in the DSM-5. If you suspect you have an inhalant use disorder or some kind of SUD, consult a physician immediately to discuss your treatment options.

What Are the Risks of Using Inhalants?

Inhalant use has been linked to several immediate and long-term risks.

Light to moderate use of inhalants has been linked to the following:

Long-term use of inhalants has been associated with the following effects:

If you suspect someone you know is misusing inhalants, get in touch with a treatment specialist to learn more.

What Are the Treatment Options for Inhalant Use Disorder?

Patients diagnosed with an inhalant use disorder will not generally have several withdrawal symptoms compared to patients with use disorders for other substances such as alcohol and opioids. However, those that are suffering from an overdose or have a history of long-term misuse may need immediate medical intervention to prevent serious seizures and to help them expel the chemicals from their body.

Most programs for inhalant use disorders focus on therapy to address the root cause of substance misuse. Cognitive-behavioral therapy principles are often used to help patients avoid situations where they may be likely to use inhalants. Some programs reward patients for showing positive behavior after initial treatment as well. As many patients are likely to come from dysfunctional households, therapy sessions may look into helping patients deal with this aspect as well.

There is a real risk of brain damage for long-term inhalant users, particularly for patients that started as children or as teens. This can make it difficult for patients to hold down jobs after initial treatment. Some programs attempt to give them a better chance of finding gainful employment and thus avoid the incentive to use inhalants by offering some kind of professional training.

If you or someone you know might be suffering from chronic inhalant misuse, get in touch with a doctor to learn more about your options for recovery.

Conversations on the current substance abuse landscape in America tend to focus on drugs linked to overdose fatalities or violent crime, giving the false impression that inhalants are “deceptively safe” due to the low reported cases of use and fatalities. However, this overlooks the fact that children and teens, the group most likely to suffer serious effects from inhalant use, is the same one most likely to use them.

By better understanding inhalant use disorders and their wider context, you can better identify if someone in your household or workplace may need help. If you or someone you know has been chronically misusing inhalants, consult a physician or other recovery specialist immediately.