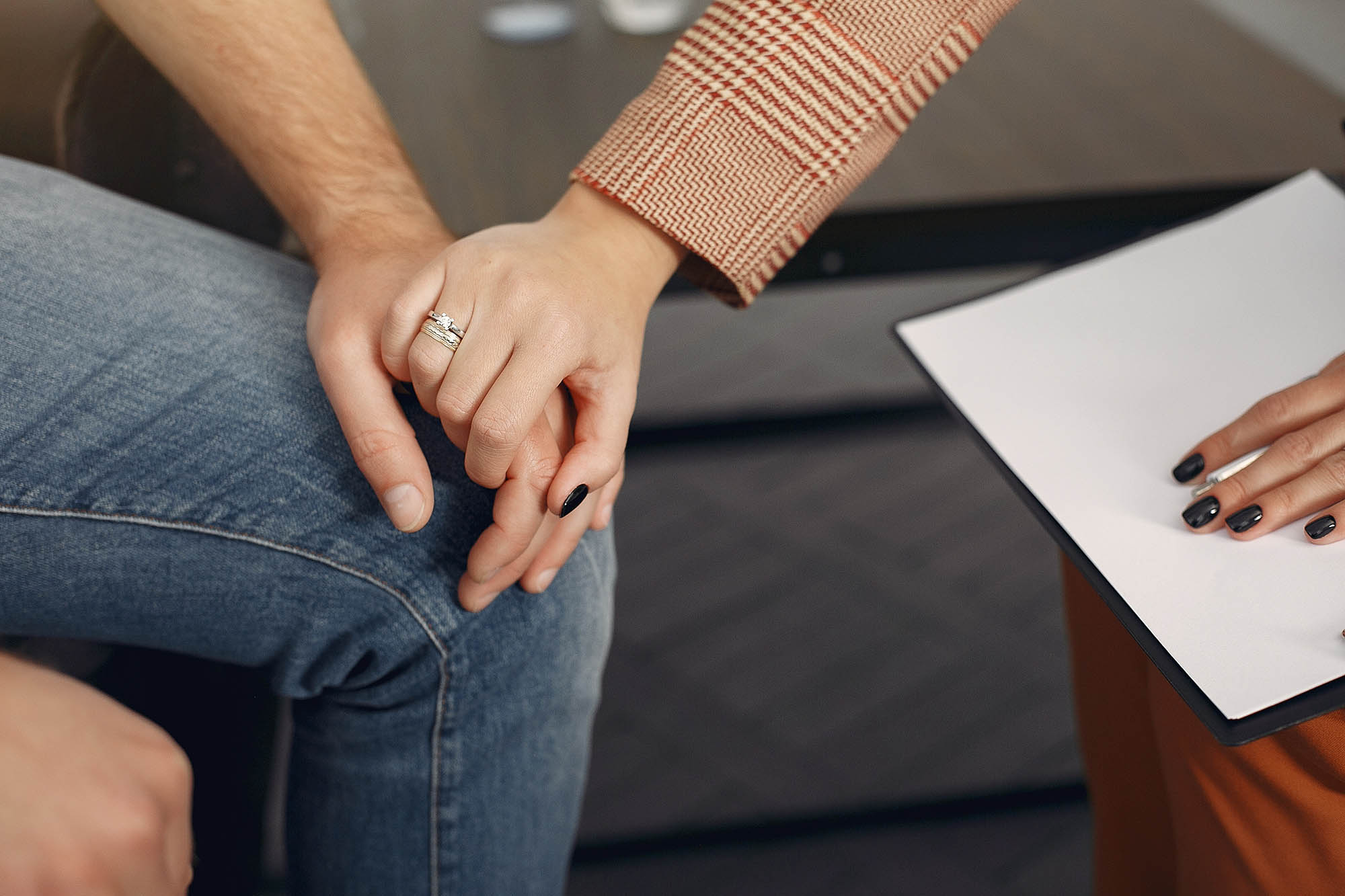 Heroin is an illegal, highly psychoactive drug derived from morphine, a naturally occurring opioid drug. Its common names include “Big H,” “horse,” “Hell Dust,” and “smack.” Pure heroin typically comes in white or brownish powder form mixed with starch, sugar, powdered milk, or quinine. It has a bitter taste and is taken through inhalation or smoking. Its counterpart, called “black tar” heroin, may be sticky or hard and looks like coal. Unlike pure heroin, this form of heroin is taken through injection after it is adequately dissolved in water.

Heroin binds with opioid receptors in the central nervous system. This mechanism accounts for both its analgesic and euphoric effects, which may both lead to addiction, and which is also responsible for the drug’s adverse effects, including respiratory depression. Compared to oral ingestion, intravenous injection of heroin rapidly produces its desirable effects to users, which is why this route of administration is much more preferred by heroin users.

In 1898, Bayer, a pharmaceutical company then based in Germany, developed and manufactured heroin. Heroin was originally marketed and distributed as a tuberculosis medication, as well as a “safer” and “less addictive” alternative to morphine, as morphine addiction was then a major problem in the US. However, much to the scientists’ surprise, heroin proved to be more potent and addictive than morphine, resulting in a major global public health problem.

Heroin is one of the most widely used illicit drugs across the country. According to a study by the National Survey on Drug Use and Health, 700,000 Americans reported heroin use in 2012 alone. The use of heroin is more popular among young adults, and users have consistently been increasing since 2007.

Heroin addiction and other substance use disorders arise as a result of many factors, most of which are familial and social in nature. The most important familial risk factors that lead to heroin addiction include childhood maltreatment and neglect, childhood trauma, parental substance abuse, parental divorce, and educational status. On the other hand, bullying, deviant peer relationships, and gang association are some social risk factors that contribute to the development of heroin dependence.

Heroin drug use is highly illegal and is associated with major health consequences. Intake of high amounts of heroin results in short-term effects including warm flushing of the skin, dry mouth, nausea, vomiting, severe itching. There may also be a heavy feeling in the extremities and drowsiness that can lead to impairment in the user’s cognition and mental function. Heart rate and breathing slow down and may result in life-threatening conditions such as coma and permanent brain damage.

Chronic abusers of heroin face long-term, sometimes irreversible health consequences. Permanent neuronal and hormonal changes may occur in the brain, resulting in impairments in decision-making, ability to modulate responses to specific situations, and regulate behavior. Heroin can also lead to physical dependence or tolerance, in which the user would require more and more of the drug in order to achieve the same effects in the body. When this happens, heroin use gets more difficult to reverse, as the user will have to experience severe withdrawal symptoms before complete cleansing of the drug is achieved.

Other long-term health consequences of heroin include insomnia, constipation, and mental disorders such as depression and antisocial personality disorder. There have also been reported cases of lung complications such as pneumonia and tuberculosis, which are believed to have resulted from the generalized poor health of the user and the drug’s effect on lung function. Chronic male users of heroin may suffer from sexual dysfunction, while female abusers may experience irregularities in their menstrual cycle.

Even the different routes of heroin administration are associated with specific adverse effects. For instance, intravenous administration of heroin can result in collapsed veins, cardiovascular infections, and other infections of the soft tissues. Some of the most serious health consequences of heroin use like HIV, hepatitis, and other blood-borne infections can result from indeliberate sharing of syringes, which can be transmitted to family members who are not even heroin users. Inhalation of heroin, on the other hand, can damage the nasal mucosa, which, when left untreated, can lead to the perforation of the nasal septum, the structure that separates the nostrils.

Successful heroin rehab relies on the utilization of appropriate therapies, both medical and psychosocial. Both approaches aim to control, if not to treat, the adverse consequences that may have resulted from heroin dependence, minimize symptoms of heroin withdrawal, and to improve the quality of life and restore normal function of its users. Since each approach offers unique benefits, integration of these approaches proves to be the most effective therapeutic option for most users.

As mentioned, one of the treatment goals of heroin addiction is to minimize withdrawal symptoms that a user may experience while in recovery, specifically during the detoxification stage. Detoxification is usually the first step in drug rehab, where physical dependence to a drug is reversed in order to control cravings and prevent relapse. Successful detoxification significantly increases a patient’s adherence to subsequent steps in the treatment process.

Heroin withdrawal occurs as shortly as within a few hours after cessation of drug use. Symptoms of heroin withdrawal may include diarrhea, vomiting, restlessness, and muscular and skeletal pain. They peak between 24-48 after the last dose and eventually disappear within a week. However, some at-risk patients may manifest withdrawal symptoms that can last for months. This poses a challenge to the treatment process as the patient may also persistently go into relapse.

Medications used in the treatment of heroin addiction work quite the same way as heroin itself, but are generally much safer to use and are less addictive. These medications have the capacity to produce the same physiological effects in the body as heroin without resulting in addiction.

Methadone acts by binding to mu-opioid receptors, which are the same receptors upon which heroin exerts its actions. Methadone is typically taken orally and reaches the brain more slowly, diminishing the euphoria or feelings of “high” that a user experiences when taking heroin, which in turn, reduces its abuse potential compared to heroin while at the same time controlling withdrawal symptoms. Methadone is a prescription drug only available for dispensation to patients through treatment centers.

Naltrexone is also an opioid agonist principally used in heroin rehab to aid in relapse prevention. It has the ability to block the release of dopamine in the brain, thereby reducing the analgesic and euphoric effects of heroin that may lead to addiction. This helps control drug cravings and decreases the user’s potential for relapse. In addition, naltrexone has little risk for abuse and overdose.

However, while naltrexone seems to be very effective in treating heroin dependence, patients being treated with naltrexone have been shown to have reduced compliance because of its daily dosing, which severely affects the effectiveness of the medication. As a solution, Vivitrol®, an injectable long-acting formulation of naltrexone was formulated. It is administered only once in a month, thereby increasing compliance among patients.

Like methadone, buprenorphine binds to opioid receptors, functionally blocking potent opioid agonists like heroin and inhibiting them from producing their euphoric effects, which eliminates their capacity to cause addiction. Unlike heroin, buprenorphine is safer in overdose as rarely leads to respiratory depression.

Buprenorphine comes in pills or film sheets taken sublingually. Studies have shown that a combination therapy of buprenorphine and naloxone has a higher efficacy than administration of either medication alone. Buprenorphine is approved for outpatient, office-based administration.

Behavioral approaches to the treatment of heroin addiction have been proven to have high rates of success especially when done in combination with pharmacological therapy. Most strategies, such as relapse prevention and contingency management, have options for delivery in outpatient and residential settings, which help facilitate successful integration of patients back into their community.

Contingency management interventions are based on the principle of positive reinforcement. In contingency management strategies in the treatment of substance use disorders, urine samples are collected at random days of the week. Negative urine samples indicate periods of abstinence and patients are rewarded with items or vouchers for each negative sample submitted. This fosters positive reinforcement among patients which translates into longer, more sustained periods of abstinence.

There are many issues surrounding heroin use and rehab that pose a threat in ensuring the quality and value of available treatment programs. For example, the stigma and discrimination still being attached to patients being treated for substance use disorders affect their willingness to seek and continue treatment. There is also a big gap between mental health and medical services. Lastly, there is a scarcity in the number of adequately trained health personnel which further hampers the capacity of treatment centers to provide quality treatment to patients.