How Long Do Drugs Stay in Your System 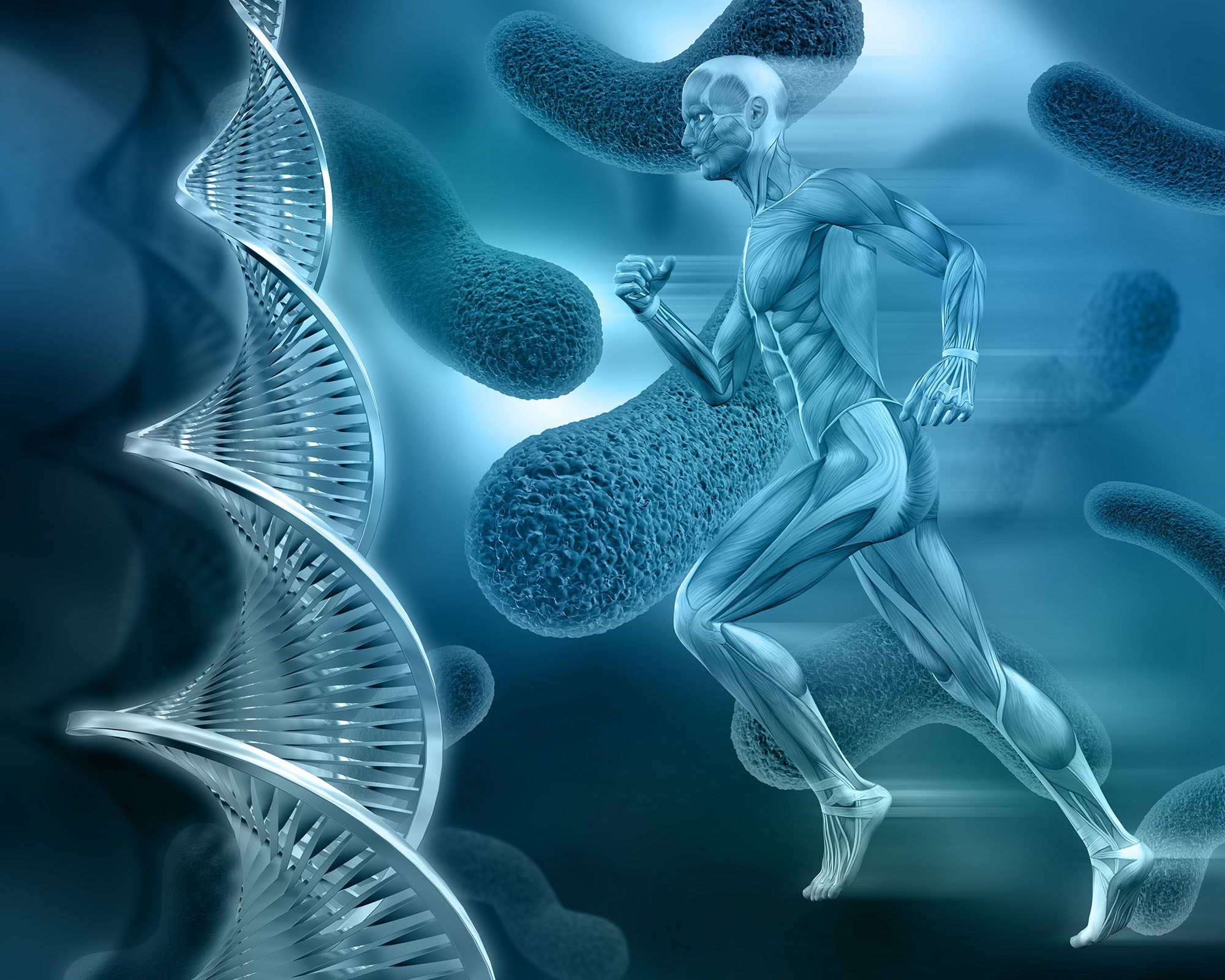 Accordingly, when people who use drugs (prescription or otherwise) are asked to take a test, one of the questions that come up is, “How long do drugs stay in my system?” It’s an important question, particularly on a medical standpoint. However, there isn’t a clear-cut answer because there are a lot of factors involved. Some of these include the person’s biological sex and even their weight and age.

Nevertheless, the Food and Drug Administration has come up with average times that certain drugs can show up in a urine drug test, which is the most common method used.

It should be noted that the length of each drug’s effects is a different matter. For example, the high that a person receives from cocaine can last anywhere between 15 to 30 minutes. However, as illustrated above, traces of cocaine can last in the body for up to 3 days.

What Are the Factors That Determine How Long a Drug Stays in the Body?

There are hundreds of varieties of drugs, both prescription and illicit, and all of these varieties linger in the body for different lengths of time. Some of the factors that affect this include the following:

Another factor that can influence how long a drug stays in the body is its half-life. Also called elimination half-life, this is the time it takes for a drug’s concentration to drop to 50%. In short, the longer a drug’s half-life, the longer it will be detectable.

It’s good to remember that different drugs have different half-lives, even if they are of the same type. For example, Valium and Xanax are both benzodiazepines but Valium has a longer half-life.

Knowing the length of a drug’s half-life is also crucial in predicting when withdrawal symptoms will come. This is an important element of drug rehabilitation, especially when it comes to preventing or minimizing painful symptoms.

What Kinds of Drugs Are People Tested for in Drug Tests?

Depending on the goal of the test and the type of drug the person is being tested for, different methods may be used. The most accurate is hair testing, which can determine the presence of a drug in a person’s body even 90 days after usage. Other methods include blood, saliva, sweat, and urine testing.

How Long Does THC Stay In Your System?

Drug tests usually look for THC, which is the psychoactive component of the cannabis plant. First-time users are more likely to pass a drug test compared to long-time users.

Many states have already legalized both medical and recreational marijuana; however, in states where it is illegal, employers and courts usually require drug testing for marijuana.

How Long Do Opioids Stay In Your System?

Opioids are drugs that are often used for pain relief. These include codeine, fentanyl, heroin, hydrocodone, and morphine. According to studies, about 2 million Americans experience the negative effects of opioid misuse annually.

How Long Do Benzodiazepines Stay In Your System?

How Long Does Ritalin Stay In Your System?

Stimulant drugs such as Ritalin or Adderall are used to treat narcolepsy, ADHD, and similar conditions. About 16 million American adults are prescribed these medications. There are also plenty of illicit stimulants such as cocaine, ecstasy, and meth.

How Long Do Hallucinogens Stay In Your System?

There are two kinds of hallucinogens: dissociative drugs and classic hallucinogens. PCP falls under the former category, while LSD is classified as the latter. Ecstasy is also considered a hallucinogen. This kind of drug is one of the quickest to disappear from the body, but can still be detected through hair follicles for up to 90 days.

How Long Do Barbiturates Stay in Your System?

Barbiturates such as amobarbital, secobarbital, and phenobarbital are central nervous depressants. The immediate result of these drugs is muscle relaxation, which makes them effective in treating insomnia and seizure disorders.

They aren’t as commonly prescribed nowadays, although more and more people are becoming dependent or addicted to barbiturates. This is because of the kind of high (which causes drowsiness and intoxication) that results from taking the drug.

How long does alcohol stay in your urine?

Alcohol is a form of depressant. It is also a commonly abused substance, which causes more than 80,000 deaths in the United States per year. Alcohol is, of course, legal for people over 21. However, should it be required, there are plenty of tests to detect the presence of alcohol in the body.

Usually, the alcohol tests are conducted during investigations as well as to confirm a former substance abuser’s sobriety.

Just as there are many reasons why people need to undergo drug testing, there are also many reasons why there are those who attempt to “beat” drug tests. Due to its relatively cheap cost and quick results, urine drug tests are among the most common in the United States. Thus, it’s also the one that most drug users try to “beat.” Some methods include detoxification, using additives, or submitting a substitute sample.

For detoxification, drug users drink excessive amounts of water or cranberry juice in the hopes of flushing the drugs through urination. Once the body is “cleared” of the drugs in an hour or so, the person can then submit an untainted urine sample. Meanwhile, additives are used to mask the presence of drugs. Usually, these come in the form of liquids, powders, or crystals.

Cheating drug tests is also rampant in other methods. For example, there are shampoos, conditioners, and cleansers that claim to erase traces of drugs from head and body hair. There are also kinds of mouthwash, toothpaste, and chewing gum that promise to result in clean test results for saliva-based drug testing.

However, it’s important to note that there isn’t any real way to “beat” drug tests. For one, drug testing laboratories are more than capable of detecting manipulated samples. In addition, many products that claim to cleanse or detoxify the body aren’t as effective or don’t work as quickly as claimed. In many cases, they don’t work at all.

If you attempt to cheat at a drug test and you get caught, the consequences will be more serious than if you’d tested positive. What’s more, trying to “beat” a drug test only means you’re delaying the treatment you need to move forward in your life.

How Do You Cleanse the Body of Drugs?

The only way to completely cleanse your body of drugs is to quit using them. Obviously, this is not entirely possible for those who need prescription medication to manage their diseases. However, for those suffering from addiction, quitting through the help of rehabilitation is the most effective means. Consult an addiction treatment professional to ensure that you get the safest and most suitable method.

Do note that quitting “cold turkey” can sometimes work for some people, especially those who haven’t been using drugs for a long time. However, even if the person is not addicted yet, it’s surprisingly quick to develop a dependence. What’s more, withdrawal symptoms can manifest even after just a few weeks of using drugs. Thus, it’s still best to consult professionals so that you know what to do no matter how a person reacts to quitting.

The first step towards cleansing the body of drugs is through detoxification. For casual drug users, this can simply mean eating healthy, drinking more water, and fasting to help the body flush out toxins. For heavy and long-time users, however, detoxification also involves various treatment and intervention methods to manage withdrawal symptoms.

Depending on the severity of the addiction and the withdrawal symptoms, a person may need either partial hospitalization or outpatient programs. Once the treatment is completed, it’s highly encouraged to avail services or activities that complement the results of professional rehabilitation. For example, someone can join Narcotics Anonymous or Alcoholics Anonymous to foster a sense of community. In turn, this can help a person maintain sobriety and even speed up their recovery process.

If you need help finding the right alcohol and drug rehabilitation facility, feel free to get in touch with Better Addiction Care at (800) 429-7690. Our free advisory service can help you or your loved ones find the best places for treatment and start the journey towards sobriety.